A city towering over the confluence

Terka Petingerová
Wrote 102 articles and follows him / her 6 travelers
(1 rating)
Sightseeing Cities
© gigaplaces.com
Suitable for:
Excursionist
They been there:
+5

Mělník is a town in the Central Bohemian Region located on a promontory above the confluence of the Elbe and Vltava rivers. The city was founded in the 13th century and was a royal city. As a dowry royal city, many Czech queens served for their stay. Mělník is also known for its wine. Charles IV, who brought vines from France, already contributed to the development of the local viticulture. The city is dominated by the castle and the church of St. Peter and Paul, which can be seen from afar.

The first mention of the castle dates back to the 10th century, when the castle belonged to Princess Emma, wife of Boleslav II. It was then owned by the wives of Czech monarchs. The last wife of Charles IV, who had Mělník declared a royal dowry town, Eliška Pomořanská, also lived here. The last queen here was the wife of George of Podebrady. Then the chateau fell into the hands of the Lobkowitz family, and later the Černín family from Chudenice. At this time, there were significant reconstructions to the current form. The last Černín heiress married the Lobkowitz family, who lived here until 1948. Since 1993, the chateau has been returned to them, gradually opened to the public, and the Mělník branch of the Lobkowitz family lives here to this day. 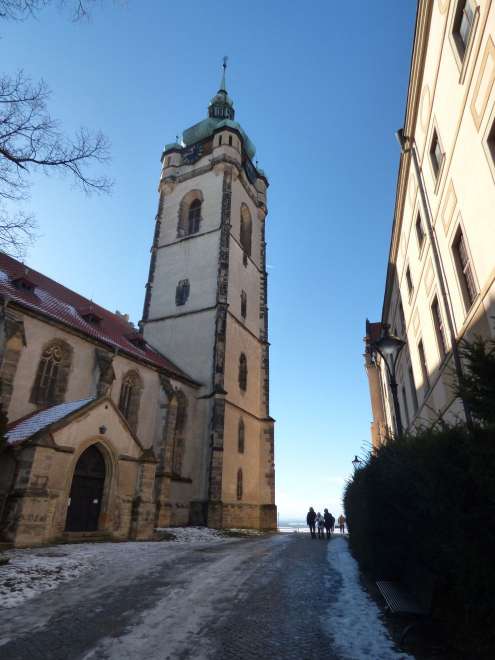 Church of St. Peter and Paul

The Mělník landmark is one of the oldest churches in Bohemia. The church dates back to around 1000, during the time of Princess Emmy. However, it did not acquire its current form until 1520. Adjacent to the church is a 60-meter high tower, which is accessible during the season and offers a beautiful view. You can also visit the crypt with an ossuary, where the remains have been stored since the 16th century.

Vineyards with various varieties of vines are directly adjacent to the chateau. Charles IV already supported viticulture here. and the winemaking tradition is preserved here to this day. You can choose from a number of local varieties of wines directly at the chateau, or sit in the wine bar.

Mělník Square attracts with its number of historic houses. They are dominated by the town hall with a turret. In the middle of the square there is a ring that marks the place where the famous well is located. This well holds the record for the widest well in the Czech Republic.

Another interesting attraction of this city is the local underground, which was created here since the 13th century. The local underground has 3 floors, which extend to a depth of 25 meters. During the tour, which is about 150 meters long, we will learn all about digging underground corridors and their use. The tour also includes an insight into the above-mentioned well, which with its depth (54 meters) and width (4.54 meters) arouses considerable respect.

The Prague Gate is one of two towers that were part of the city fortifications. It is a late Gothic building from the turn of the 15th and 16th centuries. Now there is a cafe and gallery.

The confluence of the Vltava and the Elbe

Now, as administrative Czechs, we have seen even our most famous confluence.

Behind the hikers to the settlement of Bílá skála and beyond

Trip along the D10 motorway

A tour of Stará Boleslav

A tour of Brandýs nad Labem