Dominika Charvátová
Wrote 119 articles and follows him / her 11 travelers
(1 rating)
Rock formations Walks
© gigaplaces.com
Suitable for:
Excursionist
They been there:
+5
They want there:
+5

In the Central Bohemian region near Mělník, more precisely above the village of Želízy, you will find this infernal beauty. The Devil's Heads are the work of the sculptor Václav Levý, who carved them here into sandstone rocks in 1841–46. The rocks are a respectable 9 meters high for Czech conditions. A walk from Liběchovice you can walk a pleasant about 11 km around the Klácelka cave, Devil's Heads, a rock snake or Harfenice. You can end the walk at the castle in Liběchov. 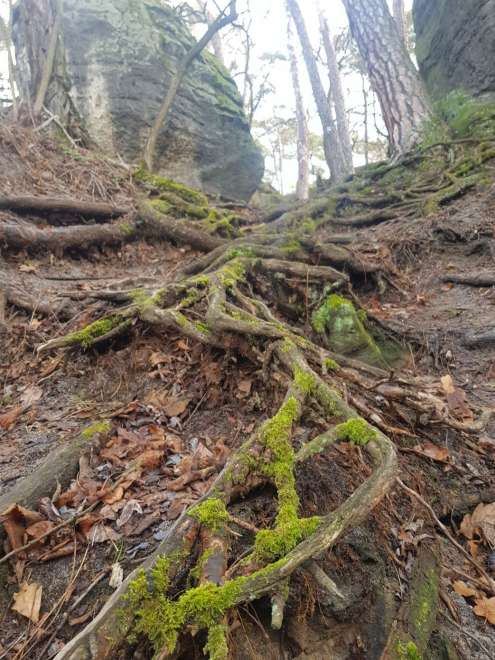 Climb to the rocks

We started our trip in Liběchov, where the bus from Holešovice goes. In the city center, we connected to the blue tourist sign that accompanied us along the entire circuit. After passing through the city and about 50 meters along the curb, the road turns right into the woods and begins to climb sharply up into the rocks. 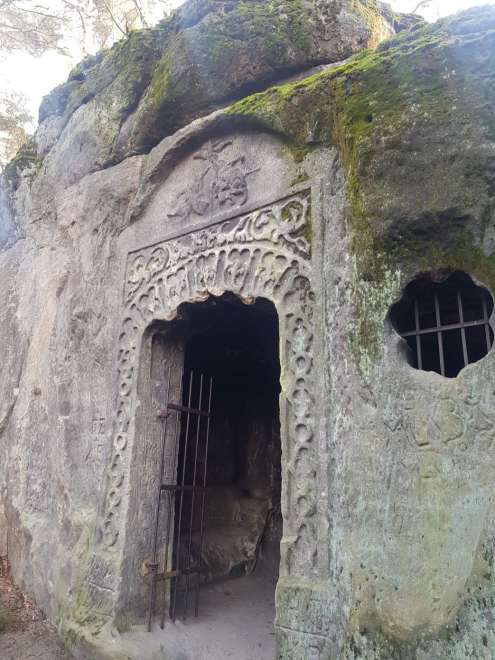 After a short climb, you will come across the first rock attraction on the way, the Klácelka Cave. The reliefs depict motifs based on the fable of Ferin the Fox by the writer FM Klácel. Animal figures symbolize human weaknesses.

The area in front of the cave is called Blaník and the reliefs of Jan Žižka, Prokop Holý and others can be seen from the rocks. 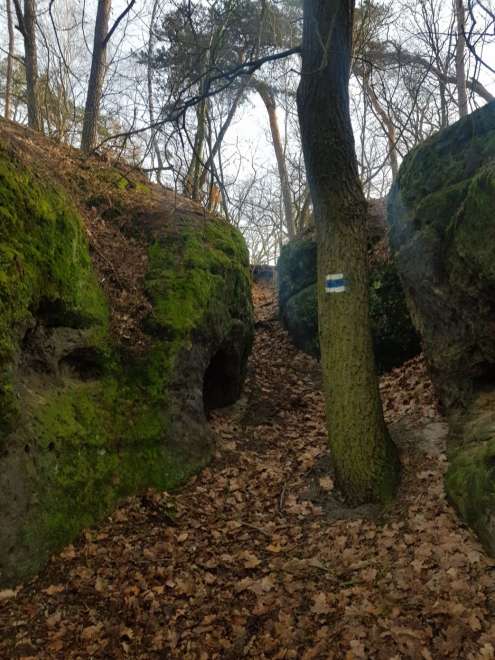 The path from the cave leads a little further up through a rocky gorge. Then you get to the top of the mountain. Here you go over a bridge arching over deep rock gorges.

From the top above the rocks, the path leads again steeply down to the valley, where the village of Želízy lies. Even from here you often go out into the rocks. You will also find several buildings here as from times long past.

After passing through the village of Želízy, still following the blue sign, we ascend from the valley steeply again to the top to the main attraction of our trip, namely the 9-meter Devil's Head itself. The rock massif is interwoven with several gaps and paths, so it is possible to go to the top of the rocks.

View from the top of Devil's Heads

There is a beautiful distant view from the top of the sandstone giants.

View of the church in Liběchov

From the viewpoint on the top of the Devil's Heads, you have a church in Liběchov in the palm of your hand.

We then follow the blue sign along the Liběchovka stream to the village of Tupadly. From here we have to get to the top of the hill again, because on the ridge we find other works by the sculptor Levý. One of them, which we come across as the first specimen, is the relief of a rock snake.

Nearby you will come across other rock parts of massive dimensions. It consists of carved human heads and also a cave guarded by a harpist.

A wide paved path suitable for cyclists leads along the ridge around the rock attractions. At the end of the forest before the beginning of the descent back down into the valley to the town of Liběchov, we get a view of Říp. Unfortunately, he is hiding behind the Mělník power plant.

Behind the hikers to the settlement of Bílá skála and beyond

A tour of Bezděz Castle

Giga List: The most beautiful trips in the Kokořín region

Kokořínsko and Mácha region – a large protected area where you can take a number of beautiful trips and tours. You will find… continue reading