Martin Javorský
Wrote 195 articles and follows him / her 9 travelers
(1 rating)
Cities
© gigaplaces.com
Suitable for:
Car tourists
Families with children
Families with a stroller
Seniors
Hikers
Excursionist
They been there:

Dačice is a town in the Jindřichův Hradec district located on the southernmost tip of the South Bohemian Region, however, it is already a historical territory of Moravia. The historical core of the city is a city monument zone and thanks to its location and infrastructure have become a natural center of this tip of our country. Thanks to its pleasant surroundings, where there are dense forests, ponds and historical monuments Canada. 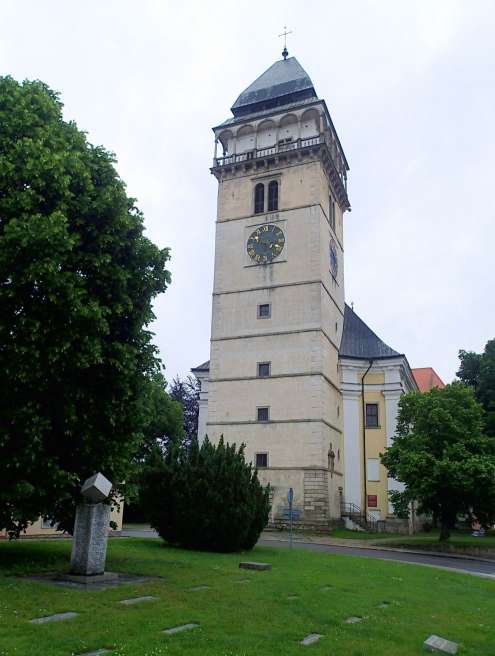 The city is famous for making the world's first sugar cube. It also promotes this fact properly and can be seen in the city center at almost every step. The first sugar cube in the world was made by JK Rad in the Dačice sugar refinery in 1841. This invention was then patented in 1843. A granite monument of a sugar cube, dedicated to a park in front of the tower of the parish church of St. Lawrence.

So here it happened

At the cultural house on Palackého náměstí we can see a memorial plaque announcing that the first sugar church in the world was made right here. The permanent exhibition dedicated to the production of the Dačice sugar cube can then be visited in the Municipal Museum and Gallery.

The first sugar cube in the world 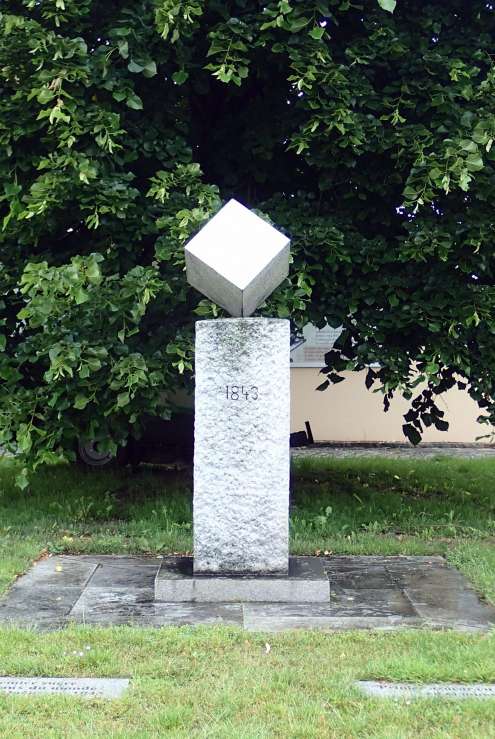 History of the formation of the first sugar cube

A native of Switzerland, Jakub Kryštof Rad came to Dačice from Vienna in the spring of 1840 to take over the position of director of the sugar factory. At that time, sugar was sold in large lumps, which in the kitchens still had to be chopped with a chopper into the necessary pieces for practical sweetening. His wife, Juliana Radová, once injured her finger while slicing a lump of sugar. With a blindfold, she walked over to her husband and said, „He said,“ Look at what happened to me. It's you damn bastards! Next time we can cut off our whole finger, either me or one of your daughters. Isn't it really possible to invent something smaller ?! ”Rad thought and tried, and success came after pouring the sugar flour into a copper plate with holes and squeezing the sugar in a press, then it was enough to let the sugar dry and the cubes were born. About three months later, he came to see his wife: „Juliano, I have a present for you. Something you've been wishing for a long time, "he showed her a box of about 300 sugar cubes. He had his process patented, and in the autumn of 1843, they began producing sugar cubes for the market at the Dačice refinery. The cubes flew around the world and were a great success. After reaping the applause in Vienna, the victorious campaign of the sugar cube around the world began. The present invention is manufactured by sugar refineries around the world to this day. The paradox is that even the production of sugar cubes did not save the Dačice sugar factory. In 1846, Rad resigned as director and moved back to Vienna. The sugar factory was completely closed after a few years. His authorship was soon forgotten and anyone was considered the father of the sugar cube. The sugar cube was elected by the Czech government in some promotional materials as a symbol of the Czech presidency of the EU Council in 2009 and the slogan "Let's sweeten it in Europe!“

In the western part of the city is the New Castle with a large park. The castle, first mentioned in 1591, has its current Empire appearance since 1831 and is a national cultural monument. In one wing of the castle is also the seat of the Municipal Museum and Gallery. There, of course, you will also find an exhibition dedicated to the sugar cube. The old chateau in the city center is a two-storey Renaissance palace from 1572–1579, which has a facade decorated with sgraffito and now serves as the seat of the town hall. 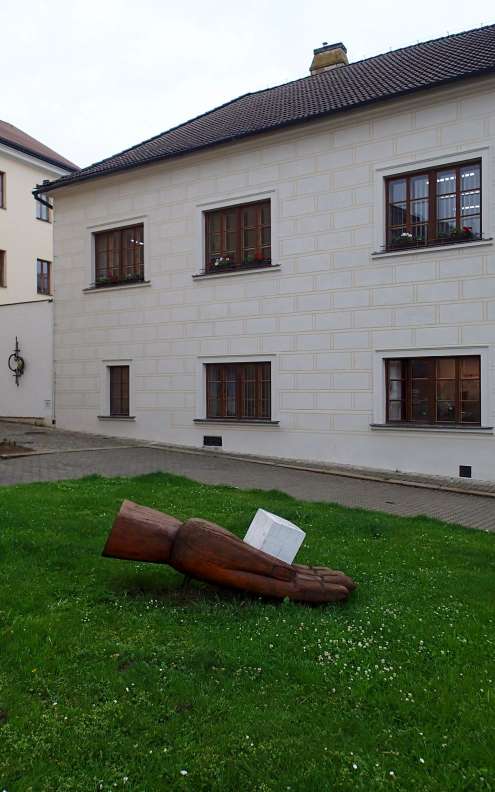 You can find more information in the local information center at Palackého náměstí 1. You can easily recognize it – in the park in front of it there is another work of art dedicated to a sugar cube.