Two mountains during one trek

Martin Halacz
Wrote 1 articles
(1 rating)
Hiking
© gigaplaces.com
Suitable for:
Hikers
They been there:
They want there:

The proximity of the Králický Sněžník and Hrubý Jeseník mountains directly encourages one to complete their ridge route leading over steep slopes and comfortable trails within a few days. The deep forests of the first alternate distant views from Keprník and Praděd. The picturesqueness of the mountain scent of a blooming landscape, sunsets over the rolling hills, deep valleys, the murmur of the coniferous sea, the singing of birds, the agility of squirrels, deer, the speed of chamois fill the individual scores completing the symphony of unfettered life.

The golden color of the hydrogen light is slowly filling my goblet. Distant views from the highest peaks Králický Sněžník, Keprník, Praděd, Vysoká hole lying above the forest border at an altitude exceeding 1400 meters are worth a visit. Thanks to this transition, I had the opportunity to taste the scent of life in three days without the conveniences of civilization and architecture of right angles. The natural shapes and designs tested over many millions of years of evolution bring peace and at the same time a strong charge of electrifying discharge at first glance of a peaceful landscape, under the surface of which energy called life storms.

The road to the first hill Sušina (1321m) starts at the train station Vysoké Žibřidovice. After the initial asphalt kilometers, the proximity of the foot of this mountain is already within reach.

Access to the footpath leading around the cascades of Prudký potok

Footpath by Prudký potok. There is no wide and comfortable road. The route leads through a dense forest, constantly jumping over a stream, wetlands and bushes on a steep hill. The surrounding nature, rather than the magnificent Czech mountains, resembles the Slovak wilderness. 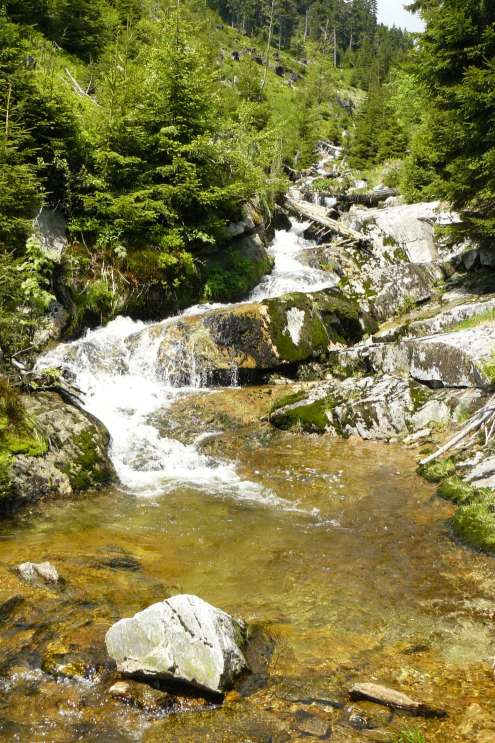 Here I present the route through one of the most beautiful and little visited places in Králický Sněžník. https://mapy.cz/turisticka?… 5B% 5D

On the way from Mount Sušina to Králický Sněžník

Abandoned peak during the working week

A flowing crowd of people descending from Sněžník at the weekend 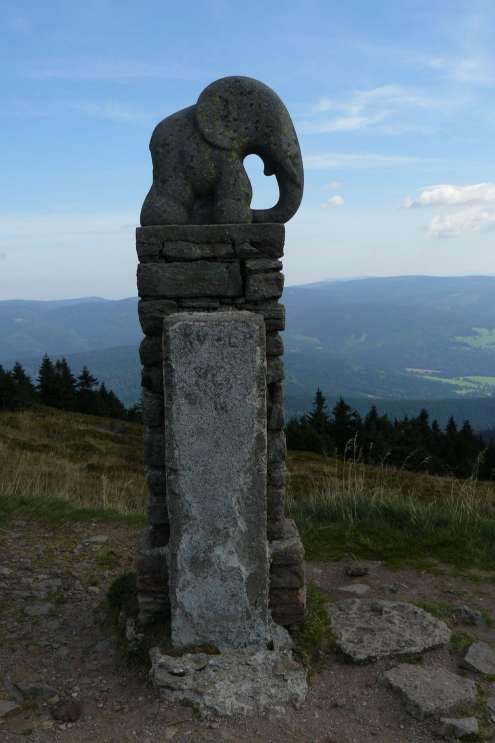 The unwritten symbol of Králický Sněžník. The statuette is located just below the top. In 1932, the German art association Jescher had it built here as its symbol. The statuette was designed by Amei Halleger, the wife of Kurt Halleger, a native of Šumperk, who was the leading figure of the association. The statue was carved by the stonemason company Förster from Zlaté Hory. The aim of the group was to culturally unite the Czechs and the Germans. Near the statue is also the source of the Morava River.

An unmarked path to healing springs. Although the famous well Adélin spring is located nearby, it is without uranium admixture.

In the middle of the forest there is a very rich healing radioactive mineral spring Čtrnácka. 222Rn activity in the range of 2243 – 2990 Bq / l. Found in the 1960s during a uranium survey, captured in 2006. Name by radiometric anomaly number. Due to its availability and sufficient flow, it is sought after for the collection of mineral water for medicinal purposes. The distance from the marked trail is only 300 meters (crossroads at the blue sign „Pod kapličkou“).

The next road leads through the woods through Kladské sedlo, where it is possible to stay in a local cottage for 300 CZK, Paprsek cottage to the end of the Králický Sněžník mountains. Ramzová is a common valley connecting this mountain range with Hrubý Jeseník. There are several hotels and cheaper accommodation. Unfortunately, the tourism industry made this place noisy entertainment reminiscent of Stodolní Ostrava. Noise music is regularly heard from some adjoining accommodation on weekends and weekdays. There is also a tourist lockable shelter, where it is possible to spend the night in an emergency with a mat and sleeping bag. However, for the reasons described, I do not recommend it.

Now from the deep forests of Králický Sněžník we climb steeply upwards to distant views. The Šerák (1351m) and Keprník (1423m) hills offer distant views of the already completed hike and the opposite end to Praděd. We have a large part of Hrubý Jeseník in the palm of our hand, including the upper reservoir of Dlouhá Strána. Sunrise or sunset from Keprník spiced with the warmth of our star is one of the unforgettable treats.

Vozka Rocks (1377m), a picturesque and at the same time mysterious corner, which is definitely worth a visit

an important transport hub dividing the ridge of Keprník and Praděd.

Moors of the Little Lake

The highest peak within reach

After 80 kilometers, I end my several-day journey at the Skřítek motor station, from where buses run to Ostrava and Olomouc. Hrubý Jeseník does not only form this ridge path. There are many picturesque nooks, valleys, rocks, overhangs and other wonders of nature. Sokolí skály, Divoký důl is one of the less visited. However, its scent strongly attracts lovers of less affected and modified nature.

Falcon rocks. Now the locals imported in 1913 from Switzerland

For me, the Wild Mine is the most beautiful area in the entire Jeseníky Mountains. The steep slopes are adorned with fallen tree trunks held back by crumbling rocks. The melody of the place is accompanied by a humming stream creating rapids and waterfalls. One definitely does not ride a bike here and just riding a bike side by side on a very narrow path is a significant problem. The tourist is often forced to avoid various obstacles. The blue marked hiking trail leads near the main highway leading from Ovčárna to Praděd. Despite this proximity, the Wild Mine is little visited. In winter, when one sinks to the waist in the snow, one is usually deserted even on weekends. The ferocity and freedom of nature sings a harsh ode to the endless cycle of life. Entry is at your own risk. Large boulders are in danger of falling due to their position and a certain caution is definitely in place.

The upper reservoir of Dlouhá stráně

A much-visited place in the Jeseníky Mountains 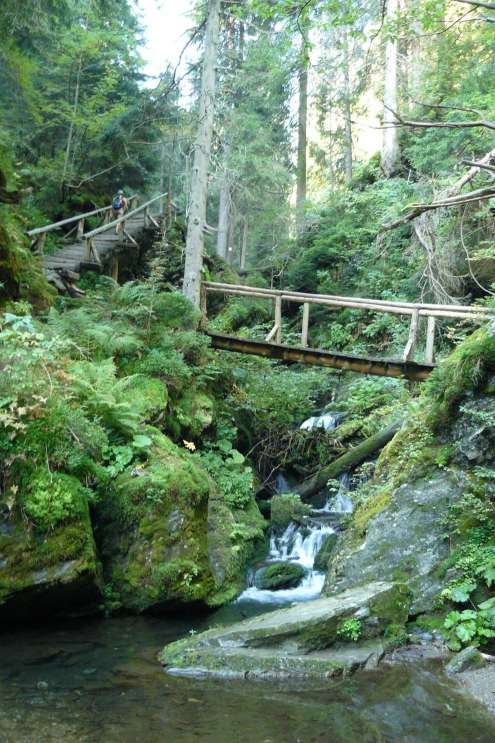 Very busy during the weekend

A path to Paradise

A trip to the Jeseníky Mountains and Králický Sněžník can be the gateway to Paradise.

Detailed information about the route

Ascent to Praděd, Sokol and Lyra

Giga List: The most beautiful mountain crossings in the Czech Republic

Although in the Czech Republic we will not find who knows how high the mountains can be, there are still a number of beautiful… continue reading

Giga List: The most beautiful hikes in Hrubý Jeseník

Before I go to the forest, Hrubý Jeseník is in the palm of my hand continue reading