Ladislav Kula
Wrote 51 articles and follows him / her 10 travelers
(1 rating)
One Day Trips
© gigaplaces.com
Suitable for:
Hikers
They been there:
They want there:

My friend and I started in the evening climbing from the parking lot from Horní Morava to the Klepáč lookout tower where we slept and the next day continued through Malý Sněžník 1326m to the top of Králický Sněžník 1424m and then over the Stříbrnická saddle along the second ridge over the peaks Sušina 1321m and Podbělka 1308m back to the car on Upper Moravia.

Exit from the parking lot from Horní Morava starts around 19:00. A blue sign leads us along an asphalt road at the crossroads Pod Klepáčem, where the sign changes to red and climbs steeply to a paved road that leads us to the border with Poland. From there, the sign rises again to the Klepáč 1144m lookout tower. Here we walk after the sunset sun. The lookout tower is built on a site with stone fields and it is just such a wooden structure at the top with a roof. You can sleep on it, but since there are no barriers, it blows a lot on it. In the morning we are woken up by a strong wind and the assumption of rain, so we set off in the direction of Králický Sněžník. Along the way is the Puchača saddle, where there is a small sitting area with a shelter. In the end, it doesn't rain, but rest and breakfast come in handy. From the saddle we continue along the green sign to Malý Sněžník, still along the boundary stones. They leave us at the top and we descend to Poland to join the forest road, from which before the ascent a turn leads back to our border with an ascent to Králický Sněžník following the red sign. The Jeseníky Mountains with Praděd and the Eagle Mountains and the Giant Mountains with Sněžka are beautifully visible from the top. We go down through the source of the Morava river and the Stříbrnická saddle. In the saddle, we change the mark to blue and climb slightly to the top of the same name. From here, an undemanding ridge with views of the region leads through a clearing, sometimes through a break and sometimes through the forest. We pass peat bogs, concrete bunkers from the Second World War, which are right on the sidewalk. At the Babuš crossroads, we change the green sign for a while to join the paved road along the blue sign leading to the Slaměnka mountain hut and the trail in the clouds. The blue sign leads further along a paved road down to the bobsled track, from where it descends directly to the car park in Horní Morava.

view of the valley of Upper and Lower Moravia

a beautiful moon could be seen from the lookout tower

Path of the ridge

Rocks on the ridge

rocks on the ridge 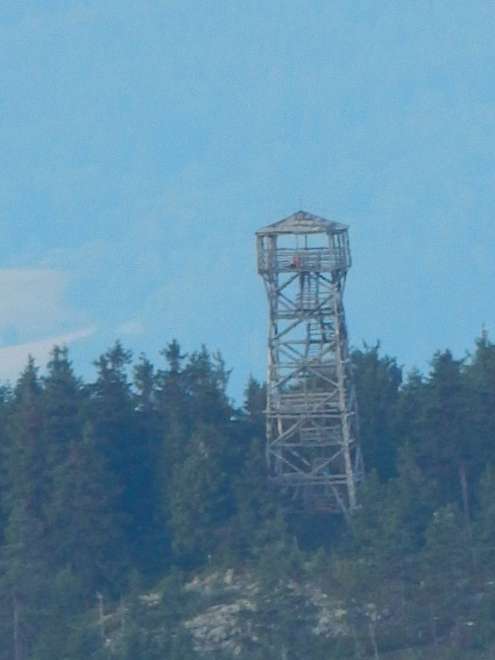 view of the lookout tower from the ridge on Malý Sněžník 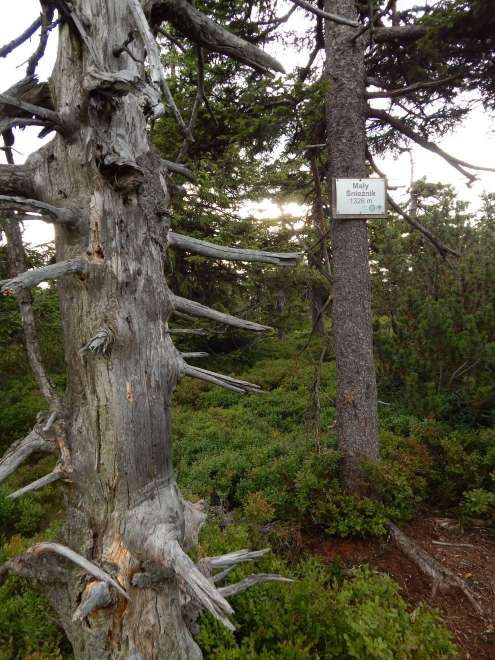 we searched for the top sign for a while, it is a little further from the road to the right in the direction of Králický sněžník

The 1424m high peak is quite flat, but there are still nice views of the region

Source of the Morava river

below the top is the source of the Morava river 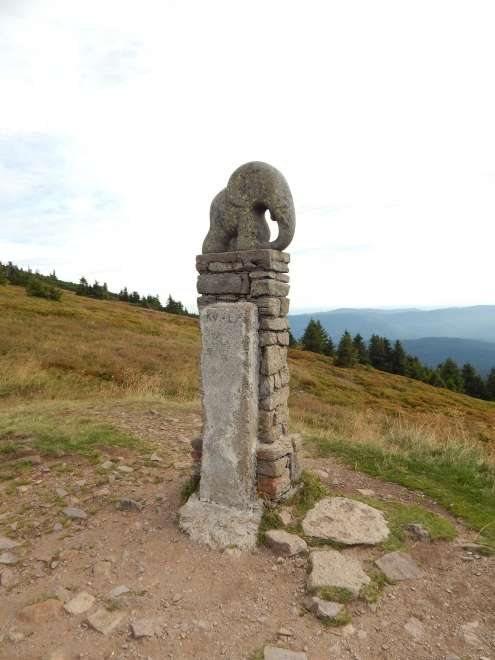 The statue of an elephant stands nearby, not far from the sign, but the footpath will guide you well

ridge path blue mark to the top of Susina

view of the opposite ridge with a lookout tower

in july, the mountains are full of flowering thistles and bumblebees that suck their nectar

Hike through the Earth Gate

Before I go to the forest, Hrubý Jeseník is in the palm of my hand continue reading