Land of wine, monasteries and marshals.

Petr Klauda
Wrote 22 articles and follows him / her 2 travelers
(1 rating)
Traveler Itineraries Travelogues
© gigaplaces.com
Suitable for:
Travelers
They want there:

Moldova, an almost forgotten country in Europe, which is still waiting for its tourist boom

Arrival to Moldova and Chisinau

When someone asked me why I actually wanted to go to Moldova, the answer was simple. Because I haven't been there yet. When I was browsing various pages about Moldova, there were still only a few interesting things to see, among which various wineries dominated, which, in turn, is not an attractive tourist destination for me. In the end, I decided to stay in this country for about 2.5 days, taking public transport, which means another two days on the way. It is possible to fly to Chisinau by plane, but it is a transfer and the time of the total flight varies greatly, as well as the price of tickets. The right adventurer goes by bus. Here it is necessary to take into account the driving time of about 24 hours plus or minus the bus, because the quality of roads in Moldova and eastern Romania is simply not ideal. In addition, there are downtimes at the borders. If you are planning a bus trip to Moldova, you will not find exact information on IDOS. Departures and stops are different from reality. Companies stop at gas stations or simply somewhere in the city center by the road and call passengers by phone when and where they arrive. I will not describe the fact that our bus broke down in Brno, perhaps only that it was amazing how Moldovan drivers got a new bus after 6 hours 1400 km from home. The journey went smoothly. On the Budapest bypass, we received an excellent goulash soup in the motorway (it was included in the ticket price) and several times during the trip a hot drink and a small snack. A little delay came at the Moldovan border, actually because of me, as the only non-Moldovan ranger. I had an interview for about 20 minutes, where I go, why, where I live, work, marital status, etc., even in three languages. First in Russian, then when I mentioned my work in Germany, we switched to German, and finally the customs officer confided in me that he once worked in the Czech Republic and ended up in Czech. Otherwise, if you do not speak Romanian, Russian is almost a necessity. I didn't get much English. We arrived in Chisinau only three hours late, instead of half past one to around five o'clock. That day I only planned a tour of Chisinau. The hostel I chose was about a 15-minute walk from the place where the bus dropped us off, so I managed to stay quickly and take a short tour of the capital. I also had to exchange my local currency. So you can find the MDL Moldovan lei in numerous exchange offices or banks in the city center on almost every corner. The exchange rate differed by about 1 Lei per Euro between the best and the worst exchange rate, and if you search, you can also get an exchange office where you can exchange Czech crowns. Moldova is not yet one of the places where crowds of tourists go, but even here the situation is changing a bit and travelers are beginning to discover this country. Chisinau does not have a classic historical center, it took over during air raids during World War II, so it is necessary to discover monuments a bit in several places in the city. I first head to the main street Stefan cel Mare si Sfint, on and around which there are several attractions. On the one hand, it is the local town hall with an information center, which is open on weekdays until 7 pm and you can get a free map of the city (as in the Czech Republic) and a simple map of the country with attractions. Otherwise, the experience of buying maps: in bookstores, maps are also sold in the form of brochures, which would certainly be free with us. There is also the Cathedral Park with the triumphal arch and the Cathedral of the Nativity, on the opposite side is followed by the Central Park of Stephen the Great with several fountains, in the next block Parliament (a typical building from the USSR) and opposite the newly built presidential palace (rather reminiscent of the renowned companies). I still forgot about the building of the National Theater of Opera and Ballet. The last building I went to was the Church of the Transfiguration of the Girl, and then I came back. Behind the town hall you can then notice the organ hall and the National Theater. The character of the city suddenly begins to change. High-rise buildings and blocks of flats are coming. Then I head to the main station. It is also worth mentioning the typically „Soviet“ hotel Chisinau. Followed by a large roundabout surrounded by shopping malls and Boulevard Yuri Gagarin I get to the station. The building is nice, but currently has little use. There are 3 passenger trains and about 5 long-distance trains with various travel restrictions per day. At the station, I still document a strangely painted steam locomotive and I'm coming back around the abandoned suburbs of suburban transport, which remember better times. However, I take it through the supermarket (shops are open here even until midnight) and I stop at a restaurant in the shopping center for shashlik. I can choose a wide range of … Karlovy Vary mineral water to drink. They go to the hostel by trolleybus. It is the most convenient possibility of transport in Chisinau, the ticket costs 2 LEI (CZK 2.50) and after boarding the guide will find you in a purple vest and with a disc reel mounted on the middle finger, and will gladly sell the ticket to you.

Hírjauca Monastery and the continuation of Chisinau 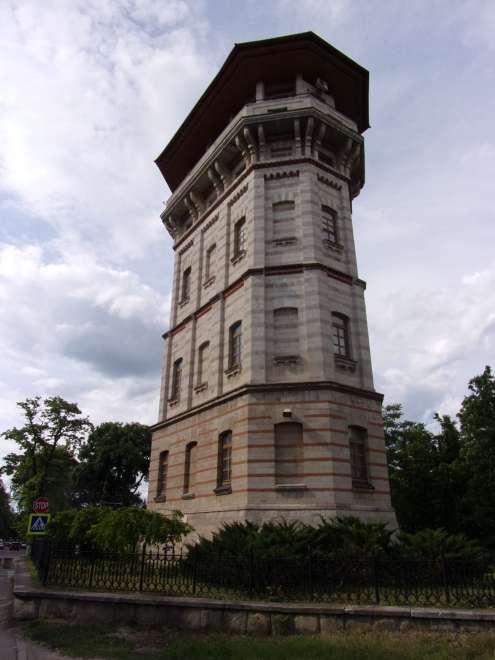 The Moldovan capital also has its „triumphal arch“ 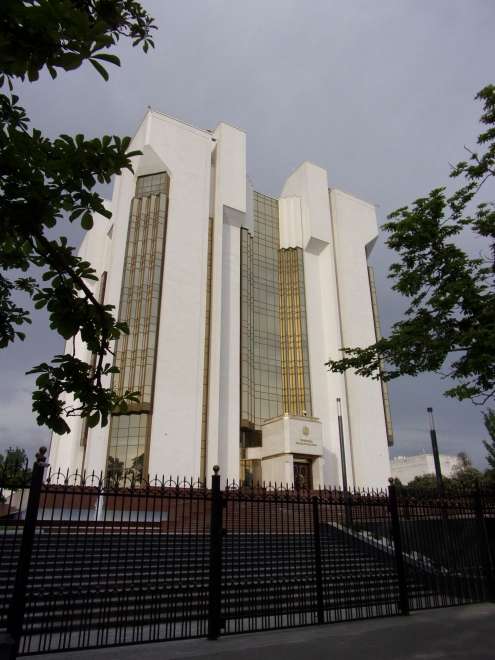 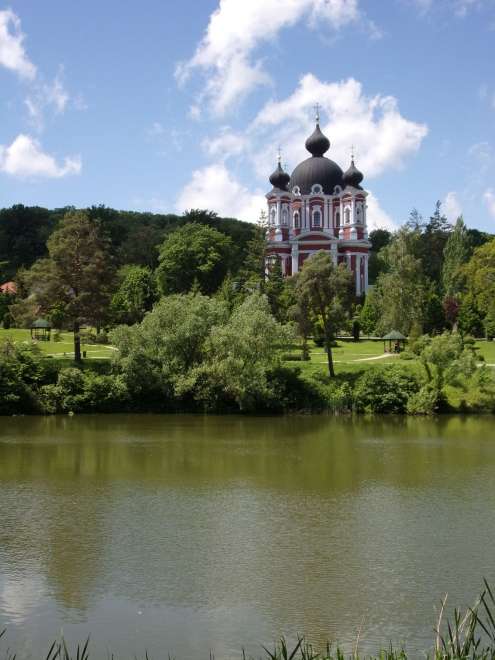 A monastery on the shores of the lake of the same name, built since 1775.

This view must not be missing in any guide. A stone cross near the Church of St. Mary in the area of the former housing estate Starý Orhei.

A beautiful monastery, which is part of the sanatorium in Codro.

Pleasant landscape with a lake near the village Hírjauca.

I saw the tower of this church from the sanatorium in Codro, about 2 km away, so I went to it

Hike through the Ceahlău Mountains

Visit to the monasteries of Voroneț and Humor

A walk through the Bucegi Mountains