Sibenik is a medieval town founded by Croats. It successfully resisted the invaders. Especially the Ottoman Empire. Thanks to its walls and fortress, in 2017 it became a UNESCO World Heritage Site. The most valuable building in Šibenik is the Cathedral of St. Jakuba. It was built in the years 1433–1555 and represents the most valuable Gothic-Renaissance building in all of Croatia. Today, this cathedral is a popular place for fans of the Game of Thrones saga. 13 km from Šibenik is a popular place, the Krka National Park.

The city is very large and this is a classic view of it. More than 30,000 people live here. 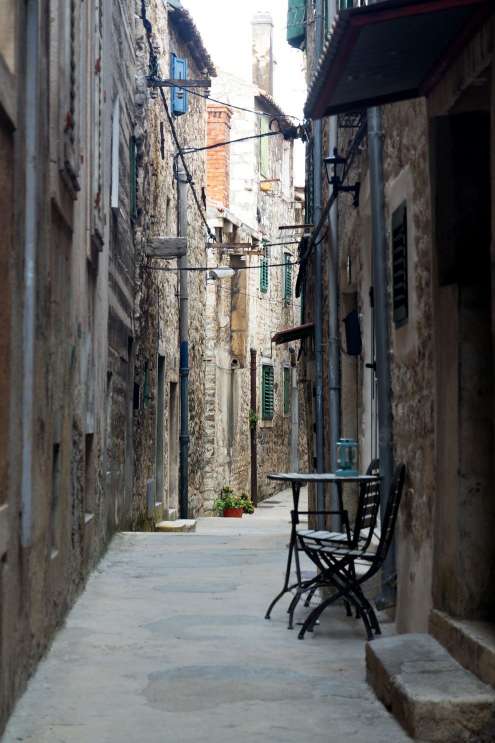 The more I get to know Dalmatia, the more I like the secrets of the alleys.

The Renaissance town hall is considered one of the most beautiful town halls in Croatia. Today there is a restaurant in this town hall. It was built in the first half of the 16th century

Cathedral of St. Jakub as the Iron Bank

It is the most valuable Gothic-Renaissance building in all of Croatia. In the series, Šibenik represented the city of Braavos, where the Iron Bank is also based, which guards the deposits of people from other cities. This place is so much visited

It is located in the center of Sibenik. This castle is the dominant feature of the city. It is one of three fortresses.

It can be seen from every side of Šibenik. It is a relatively young fortress from the 17th century, which has two parts and thus forms two fortresses out of three. They were built before the campaign of the Ottoman Empire, because the fortress of St. Michal would not resist pressure for a long time. These fortresses then stopped the Ottoman campaign.

A tour of the town of Nin

Visit to the town of Sucuraj

For most travelers and vacationers, Croatia is synonymous with beautiful swimming on the Adriatic Sea. But you will also find a… continue reading