Marian Gabor
Wrote 77 articles and follows him / her 5 travelers
(1 rating)
Hiking One day Hikes
© gigaplaces.com
They been there:
They want there:

The crossing of the Mlynická and Furkotská valleys can be described as one of the most beautiful and also one of the most demanding tourist routes in the High Tatras. The crossing begins and ends at Štrbské pleso and lasts approximately 6–7 hours, depending on the number of people, the route is 15 km long and overcomes a climb of over 1,000 meters.

The route starts at Štrbské pleso in front of the Helios hotel and we go towards the waterfall Skok along the yellow mark, which is the destination of a large number of tourists, then ascends the waterfall Skok to Ples pod Skokom, where a few years ago there was a year-round snow field. there only remnants of it. From this place we ascend directly to Bystrý sedlo, on the way we walk around Capie's lake. From the saddle we descend to the Furkotska valley to Vyšný Wahlenberg's ball, then walk past Nižný Wahlenberg's pless and just descend down the yellow mark directly to the Tatra highway, which goes from Three wells, or the second but slightly more time-consuming alternative is to go about a third of the way along the blue sign towards Chata pod Soliskom and the herd go straight to Štrbské pleso.

The views of the surrounding hills are shown from the moment we leave the forest zone and pass into the rhododendron zone. 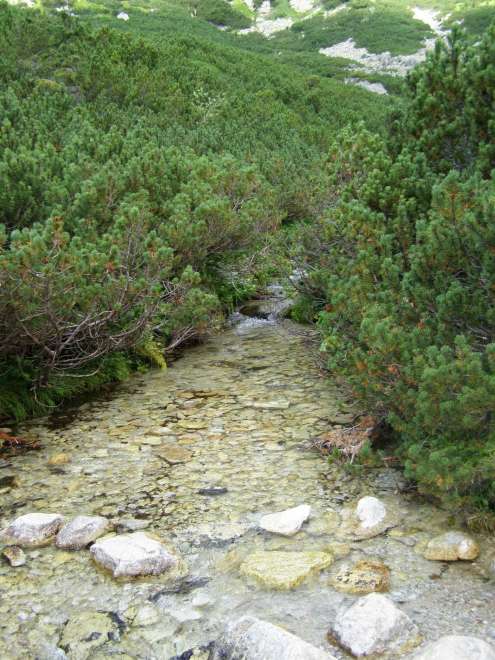 One of the first views of the waterfall jump and the end of the valley, which is still a few hours of pedaling from the waterfall itself. 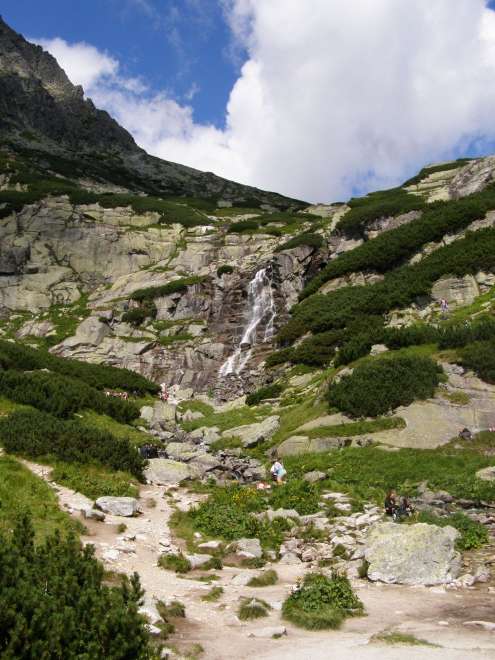 Waterfall jump on the left to see the exit route above the waterfall.

Surprise over the waterfall

In case of favorable weather, it is very easy to meet grazing chamois above the Skok Waterfall.

Capie pleso is located at the end of the valley and the most challenging part of it starts, the ascent to Bystrý sedlo.

In case of late arrival in the summer hours (around 13:00), you must take into account the advice, which makes this hike very unpleasant.

View not only of Capia but also of the Round Lake in the background with the Hlinská Tower.

View of the High Tatras peaks towards the Mlynická valley.

Final photo capturing the Furkot Valley before the storm in the background with the Low Tatras.

Ascent to Kriváň from Štrbské pleso

Ascent to Rysy from Poland

Although Europe cannot boast such high mountains as other continents, you will still find beautiful hiking trails and ascents. In… continue reading