Shortest and perhaps the most beautiful way from Spindleruv Mlyn leads through Kozi hrbety (“Goat ridges”) to tundra meadows around Lucni bouda (“Meadow hut”). This hike is famous by beautiful views not only of Dlouhy dul (“Long valley”) and the settlement of Svaty Petr (“St. Peter”), but also of Podkrkonosi (“The foothills of Giant Mountains”) and whole central Giant Mountains. In winter is this path often closed due to avalanche danger.

Spindleruv Mlyn in the summer

The trip begins in Spindleruv Mlyn (720 m asl). In the summer it is full of hikers, but even though there are significantly less visitors than in the winter ski season. The tourist’s path through Kozi hrbety leads along the red tourist trail /together with a green trail leading across Svaty Petr to Vyrovka that rises sharply right at the beginning to a small wooded ridge separating Spindleruv Mlyn from Svaty Petr. 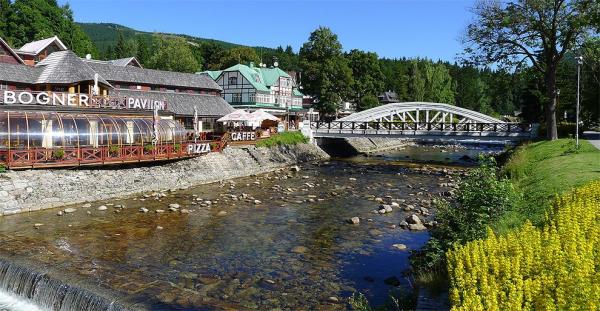 In the middle of a sharp ascent there is the church of Svaty Petr and a nice small wooden belfry. On the horizon you can see the top of Medvedin (1 235 m asl) with ski slopes. It looks unsightly out of season as almost every ski areal and ski slopes just deface the mountain landscape. 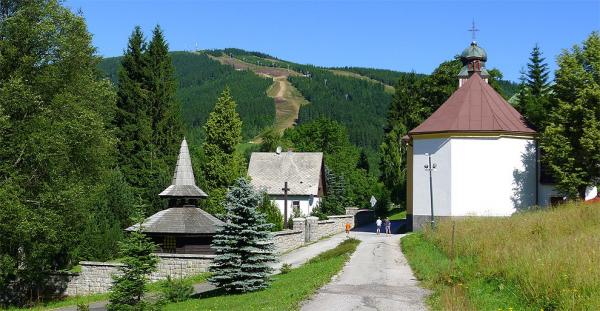 At the end of steep ascend, where the path enters to the woods, is the meadow with a nice gazebo overlooking Spindleruv Mlyn and the hills surrounding it. It is an ideal place for a snack. 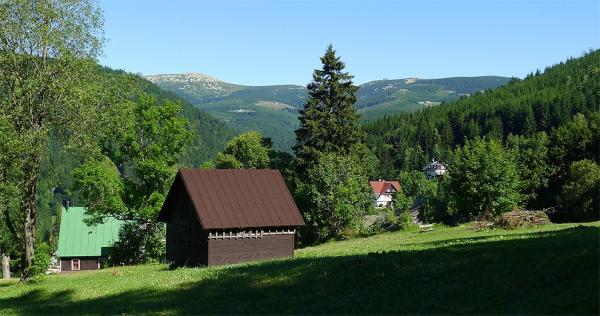 Above Svaty Petr - View of Stoh

After a few hundred meters in the woods, when the path rises significantly more freely, you will reach an outlook point of Svaty Petr and Lucni hora (“Meadow Mountain”) (1 556 m asl) – the second highest mountain of the Czech Republic, which dominates the horizon of Dlouhy dul valley.Here is the crossroads at which separates the green trail to Vyrovka. Ours way is marked in red and leads further along the contour line below monumental hotel Horal.Directly across the valley of Dlouhy dul is the mountain Stoh (1 324 m asl), whose slope is nicely "combed” with a piste. 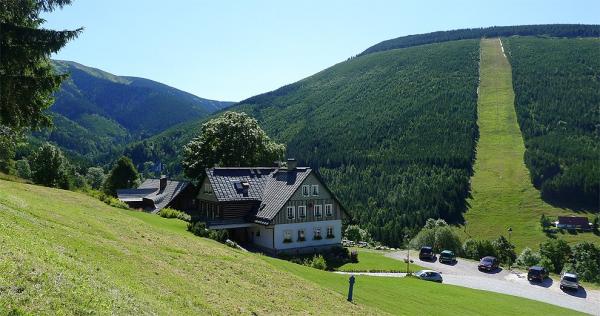 Meadows and huts in Svaty Petr

Then awaits you the first „forest“ stage, during which  you will not see much of the surrounding countryside. Fortunately, after about twenty minutes open a nice view of the valley around Dlouhy dul. If “pull” the camera a little to Svaty Petr on the horizon, you'll also clearly see the pass that you have walked through, hotel Horal and countless number of other huts built in the meadows above the valley. You will cross here a small clean stream, so it is an ideal place to replenish water during hot summer days. 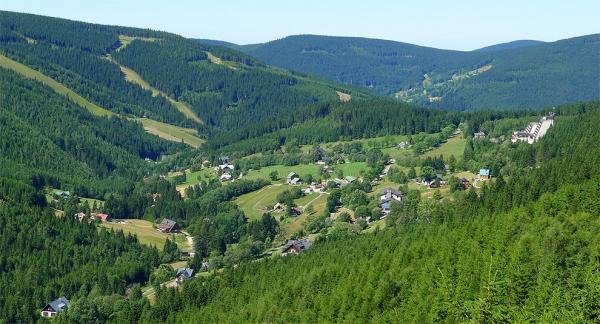 Far below you is already the path through Dlouhy dul and opposite heavily forested northern slope of mountain Stoh. Not clearly visible is also the blue trail leading along the contour line high in the slopes of this mountain connecting Spindleruv Mlyn with Klinove boudy. 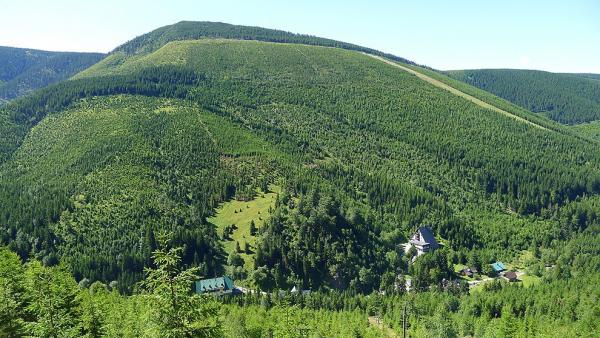 After a moment starts the most difficult and the most boring part of this whole hike – you again enter to the forest and ascend for very long time /in winter is the terrain often slippery or you fall into deep snow/.

Finally, the view of the debris fields open in front of you /in winter avalanche fields/ and bare ridges including Lucni hora. There is still long ascent before you, but already more entertaining thanks to views of the surroundings. 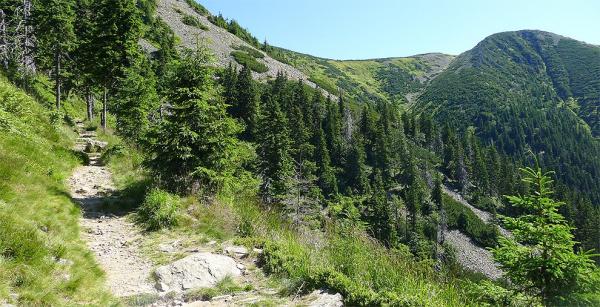 The path, sometimes paved, rises over debris / avalanche slopes. There are sometimes chains and small iron bridges to help. The views outside the Giant Mountains improve with increasing altitude. It is possible to see Jested, hills of Podkrkonosi (“Foothills of the Giant Mountains”) and in good visibility also Macha region, Kokorinsko (“area around castle Kokorin”) and Lusatian Mountains.

From here you can also clearly see the place, where you got out of the forest. 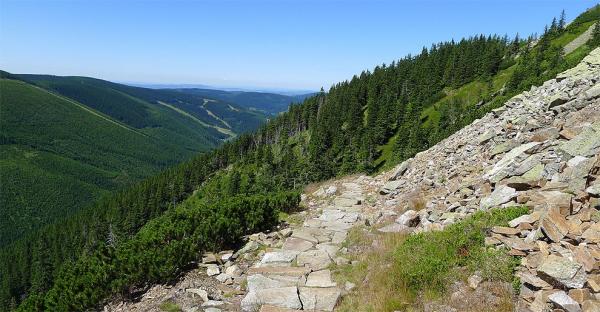 You slowly approach the pass between Krakonos and Lucni hora and the bottom of Dlouhy dul is already several hundred altitude meters below you. From this view is Stok not as gigantic as it seemed from Svaty Petr. The slopes continue even further to Zadni Planina (1 423 m asl). 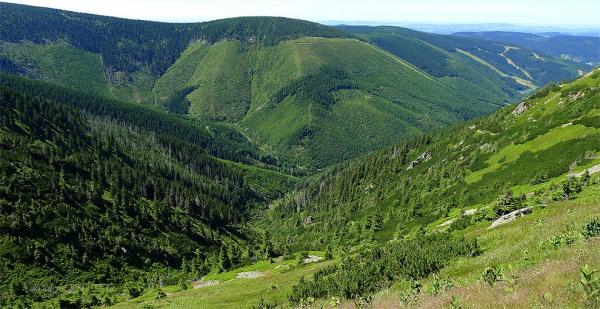 One of the most beautiful passages of this hike are just below the pass – you can clearly see jagged ridge of Kozi hrbety /see the introductory slide of the photoreport/.

A little higher you are already in the pass (1 420 m asl). It is charming here not only in the summer, but also in winter.

It is worth to come a few dozen meters away from the pass to the outlook point Krakonos (1 421 m asl), from where there is a beautiful panoramic view of the valley of river White Elbe and the peaks of western Giant Mountains.

On the way to Lucni bouda

After returning to the pass awaits you the final slight descent to Lucni bouda. It is less than thirty minutes and 2 km of relaxed walk. Horizon is dominated by Snezka (1 602 m asl).

This last part of the stage leads in picturesque landscape full of flowering meadows with views of Velke Kolo. The wind blows here quite frequently in winter and there are passages where you will fall down into snow, so the walk will be significantly slower than in the summer. There is a well, so you can replenish water here.

Due to the extreme weather (considering Czech conditions) that mostly prevail here, there is similar vegetation as in Siberian tundra. Above the path rises the moderate ridge of Lucni hora. 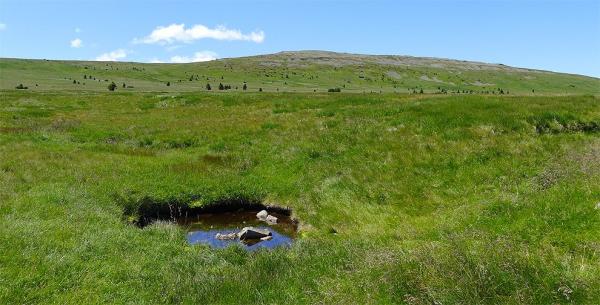 After less than three hours walk you will come to Lucni bouda. A short way before it there is a turning marked with blue trail to the valley of White Labe /one of the ways, how to get back to Spindleruv Mlyn from here). Another frequent option is to cross Modre sedlo (“the Blue pass”) and return across Vyrovka through Dlouhy dul, which you could see often from the top during this walk. If you met only a few tourists on the way till now, it can change – a lot of people can be here. 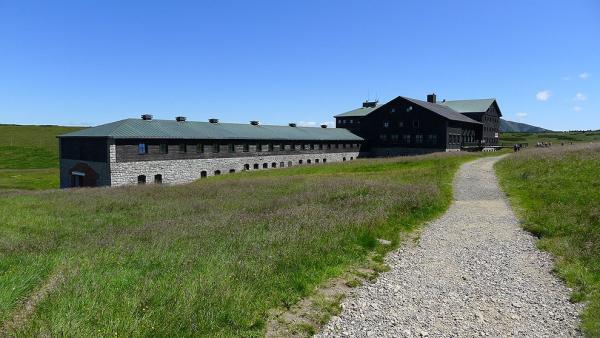 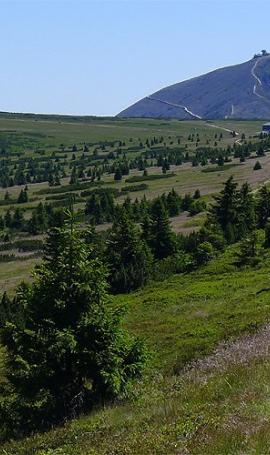 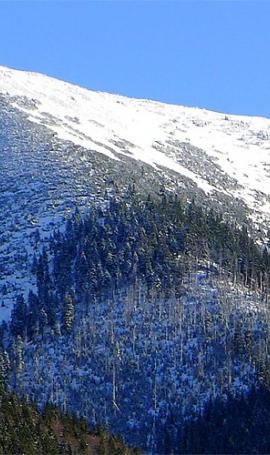 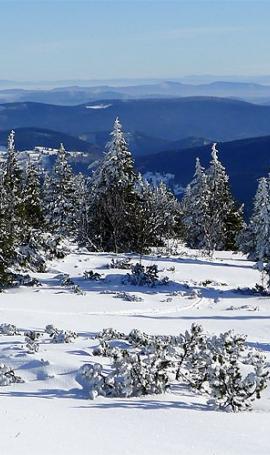 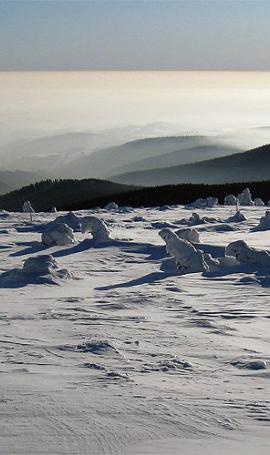 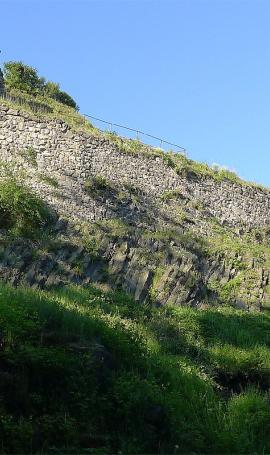 Visit of ruins of Kumburk castle 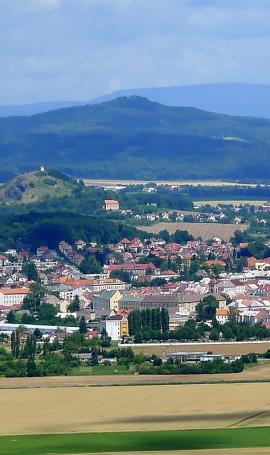 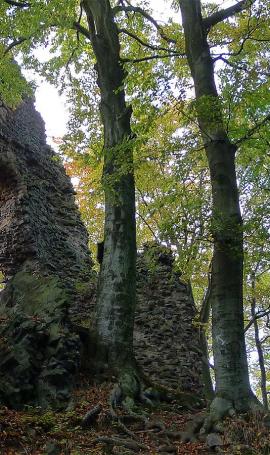 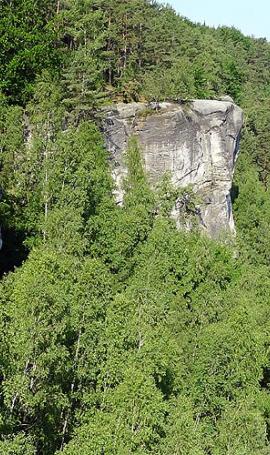