The first steps in salar

The jeeps are reaching in less than five kilometers one of the natural wonders of the world after leaving a little depressive mining villages Colchani – the largest salt plain in the world – Salar de Uyuni (3656 m asl). The first stop on the salar tour is the Hotel de Sal, where are most things made of salt. Along the way you can see labor-intensive mining of salt, which is unfortunately sometimes done also by small children. There are three seasons in salar – classic when everything shines with white salt; gray when the dust storm sweeps through the area and salar loses a  little of its beauty and also the period when is salar under water /after major storms, especially in the summer time /. The tourist is then limited here by the fact that he cannot pass through salar for example to the amazing „island“ Isla Incahuasi, but everything is beautifully mirrored in it. So you will have totally different experience at this time than usually, this is especially true for photographers. Unfortunately, only hotel de Sal is then usually accessible in the village of Colchani.

Driving on the flooded salar

Some tourists choose more interesting traveling option than sitting inside during the way from Colchani to the salt hotel. 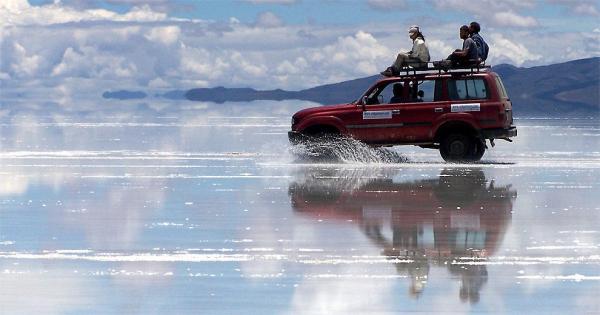 Trucks on the salar

Along the way, you can see a lot of trucks going among prepared heaps of salt.

There is mined 20,000 tons of salt annually, which can be seen mainly at Colchani that once lay directly at the salar and is a few miles from the region now. Salt layer is between 2 to 20 meters. 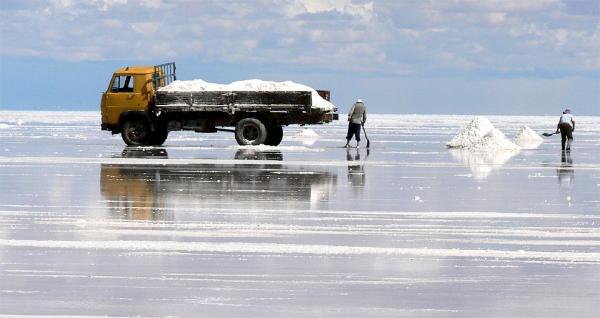 Working with salt for a long-term can cause serious illnesses. Salt corrodes the mucous membranes and is therefore inappropriate especially for children. 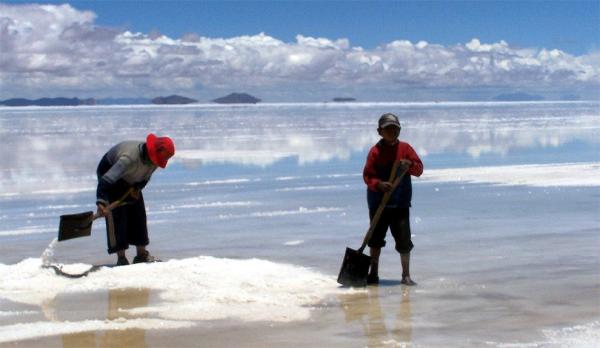 Workers rake the top layer of salt with shovels to small heaps, which are then loaded onto trucks. But these are only for decoration close by the salt hotel. 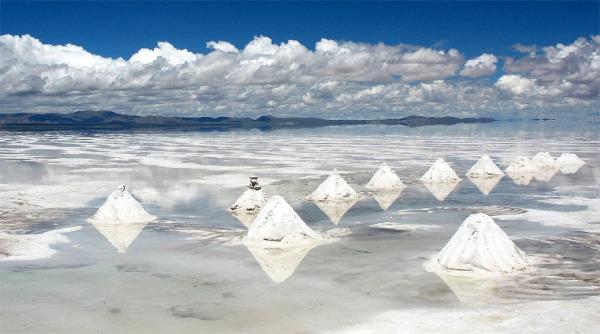 Salt heaps are quite large and only very few tourists can resist frolicking on them a little. 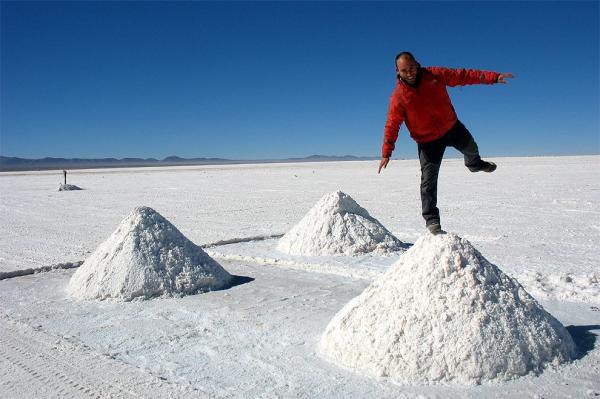 After 6 km drive across the salt plain you come to this famous hotel. 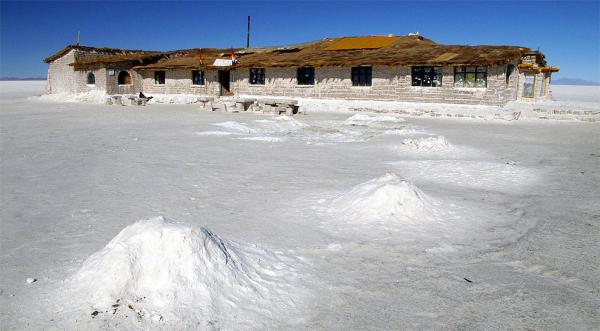 You can have a stylish snack in front of the salt hotel. 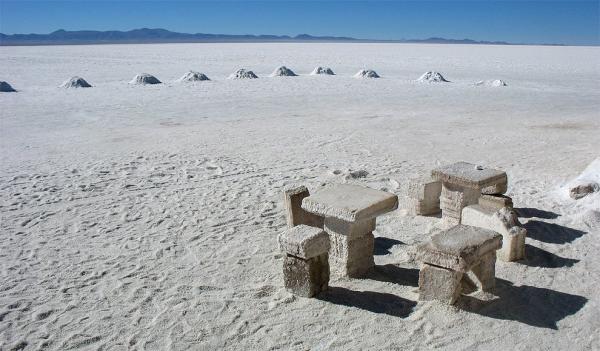 This is the interior of the hotel. They try to make the most parts of the hotel only from salt. Number of similar salt hotels increased nearby the salt plains after the tourist boom, but the original is close (12km) to the village Colchani. 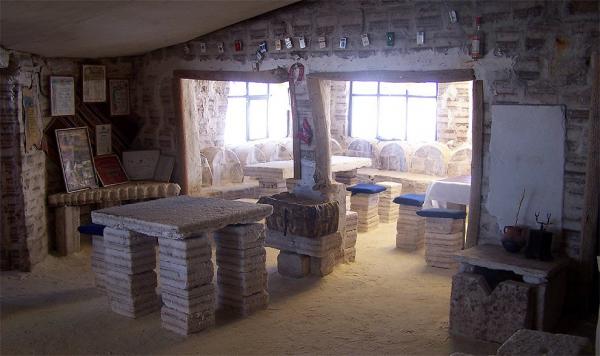 Salar looks pretty greyish and less photogenic after the dust storm. There are two options for the continuation from the Salt Hotel – 95% of tourists continue to Isla Incahuasi, the rest to the multi-colored volcano Tunupa.

Several days lasting off road trip around southwestern Bolivia is one of the most amazing travel experiences. On the way along… continue reading 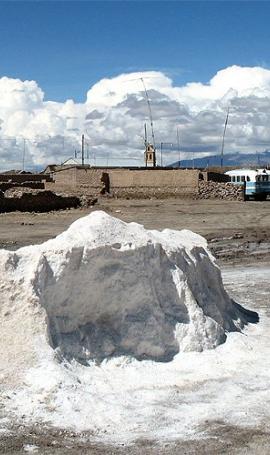 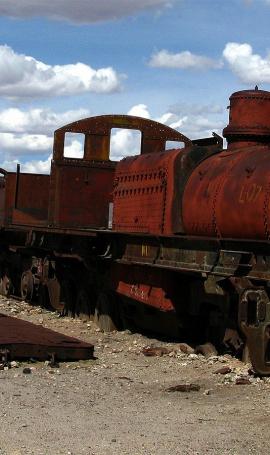 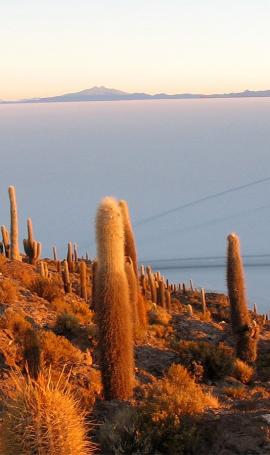 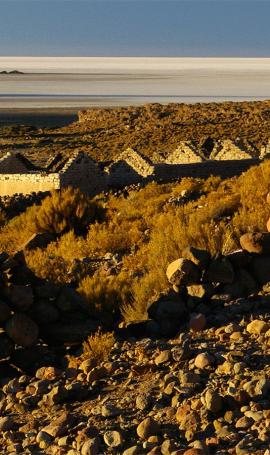 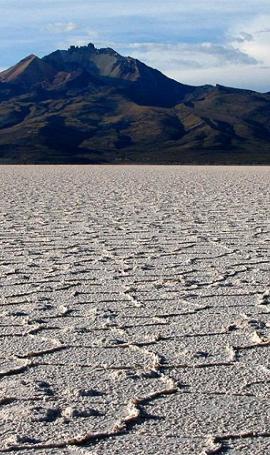 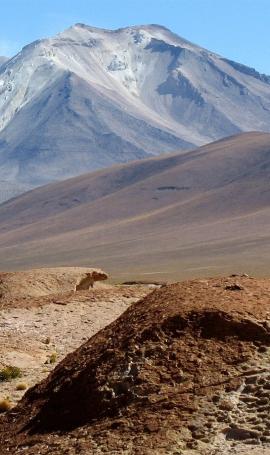 Drive around the volcano Ollague 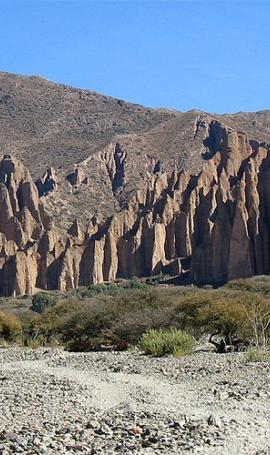 Tupiza and the surrounding area 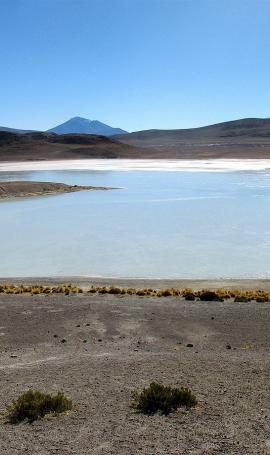 Drive in Kingdom of lagoons