Pavel Čáp
Wrote 37 articles and follows him / her 3 travelers
(2 rating)
Hiking Via Ferrata
© gigaplaces.com
Suitable for:
Climbers
They been there:
They want there:

Mangart (2677 m) is a border mountain between Slovenia and Italy. You can climb it by a simpler normal footpath, which leads for the most part on the Italian side, or by the ferrata „Slovenska pot“ (difficulty C), which, on the contrary, leads on the Slovenian side. It is ideal to combine the way – Slovenia up and Italy down.

The easiest access by car is from the Slovenian side to one of the upper parking lots at an altitude of about 1900 m. You can drive higher, but the road is at your own risk, because stones fall on it. A warm-up walk will definitely not hurt.

Gradual ascent along the road

The ascent is gradual, the panoramas to the north and northwest are breathtaking.

On the Slovenian side we are in the National Park.

Little Mangart is just bypassed (on the left Mangartské sedlo 2166 m), to the right of the top is the end of a demanding ferrata road from the Italian side. 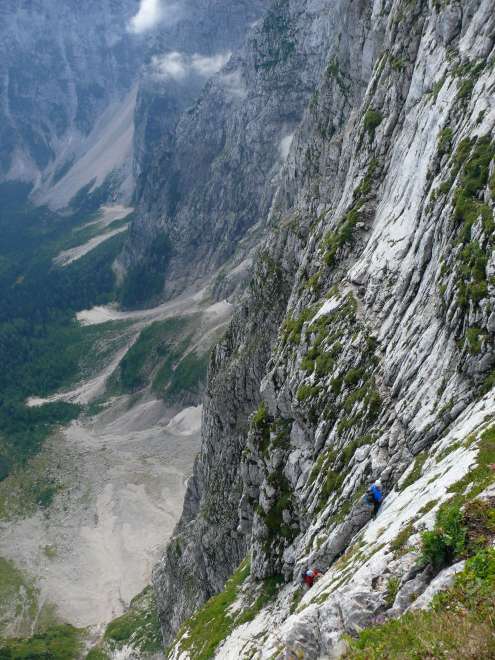 Challenging ferrata leading from the Italian side almost along a vertical wall to the saddle.

Climb to the top

Roads converge here – right on the ferrata, left on the walkway.

Some sections are completed in a forward bend.

After another ferrata section, it ascends to the top, where tourists from both sides meet. When it's nice, there can be quite an overpressure, even though there weren't many of you on the ferrata.

Descent on the Italian side

Subsequent descent on the Italian side along a gravel road. Wonderful views, partly on the opposite side than before, be another reward.

Clouds may come from the valley as a dike. Here is the border ridge with the top of Malý Mangart, on the right is the Italian side with a demanding ferrata and incoming clouds, on the left the Slovenian side. 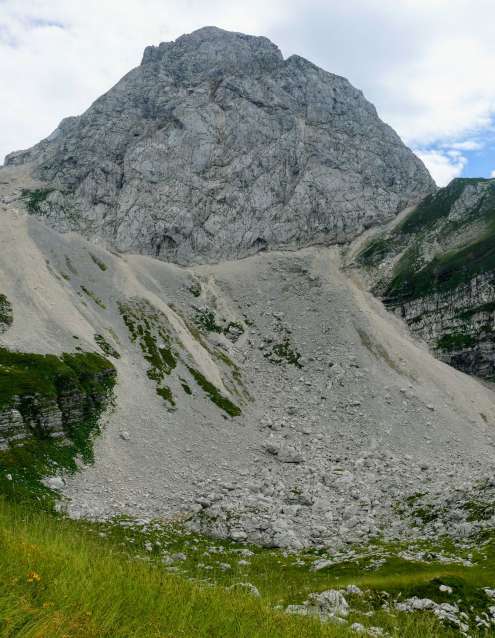 Mountain with its rubble.