A walk through the views over Albrechtice

The largest ski resort in the Jizera Mountains

Petr Liška
Wrote 2175 articles and follows him / her 196 travelers
(1 rating)
Walks
© gigaplaces.com
Suitable for:
Families with children
Hikers
They been there:

Albrechtice (625 m above sea level) is the largest ski resort in the Jizera Mountains. It lies at the northern foot of the famous Tanvaldský Špičák (810 m above sea level). To the north of the town you will find a smaller ski slope on the meadows of Světlý vrch, which also serves as good views of the surroundings. This is where this walk will take us 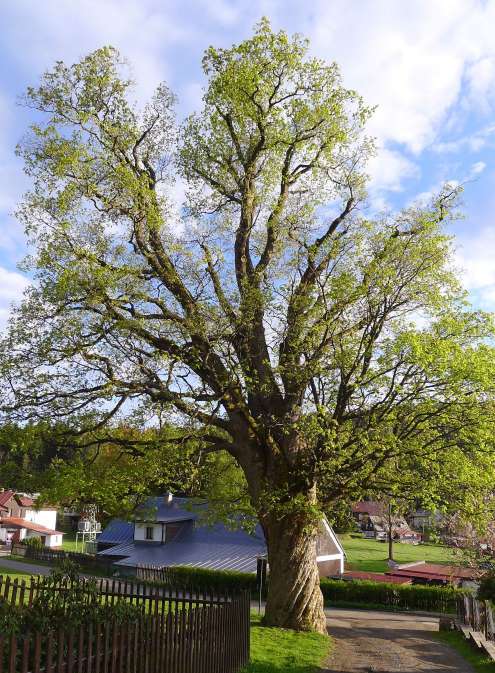 The start of this walk is the same as when climbing Tanvaldský Špičák, ie at the bus stop at the eastern end of Albrechtice. We will follow the green sign in the direction of Mariánská hora and after a few meters we will come across a monumental maple maple

A little behind the maple, turn right and follow the footpath to the reservoir, which also serves as a nice view of the region. Below you is the starting point of the route and Tanvaldská Špičák

View from the reservoir

The view from the reservoir is worth it especially in the early evening. The views are good mainly to the east on the border of the Jizera Mountains and the Giant Mountains

The next continuation of the walk has two options, either on the green hiking trail to climb along the eastern side of Světlý vrch through the forest and behind the peak along the footpath to get to the meadows with cottages or nicer and shorter to go below the forest level along the meadows With this variant, you have views of Albrechtice at all times. Even the plateau meadow with scattered cottages is worth it

The view of Tanvaldský Špičák is also worth it. Far on the horizon is Černá Studnice

Church of St. Francis of Paula

Descend zigzag down the slope with a view of this ski town and head to another landmark – the church of St. Francis of Paula. There is also an interesting Schowank's tomb in the cemetery

Go up slowly from the church. There are a number of interesting cottages and houses in Albrechtice.

Smržovka - Urban's Stations of the Cross

Ascent to Jizera and Smědavská hora

Across the Jizera Mountains

A tour of the ruins of Návarov Castle