A large harbor in Hampshire

Dominika Charvátová
Wrote 119 articles and follows him / her 11 travelers
(1 rating)
Cities Castles and ruins
© gigaplaces.com
Suitable for:
Families with children
Families with a stroller
Seniors
Hikers
Excursionist
They been there:

In the south of England in the county of Hampshire, less than 2 hours drive from London, you will find one of the largest ports in Southampton. The history of the port city dates back to the deep Middle Ages, when in the 13th century it was the largest English port. At present, the port is still very active, both for shipping and for industry. The city center combines medieval stone walls and a modern shopping center next to each other.

The port of Southampton

To park near the center, we found a parking lot at the port, which dominates Southampton. It is no exception to see huge ocean liners arriving with tourists or large cargo ships carrying containers of goods.

Medieval house of a merchant

After parking, we walked from the port towards the city center. Along the way, we began to meet the first historical buildings and monuments. This is the first preserved medieval house of a merchant from the middle of the 14th century. 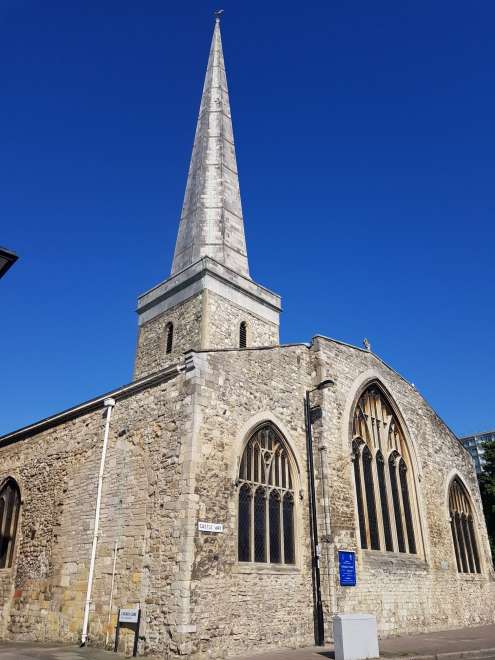 Church of St. Michael the Archangel

Just a few steps away you will find in the street you will find the oldest building in the city, the church of St. Michael the Archangel. The original church was built in 1070, which was then much smaller than we can see today. The current form was given to it by the reconstruction from the 12th century. 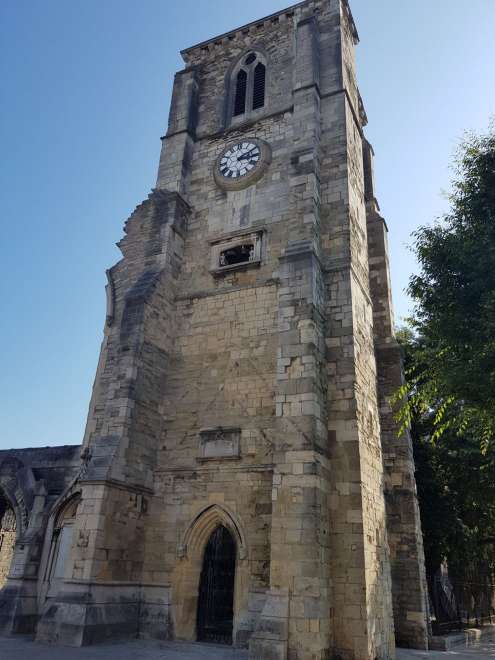 Southamton is really interwoven with history, so it is impossible not to miss at least 100 meters in the center every at least a medieval monument. We were fascinated by this clock tower at Holy Rood Church. In front of the tower we will find a monument commemorating a significant historical event that inscribed the city in the public memory. It is a monument to the Titanic, which sailed from there on its first and last journey on April 10, 1912.

Bargate - a symbol of the city

This entrance gate, which was part of the city fortifications, was built in the 12th century and is still a symbol of the city. At present, part of the gate and its surroundings are undergoing reconstruction and the vision of unveiling the early time for the 900th anniversary of the construction. 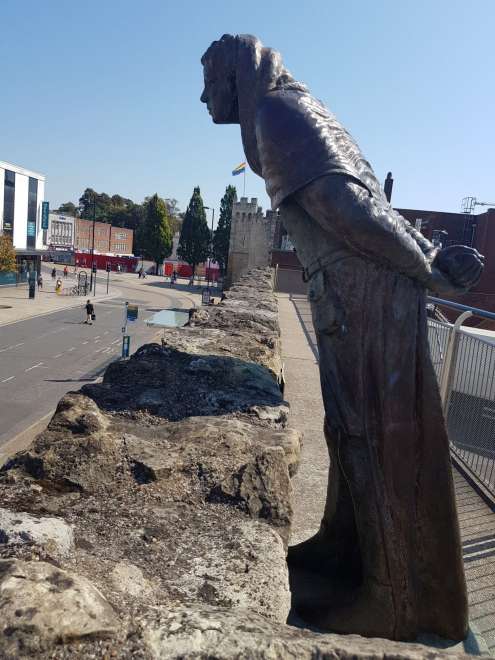 Near the symbolic Bargate gate, the preserved walls begin to defend the city in the Middle Ages. Here our attention was drawn to a bronze statue placed on the walls, the mayor of the city from 1295 to 1336 John le Fleming.

After the pieces of preserved walls, you can walk along the historic city center. Several towers that are part of the fortifications have been preserved, such as this Arundel Tower. Here, the contrast that is so typical of the city is beginning to be clearly visible, namely history alongside modernity.

Contrast of modernity and history

Southampton has managed to beautifully combine its historic side of the city with modern futuristic architecture, which is also functional. Right behind the walls we find the new modern shopping center West Quay South full of restaurants, shops and services. 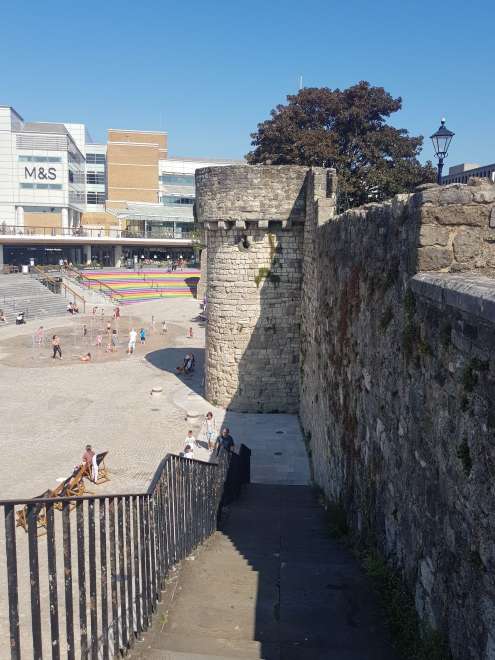 The journey continues along the walls around the city center, or allows you to come to a modern square with fountains, which will make the summer hot days more pleasant.