Petr Germanič
Wrote 2 articles
(1 rating)
Sightseeing Castles and ruins
© gigaplaces.com
They been there:
They want there:

The journey begins in the small village of Krompach, where we cross the pedestrian crossing and walk to the town of Oybin, where in the middle of the town there is a sandstone table mountain and the amazing ruins of Oybin Castle.

Oybin, Germany The journey begins in the small village of Krompach, where we cross the pedestrian crossing and walk to the town of Oybin, where in the middle of the city there is a sandstone table mountain and the amazing ruins of Oybin Castle. The castle stands on a mountain at an altitude of 514 m above sea level and was established as a guard post for an important trail connecting Bohemia with Lusatia. The castle was founded around 1256 and changed several owners, in addition to Henry of Lipa, John of Luxembourg, was in the possession of Charles IV. He had it expanded and a Celestine monastery built here. When you walk through the city, you can buy a great ice cream under the castle and there is a tank nearby, to which a steam machine from Zittau arrives. You will reach the yellow hiking trail around Oybin, which leads to the Pferdeberg viewpoint and offers a nice view of the castle. The road leads back to the city, where we come to a staircase that leads around a beautiful church (Lutheran parish church built in 1709–32). The simple Saxon Protestant Baroque building has a well-preserved interior, and up to the castle gate

Alleys of the town of Oybin, shops and restaurants

View of Table Mountain with a castle from the park 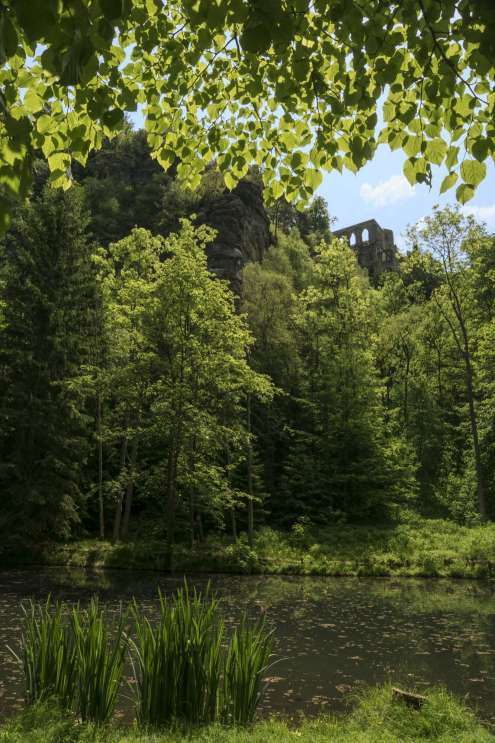 North side under the castle

follow the yellow tourist signs to the lookout points 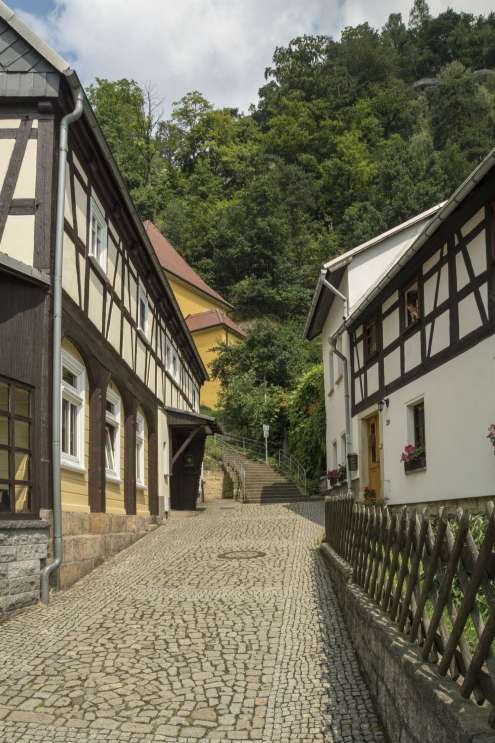 In the alleys of Oybin

In the alleys of Oybin up the stairs to the castle 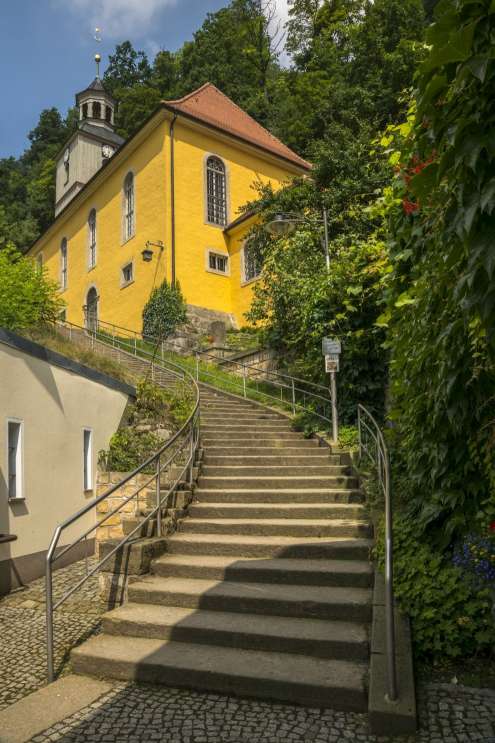 up the stairs around the beautiful church 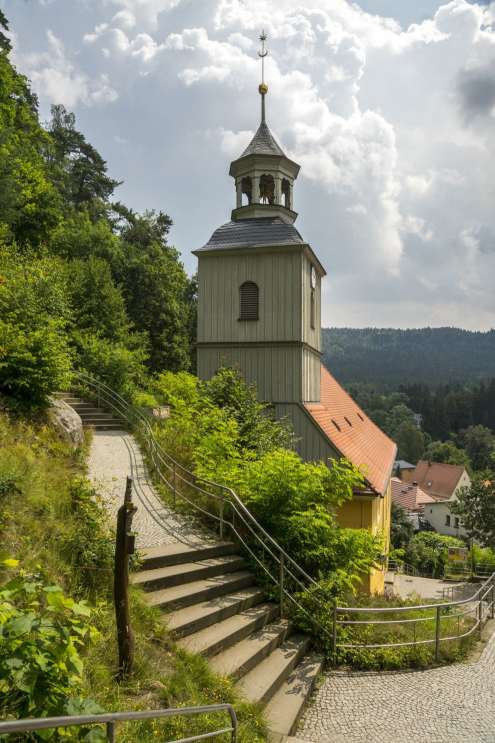 We pass the parish church and continue up the stairs

The interior of the church

Inside the church, the atmosphere of times past breathes on you

Oybin Castle in front of the first entrance gate 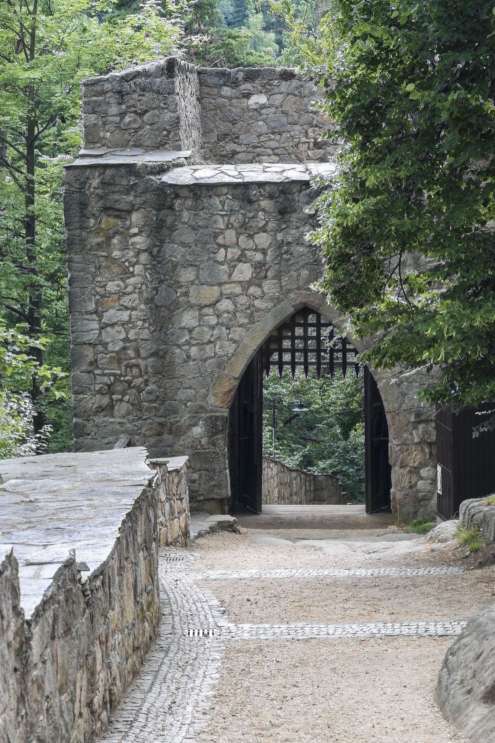 After paying 5.Euro you will walk to the second gate

Ruins of the Imperial Palace 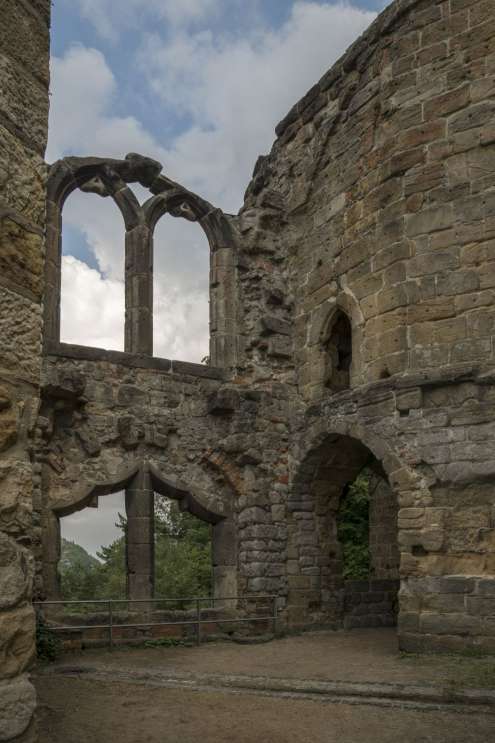 Gothic window of the castle library 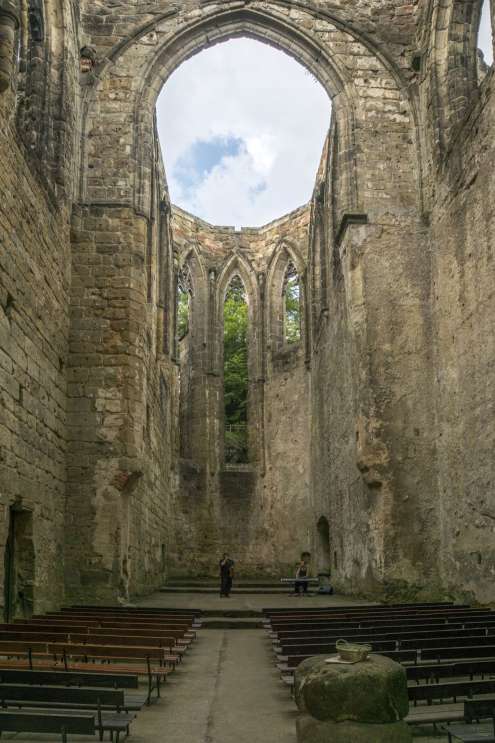 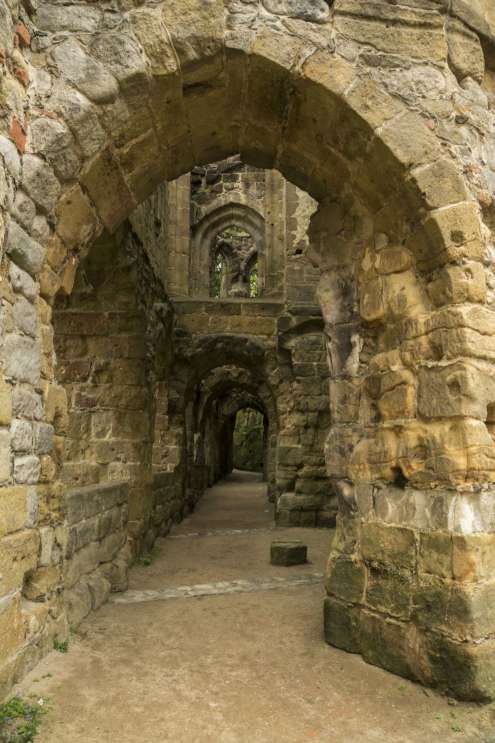 The cloister on the north side of the church

The corridor leads to the local cemetery

North side of the castle

Important people are buried in the local cemetery

Ruins of a castle and monastery above the Hausgrund valley

The ruins of a castle and a monastery near the cemetery, where it is possible to sit

Passage from the church to the cemetery

Passage from the church to the cemetery 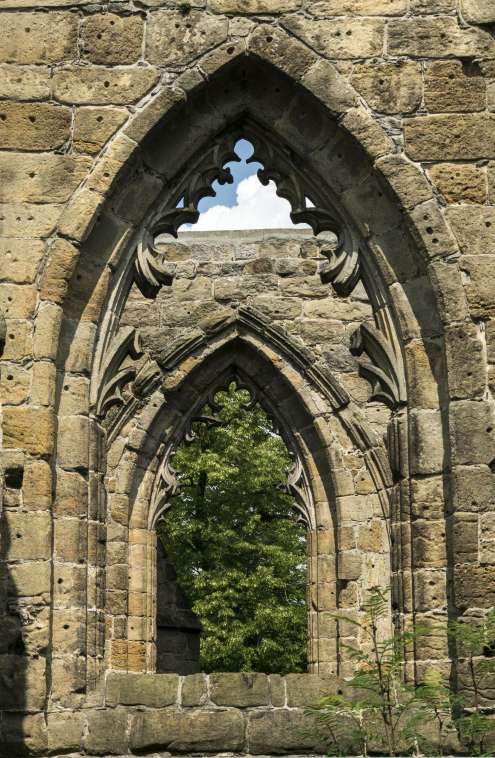 Windows to the 13th century

Remains of a monastery church, partly carved into the rock and large, arched and beautifully decorated windows.

Giga List: The most beautiful trips in the Lusatian Mountains

The Lusatian Mountains are a very picturesque region in northern Bohemia. In terms of tourism, it is a bit overshadowed by the… continue reading