Below the rock wall

If you still have some energy after the difficult morning trip to the northern base camp Alpamayo, you can undertake in the afternoon from the camp Jancarurish a short walk directly below the sharp rock wall of Tayapampa mountain (5 675 m asl), which offers a lovely view not only of Alpamayo, but also of the lagoon Jancarurish.

You will hardly meet a living soul during the entire trek, however, if we do not consider wandering cows and half wild pigs around the camp Jancarurish. 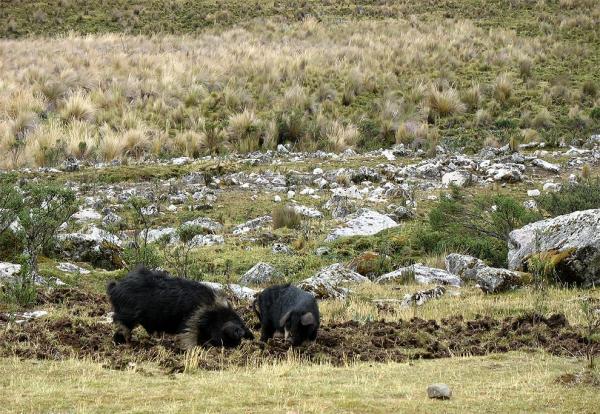 Path to the rock wall

Set off from the camp along the creek directly to the west to the rock wall enclosing the valley. Thus ignore the path to pass Gara Gara, as well as the path to northern BC camp below Alpamayo. In a while will open a view of the partially ruptured moraine of lagoon Jancarurish. 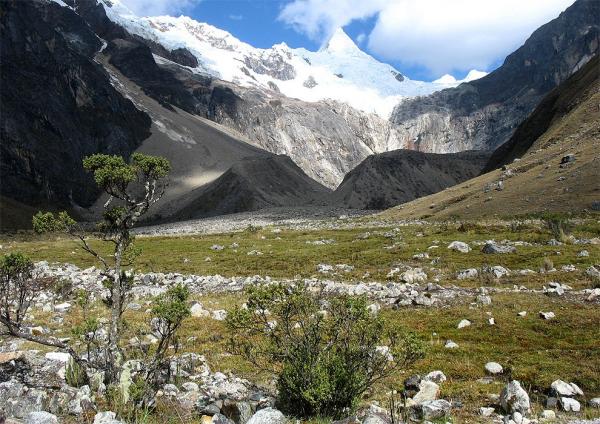 The outlook of Alpamayo is more than breathtaking. But photographers will appreciate here the bigger zoom thanks to the proximity of its tip on the ridge. 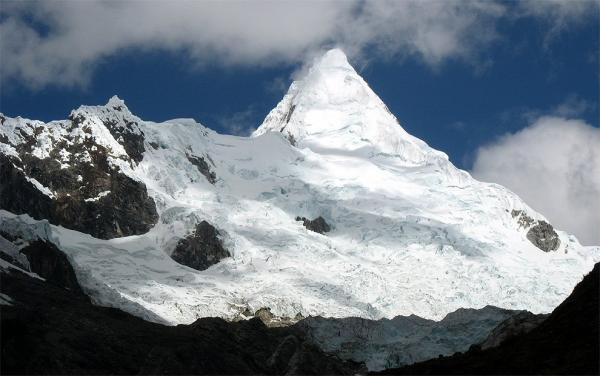 In the moment is visible also the smoothed rock after the former icefall. It must have been here far more interesting hundred years ago. 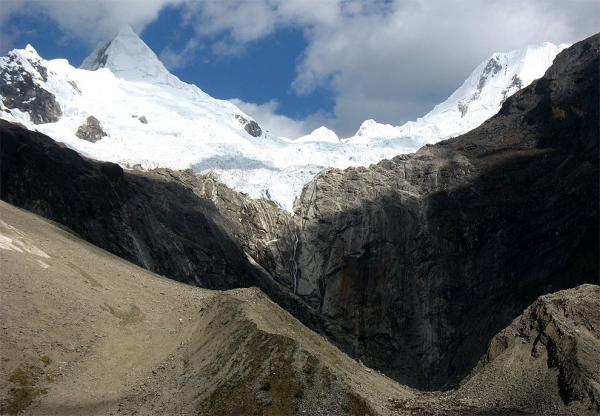 From the rock wall is nicely visible also the massive of mountain Abasraju. 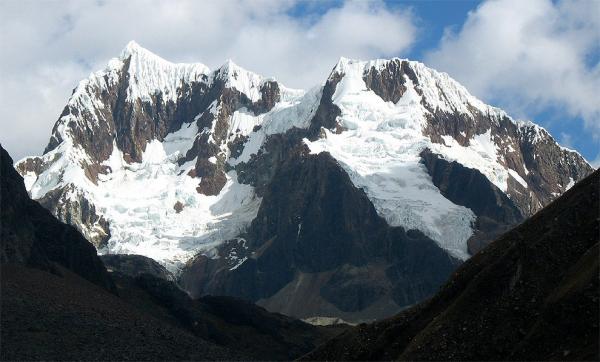 After less than an hour of the ascend along not well distinct path on grassy slope scramble to practically perpendicular wall where your walk ends. From the outlook is visible also Nevado Quitaraju (6 036 m asl). You must return back the same way. 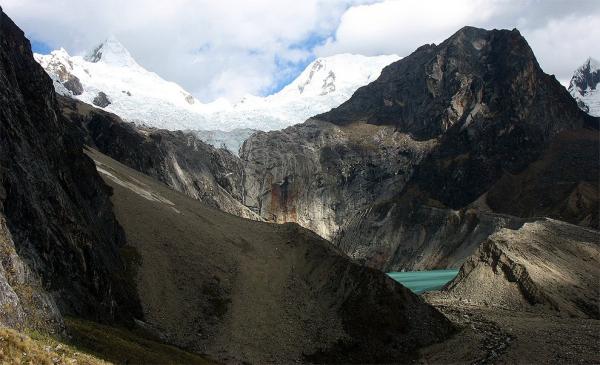