Drive along the Dead Sea

Along the Dead Sea Landscape below sea l

Dead Sea (- 415 meters asl) is extremely salty drainless lake and the deepest depression on the continental land at the same time. There is a road leading around it from Israeli and Jordanian sides, which is worth passing as well. You will see here salty and arid landscape with only limited opportunities to swim. The reason for all this is very rapid drying of the lake, which is caused by pumping virtually all the water from the Jordan River for irrigation. On the Jordanian side are also famous canyons through which water pushed from upland plateaus down, for example Al Wadi Mujib and Wadi Mukheiris.

The most interesting way to the Dead Sea leads from Karak. You will drop here almost kilometer and a half of height, so the thirty-kilometer downhill drive itself promises nice views. This road is also an interesting tip for cyclists!

The area near Karak is still relatively green and there are also small fields in places with a mountain stream.

Soon, you'll have to really bend your head to be able to explore the perpendicular wall, by which is the upland plateau ended. 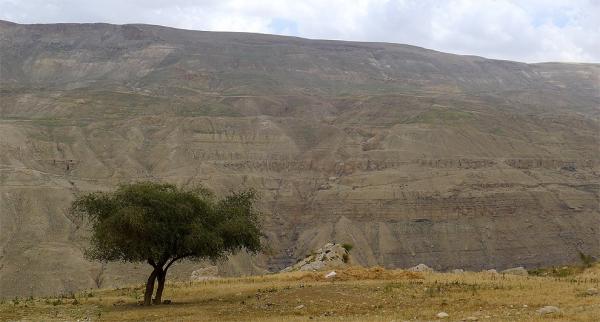 Canyons leading to the Dead Sea

A number of canyons fall from the upland plateau to the Dead Sea. Most of them are passable only with climbing gear – narrow gorge, waterfalls and mainly various rock overhangs making the way through these canyons much more difficult. 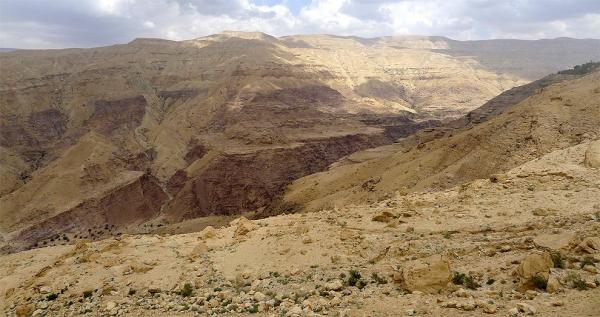 The lower you are, the landscape looks more arid and lifeless…

Finally at the Dead Sea

Finally, you will go down to the depression of the Dead Sea and join the road No. 65 leading through Jordan from south to north. You may be surprised by relatively enough fields near Al Mazraa. And then you will finally see the Dead Sea. If you want to swim for free, so here is your first and last possibility, because farther away are the slopes already rocky, mountainous and mainly without any beach. However, except for the north end of the sea, but you will have to pay very excessive entrance fee here. But remember that there is no shower.

Mountainous coast of the Dead Sea

The mountains fall almost into the water on the vast majority of the Dead Sea. It is possible to observe from the coastal sediments how is the sea constantly drying up :-( 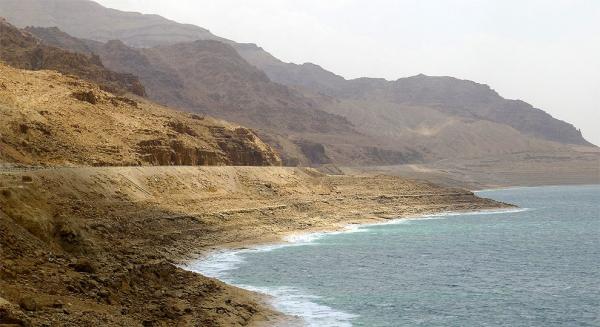 The entrance to the water is made difficult by high reefs along the entire length of the Dead Sea and the reefs are increasingly higher as the water level recedes. 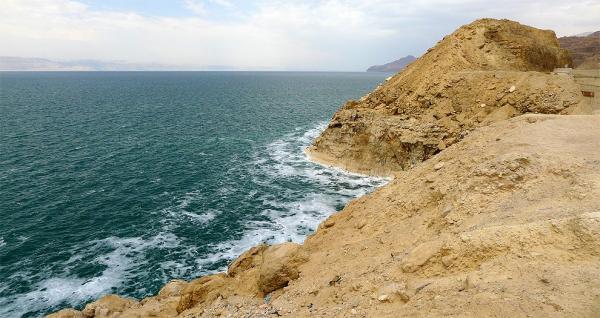 Extensive salt sediments are visible on the shores of the sea. 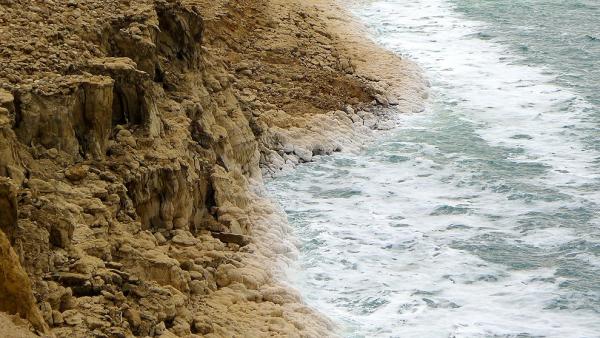 Beaches at the Dead Sea

If you really want to bathe in the Dead sea, there is practically no other option than to stay in one of the luxury resorts on the north end. There are relatively nice beaches and possibility to rub medicinal mud on you.

Article: Along the Dead Sea

You can get from the rock town Petra to Amman quickly along the Desert Highway. But more interesting, however, is the route… continue reading

Swimming in the Dead Sea

Along the Dead Sea

Visit of Archaeological museum in Amman

Visit of historic center of Amman