Ladislav Kula
Wrote 51 articles and follows him / her 10 travelers
(2 rating)
Hiking Mountains Climbing
© gigaplaces.com
They been there:
They want there:
+1

Tofana di Rozes with its 3,225 meters is one of the highest mountains in the Italian Dolomites. It offers beautiful views of the Cortina d'Ampezzo valley and the surrounding mountains, such as Mt. Antelao, Mt. Pelmo and the highest Marmolada with its typical glacier. It is possible to use several routes, my friends and I chose the „easier“ one, where there is no need for a ferrata set, even so we sweated a bit when climbing

The start of the route was chosen from the cottage (riffugio) Angelo Dibona at an altitude of 2000m, where you can drive from Cortina d'Ampezzo. Right from the cottage, it starts to climb steeply with serpentines, for which the views of the region soon open 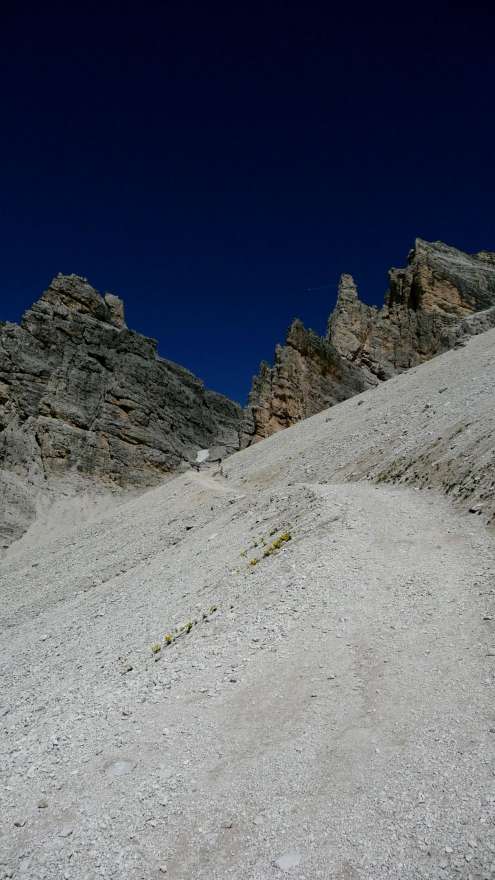 On the way to the cottage Camillo Giussani

the road is noticeable, steep, and we often have to stop to exhale. 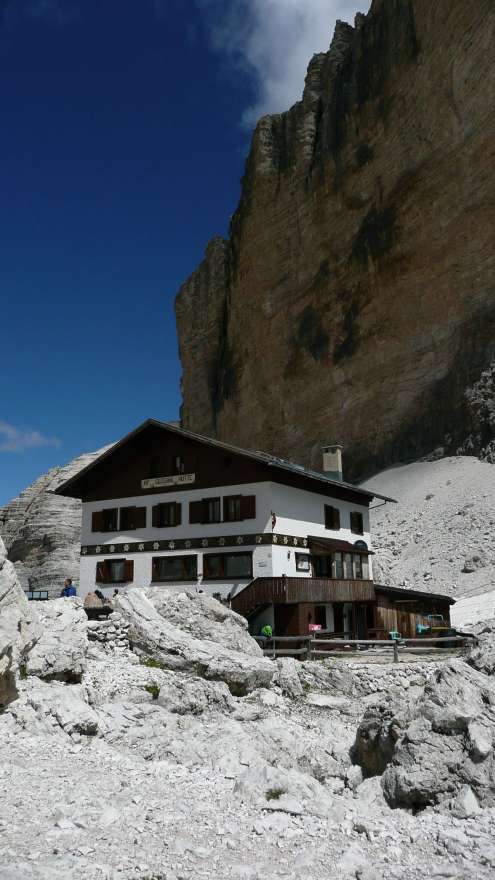 is almost before noon and we choose a small lunch time, the cottage is open, but our budget is low

finally we see the top, but no one expected it to be such a wall :-) in the end it was a „walker“ despite the snow field and small rocky terraces 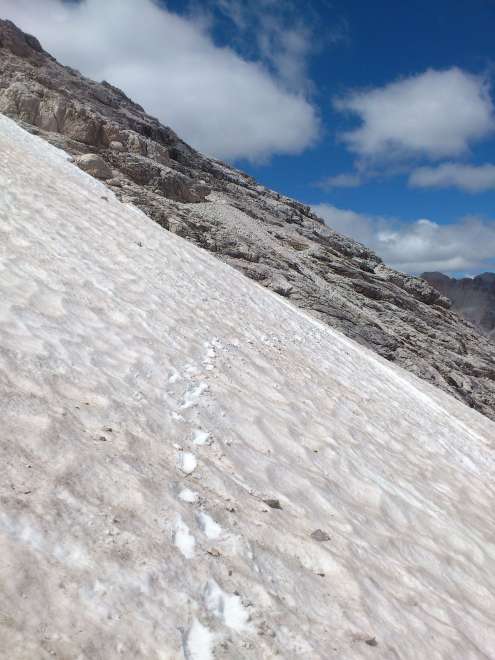 On the ridge of the mountain

the views of the region were breathtaking, like the whole dolomites at all. From the left in the cloud Marmolada 3343m and the massif Piz Boe 3152m

views from the top of Toffany at the bottom left of Cortina d'Ampezzo, followed by the pyramid of Mt. Antelao, across the valley of Mt. Pelmo, in the middle of Mt. Civetta to the right of Marmolada

even though it went relatively well, the descent was a bit of a nut, not only to find the ideal one in the clutter of paths so that it didn't slip too much on the gravel, so to fight the steep slope, everything ended well and we slid to the hut on the snow field Guissani

everything ends well with the sunset and the flight of an eagle over the landscape :-)