Pavel Čáp
Wrote 37 articles and follows him / her 3 travelers
(1 rating)
Hiking Via Ferrata
© gigaplaces.com
Suitable for:
Climbers
Hikers
They been there:
They want there:

Lake Pisciadu is a beautiful body of water created on a rocky step near the Gardena pass. A cottage has been built by the lake, to which two quite undemanding and beautiful walking paths and one ferrata with a raised bridge lead. The views are only to the north, but even more beautiful. And there will also be a waterfall …

The trip to the lake can be started directly in the Gardena saddle, but it is much more practical to go to a smaller parking lot to the southeast where the roads branch and it is possible to choose straight away.

A walk through the woods

Initially, the path is a pleasant walk through the forest with a small ferrata break to overcome the first rock step.

Above the first part of the ferrata, we connect to a footpath (locally marked No. 29), which will lead us to a waterfall, to the beginning of a more challenging verical climb. 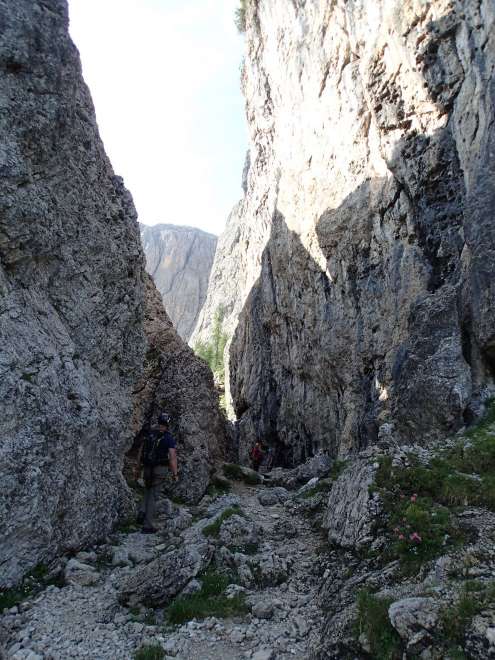 But the road is not boring at all.

The main part of the ferrata path starts essentially next to the waterfall and continues upwards along it. However, the waterfall is hidden behind the rock ribs most of the way. Ferata rises vertically upwards (difficulty C) and there is no shortage of interesting (and power) passages.

The views to the north and northeast are beautiful (a round mountain on the right side of the rock ridge, approximately in the middle of the picture, is Sassongher 2665 m). 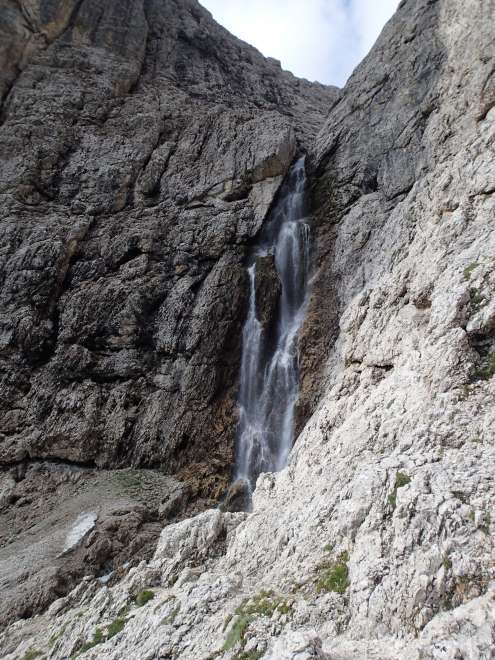 In some places, there are views of the Pisciadu waterfall on the river flowing from the lake of the same name.

The vertical ascent turns into relaxed climbing again, when the canyon opens into a beautiful valley. Beyond the edge, the top of Mount Pisciadu (2985 m) is already emerging. 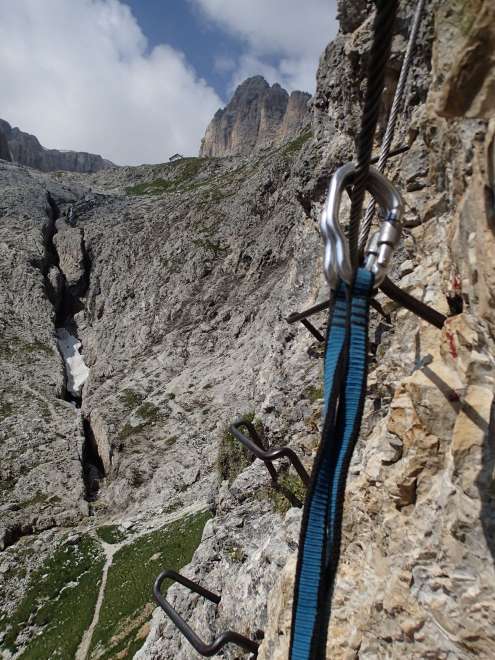 Vertical sections are often overcome after the wings.

After the siege of the partially insulated Exner rock needle (2496 m), it is necessary to overcome the rock gap over a suspended rope bridge. 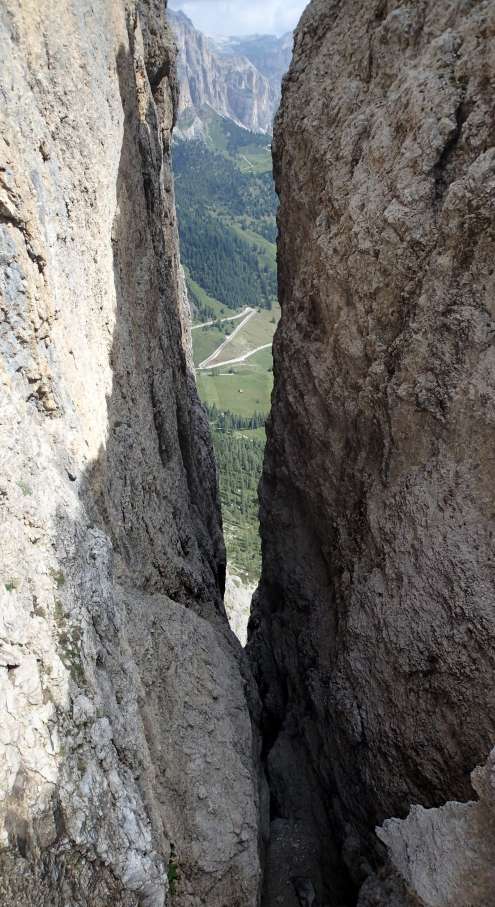 The rock gap is directly visible from the bridge to the valley (along the road to the left is Passo Gardena).

From the suspension bridge it is only a footpath through flowering meadows to the cottage. Here, other ascent routes from both sides also intersect, and from here the ascent route leads to the top of Pisciad.

The cottage is located next to the lake. Behind him, at the foot of the mountain, there is an ascent path to the top.

After the descent, you can choose one of two easy routes. First on a footpath with beautiful views zigzagging between large blocks of limestone.

One of the possibilities of descent is along a footpath (No. 666) through a wide rock gorge (Valsetus), partially filled with rubble and secured with steel ropes. Beautiful panoramas of the Dolomites are already somehow standard. 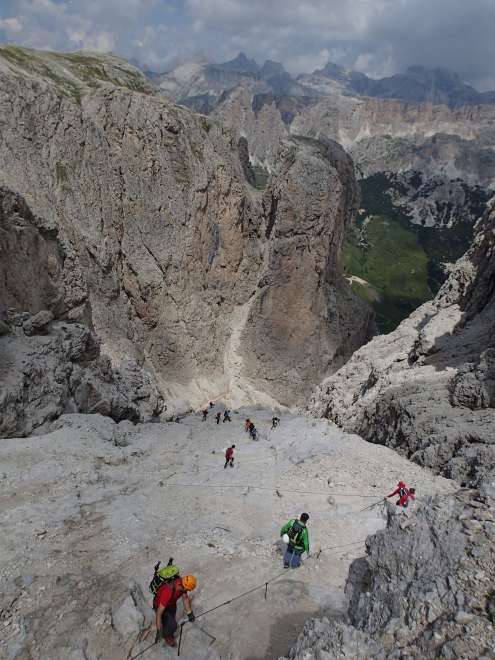 One just has to reckon with the fact that many people choose this route as an exit, so sometimes there is quite a lot of traffic.