A walk around Lipnice nas Sázavou

Dominika Charvátová
Wrote 119 articles and follows him / her 11 travelers
(1 rating)
Castles and ruins Quarries
© gigaplaces.com
Suitable for:
Families with children
Seniors
Excursionist
They been there:
+1
They want there:

Near Humpolec there is an ideal place for a quiet walk to the sights and nature. In the village of Lipnice nad Sázavou, a medieval stone castle rises on a hill from a distance. You can start the tour by visiting it or just a tour from the outside. After a walk of about 6 km, continue along the path around the flooded former quarries, which are decorated with carved ears, mouths and eyes, which represent the national monument of wiretapping. The village is also known as the last place of residence of the author of The Good Soldier Švejk Jaroslav Hašek.

The small village is located on a hill, so the view of its dominant medieval castle from 1310 by the lords of Lichtenburg is really from afar. You will find it just a few kilometers from Humpolec, which is halfway from Prague to Brno, so it is an ideal stop for stretching naked. 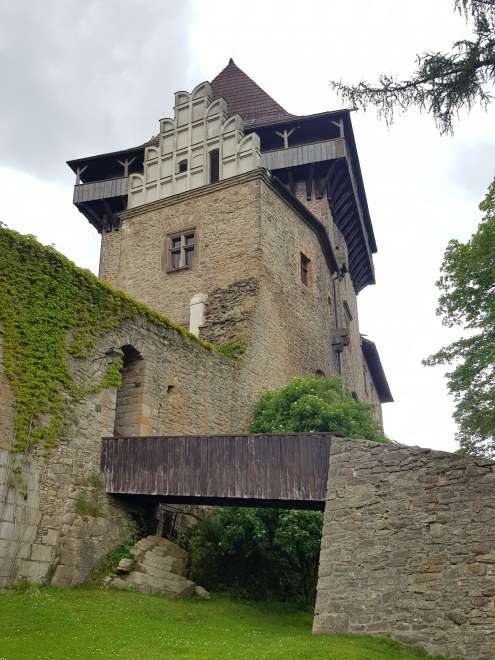 Despite the renaissance modifications, it has generally retained its Gothic character. It was destroyed by fire in 1869, fortunately its complete decay was prevented by the Czech Tourists Club, which bought it in 1924.

The tour of the castle takes place separately, only with a plan, so you can start as soon as you arrive at the castle. When visiting, you will see the entire castle grounds, including the chapel of St. Vavřince, where the first Hussite priests in our country were ordained in 1417, as well as extensive cellars with the former banquet hall of Jindřich of Lipá or the Samson prismatic tower with a 33 m deep well in the cellar.

In the vicinity of Lipnice there are many flooded quarries after stone quarrying. They are small emerald oases surrounded by forests. Take the road north of the village and you will be the first to come across one of the largest quarries – Trojka. 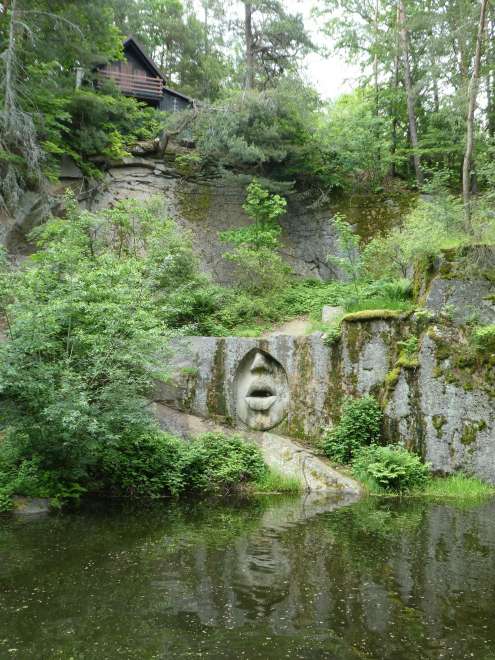 The mouth of the truth

The road leads further to the Dvojka quarry, which is much smaller. At first glance, the non-traditional location of the artistic elaboration of the national monument of consecrated wiretapping is interesting. The almost 3-meter relief was ceremoniously unveiled on September 7, 2006. The author is the sculptor Radomír Dvořák. The work is loosely inspired by the relief of the Bocca della Verità (translated as the Mouth of Truth) in the vestibule of the Church of Santa Maria in Cosmedin in Rome. 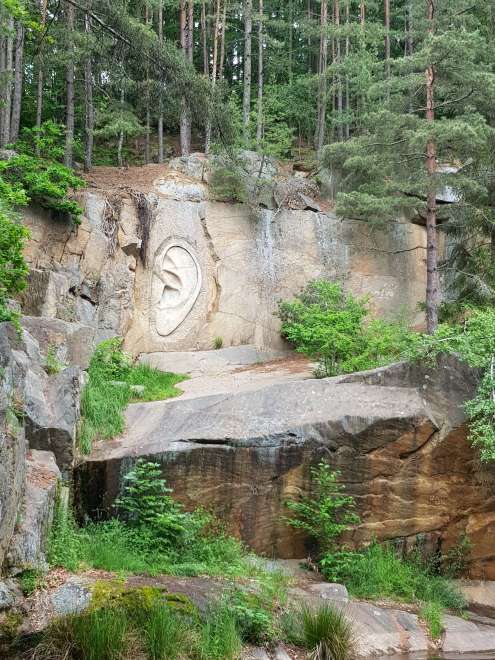 Just a short distance away you will find another work at the Jednička quarry. Bretschneider's Ear is the first of the reliefs of the National Eavesdropping Memorial and was unveiled on June 23, 2005. The special name was inspired by the figure of a secret policeman from the book The Good Soldier Schweik.

A little further on at the Hřeben I. quarry, you will find Zlatý proti, which is the third unveiled relief of the National Eavesdropping Memorial from 14 September 2007 and, like the others, is located in the former granite quarry. The author of the work is the sculptor Radomír Dvořák. They are carved in a triangle about 2.5 m high and bear the golden inscription Home and Enter. 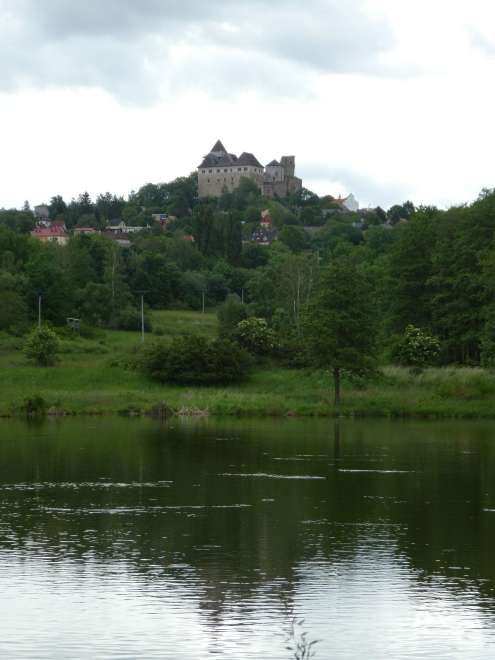 Views of the castle

On the way to Zlatý vočí, you walk a short distance along the dam between two ponds. From here you can see the castle on the hill.

The ruins of the White Tower

At the end of the circuit around Lipnice, just before you return to the village, you will come across the ruins of the advanced fortifications of the castle. It is the so-called White Tower.

Castle towering from a distance

When you return from a walk, you will be greeted from afar by a castle on a hill that cannot be overlooked. It is a good landmark during the whole walk.

Lipnice became the last place of the author of The Good Soldier Švejk. Jaroslav Hašek moved to the village after the war and also died here on January 3, 1923. His museum was established in a house that Hašek bought after his arrival in Lipnice. The museum was opened in 1959.

In the footsteps of the Číhošť miracle

Giga List: The most beautiful trips in the Highlands

The Vysočina region located on the border of Bohemia and Moravia offers a lot of beautiful trips, both to the local towns and… continue reading