Walk along the coast of Los Realejos

Dominika Charvátová
Wrote 123 articles and follows him / her 12 travelers
Hiking Nature
Author: Dominika Charvátová © gigaplaces.com
Suitable for:
Families with children
Seniors
Sportsman
Excursionist
Holidaymakers
They been there:
They want there:

To the west of Puerto de la Cruz in the north of Tenerife is the protected area of the Los Realejos coast. A pleasant one-day walk from the city along the cliffs with many views of the ocean and rock formations created by the force of the waves, through the green jungle you will walk through this unique natural, which is really worth it.

At the end of the town of Puerto de la Cruz you will pass the church – Capilla de la Cruz de Doña Severa, which is located on a small square.

The beginning of the journey outside the city

Behind the last high-rise hotels, the Rambla de Castro route begins our walk on the cliffs, through a protected natural landscape, where the local flora and fauna mix with bits of Tenerife history. A tour of this part of the Los Realejos coast includes a trip through one of the best preserved palm groves on the island, through ethnography and architecture, and through an authentic natural botanical garden that serves as a gateway to some of the island's wildest and most beautiful beaches.

The road is well marked with arrows and signs, so you can't get lost. Here you will find signs with interesting facts about the local area, fauna, flora and how lava boiled the local cliffs.

Sidewalk along the cliff

The road is very well maintained with new railings and bridges. But it can be seen that the local nature is an element. A few meters below us, only the remnants of the previous paths that had collapsed were visible. 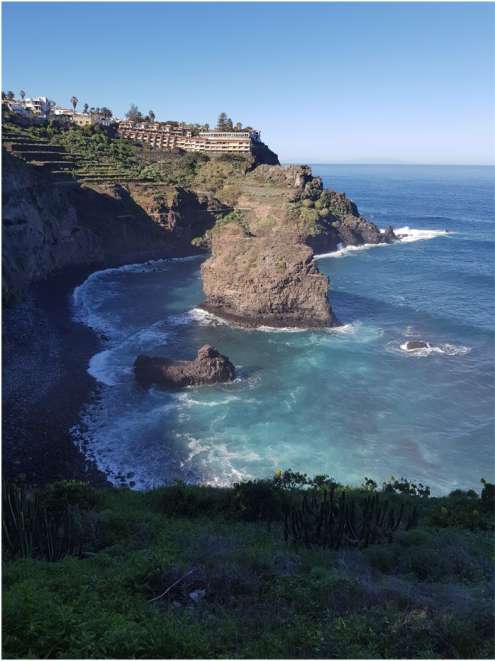 Los Roques are isolated volcanic formations of basaltic streams that were discovered after the materials that surrounded them disappeared due to sea erosion. We look at them from all sides, because the road leads in the bay around them. 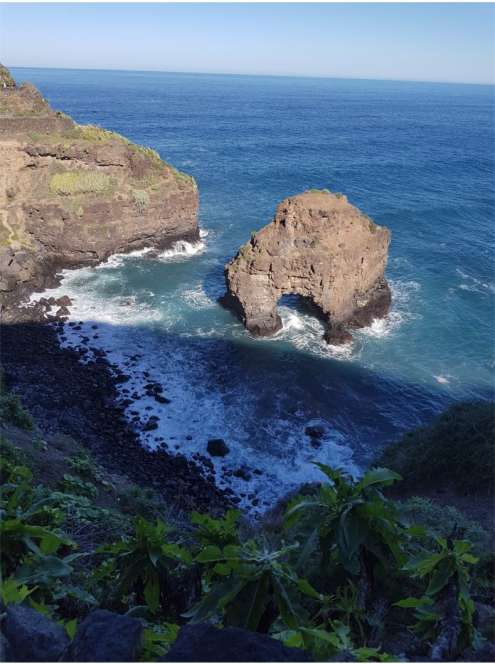 The force of sea waves and surf dug a window into one of the formations. 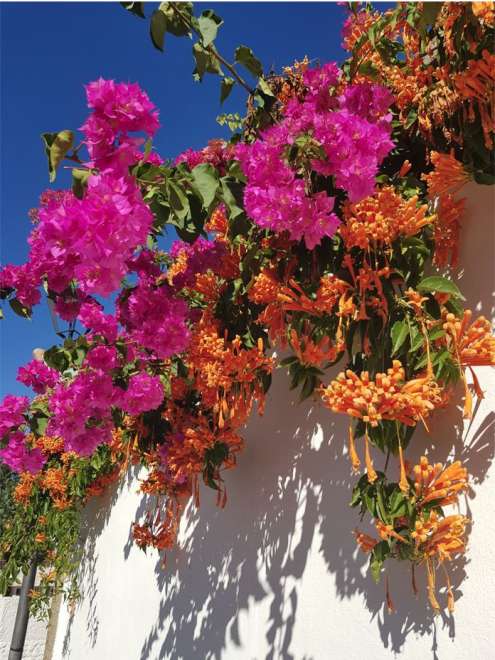 For a moment, the road peeks back into civilization as we walk down Calle de las Palmeras. The large ones are literally strewn with colorful flowers and lush vegetation.

Apart from the beautiful views of the roaring ocean below us, we can't bother with the surrounding vegetation. The number of diverse plants from succulents that grow here in huge dimensions took our breath away. The place is also suitable for observing large numbers of birds. 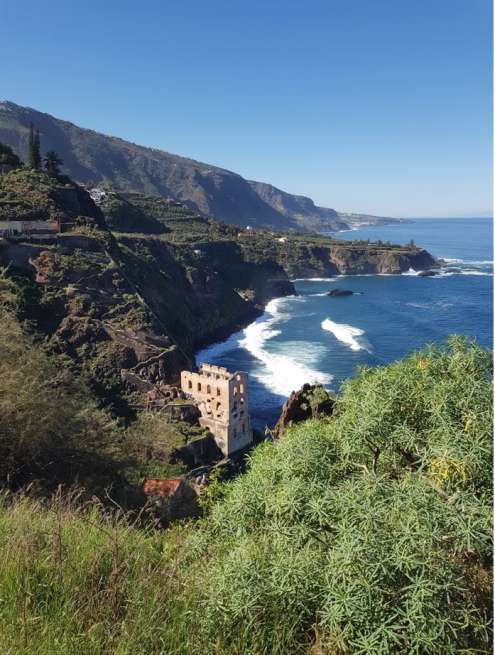 The romantically pastel-colored torso of the building, which served as Gordejuel's water lift in the early twentieth century, is one of the most important engineering works on the island. Its function was to bring water from the coast to the crop area located in the valley of La Orotava. At present, only the skeleton of the old building remains. Its roof succumbed to the passage of time, the empty windows give a glimpse into the five floors where the machines used to be. and you can't even meet her. 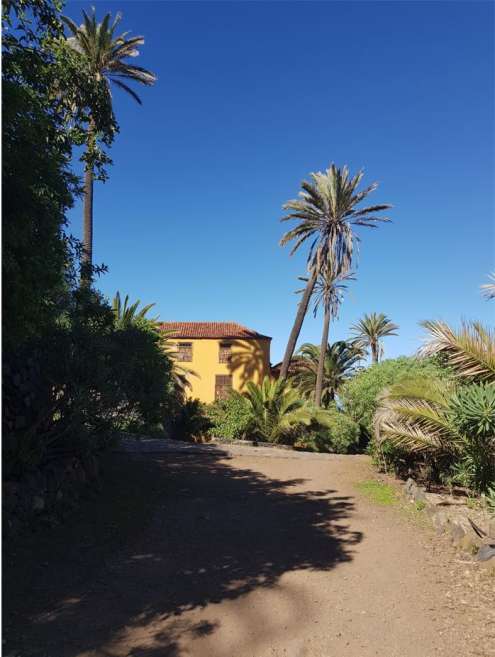 The old Hacienda or Casona de los Castro, which gives the place its name, is located at the foot of the San Pedro viewpoint and in the middle of the Rambla de Castro. A huge house in striking yellow color with wooden windows, which was built in the 16th century after the conquest of Tenerife in a humid and water-rich area, a very auspicious place for agriculture. crowned and rewarded, he took over the administration of the area, where they first began growing sugar cane and later vines. 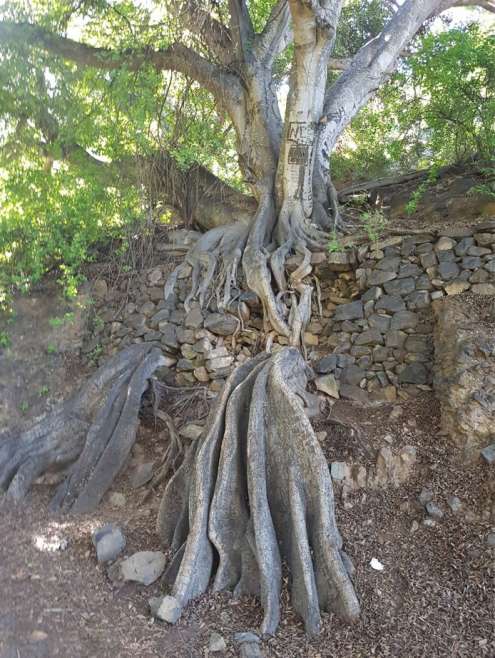 Towards the end of our trip, we enter a denser forest set in this protected landscape and discover a varied vegetation composed of cardoons, tobacco trees, palms, dragon trees and some Indian laurels. But the main character is the sea, whose scent accompanies us from the beginning of the tour and the sea breeze refreshes us slightly.

The end of our journey is the view of San Pedro on a banana plantation with the ocean in the background. From here, the bus takes us back to Puerto de la Cruz, which takes about 30 minutes. You can also turn the road, there is a small parking lot, so the trip is easily accessible by car. We went the variant, which is about 6 km, but the number of paths can be made a longer but also shorter walk.