The second highest mountain in Slovakia, the Tatras and the Carpathians

Lomnický štít (without Gerlachovská tower) II. the highest in Slovakia offers several options to get to its top. In addition to not very sporty cable car rides, several easy and difficult routes lead to it, accessible with leaders or with the appropriate authorization (climbing associations, instructors …). One of those easy paths (IV, rather III UIAA) is the edge on the line between the gable and Lomnický sedlo, called Birkenmajerova (similar to a number of adjacent paths).

Follow the serpentines along the „normal“ to the place where the road through the rubble turns right / east under the Emericy trough. Above the footpath is a rock edge with a chain and above it the first stand.

From Lomnický sedlo to the edge

lower non-climbing part with the way to Lomnický tower

From the first stand directly up, the trough on the right provides a possible escape route (stands for abseiling). Some places can be bypassed left and right, then returned to the edge, on the upper footbridge sharply to the right only a few meters to the railing at the top of Lomnický štít. In the last length, the railing is occasionally visible. Good solid rock.

Three alpine hikes in the Tatras

How to climb from Brnčálka when it turns yellow

Ascent to the Small Ice Shield and the Wide Tower 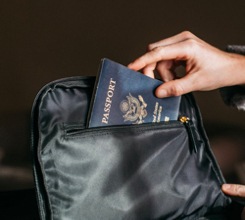