The way from Syange to Cham (29 kilometer on the trek around Annapurnas) is probably the least interesting part in the whole trek. Mainly due several kilometers you go along the built road. Even so, there is still something to watch – on the slopes of the hills there are rice fields among which you can occasionally see a waterfall.

The way from Syange leads along the dusty path with views to the left bank of the river. Interesting is mainly gigantic landslide on the opposite hill, which was probably saved from its infamous fate by the fairly large forest above it. 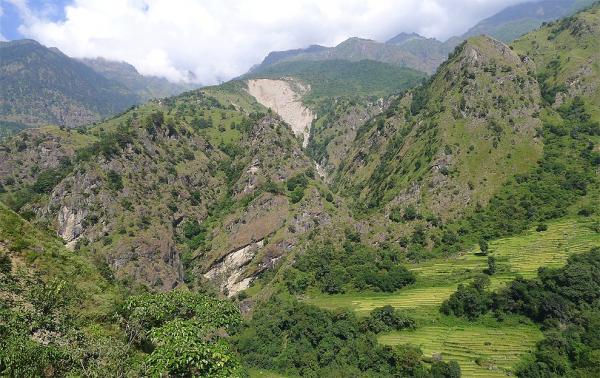 Jagat in the distance

After a while you can see the village of Jagat, nicely located in the lush vegetation, on a rocky small cliff high above the river. 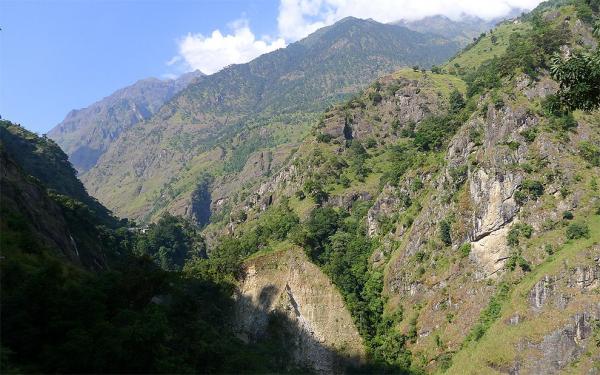 Steep paths are shortened by four turns of dusty road and after quick 100 vertical meters there are nice views of small villages high above the river. Traditional scene of Jagat with suspension bridge over the river canyon (see the introductory photo of the photoreport) is very nice. 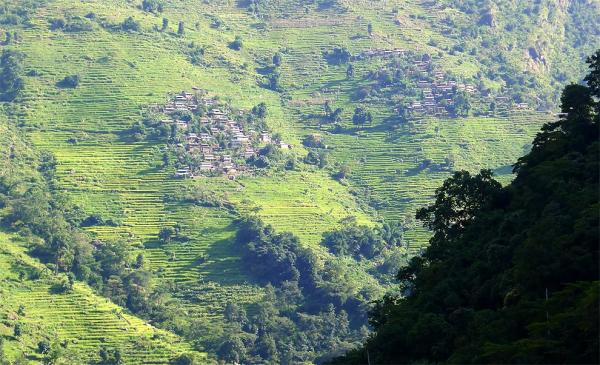 After less than two hours walk from Syange you finally come to Jagat (1300 m asl). If it's already late in the afternoon, there are a lot of “inviters” to nearby lodge. Nearby behind the village there is another nice waterfall. 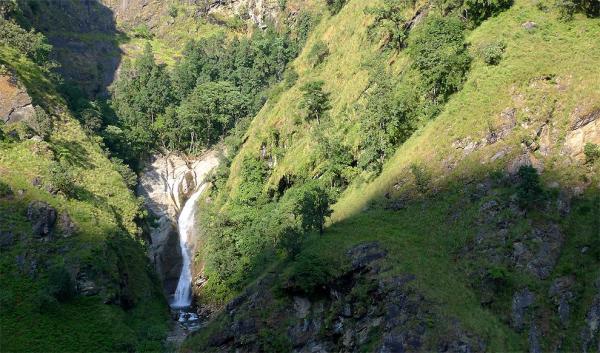 You can also meet herdsmen with small herds of goats along the way. 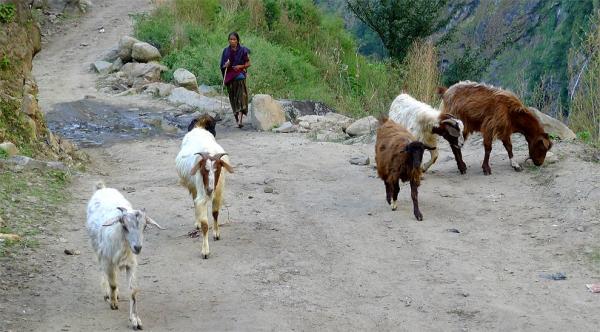 Along the way there are lots of views of the waterfalls. 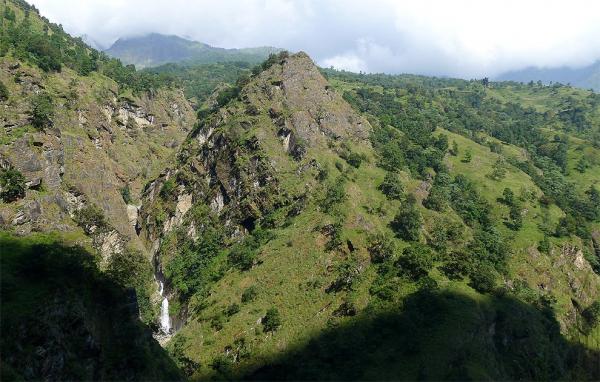 Interesting is also the view of the rocky crown. 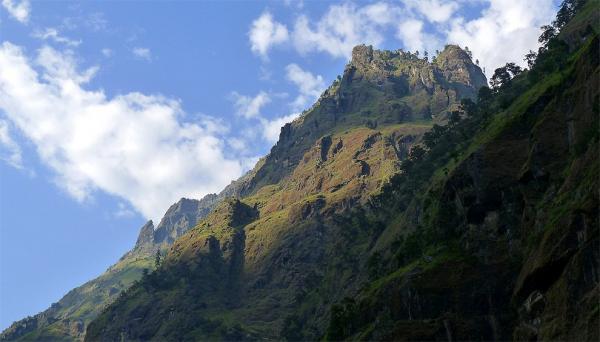 The path through the jungle

The hot path is finally behind your back and final ascent through the jungle to the Chamje (1390 m asl) begins. 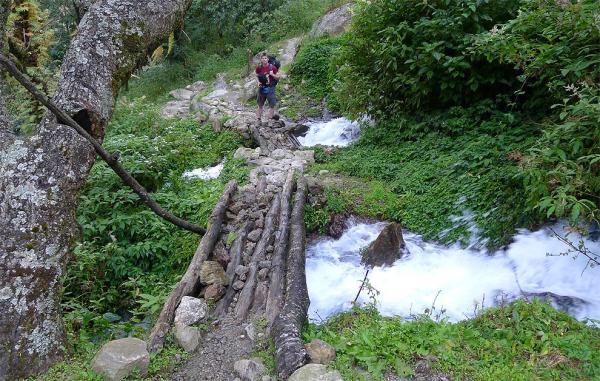 The ascent through the jungle on the steep “staircase” is quite tiring, especially when the tourists go from afar. But the vision of the deserved dinner at the lodge drives forward :-) 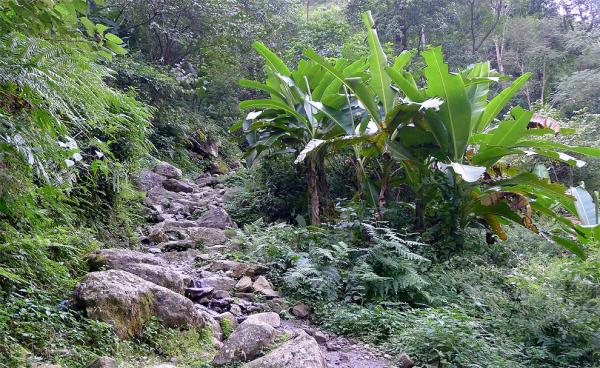 Lamjung trek leading through Marsyangdi is usually not walked as a separate walk. It's actually the beginning of the trek Around… continue reading 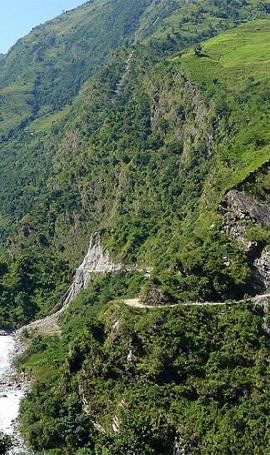 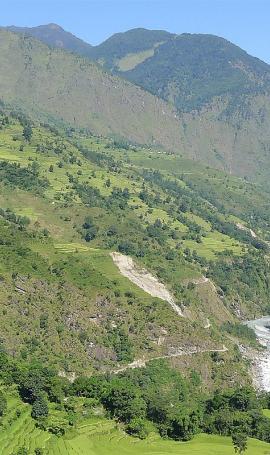 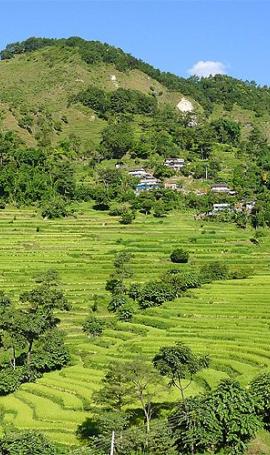 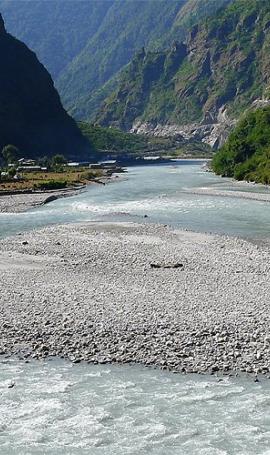 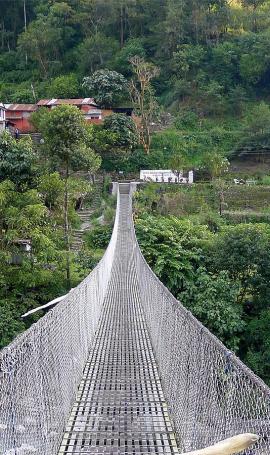 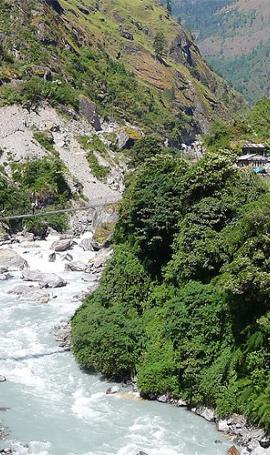 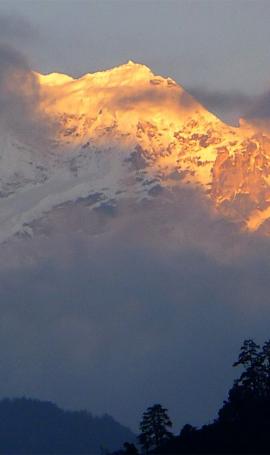 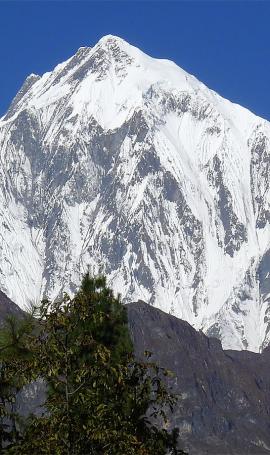