El Choro trek 2: After you get to the pass Apacheta Chucura and enjoy the views, awaits you very long descent into the depths of the valley leading to the village Challapampa more than two altitude kilometers below you. You will leave high mountain landscape with Ilama fences within a few hours and get to the edge of the wet foggy forest Yungas.

View of the valley

The view of the valley is not obstructed by anything, so you can see already from the pass Chucura a big part of today's walk on El Choro trek. Entirely on the horizon nearly a kilometer below you can see the first settlement, or rather a system of fences for Ilamas – Samana Pampa. 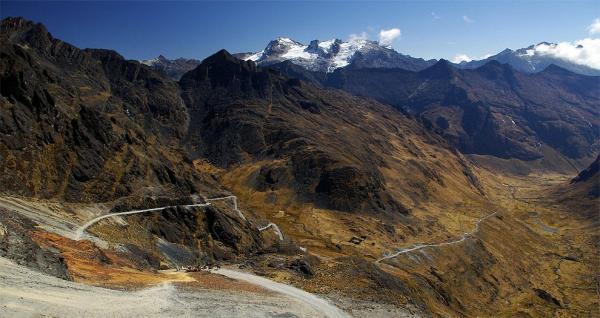 Look back to the pass

Local people wander this way linking foggy Yungas with the valley of La Paz for centuries and are doing so even today. For residents of villages in the upper part of the valley it is still faster to „run over“ the pass and get a bus in the road pass of La Cumbre than walk many kilometers through the jungle to the settlement Chairo, from where already leads a road to Coroico, respectively to La Paz. The road was paved during the reign of the Incas and many of these sections remained to this day. 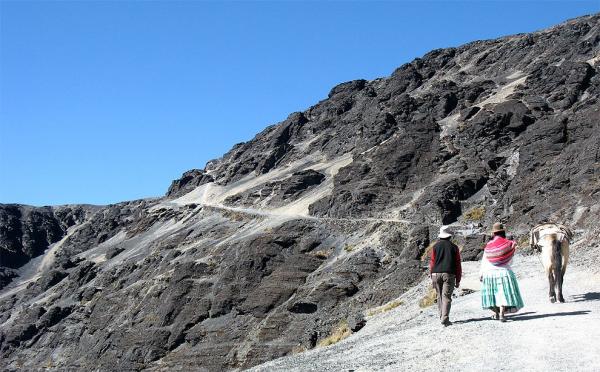 It is not so unusual to meet local herders of llamas, but it is certainly interesting. Fortunately, the path is wide despite its location in nearly five thousand meters above sea level. 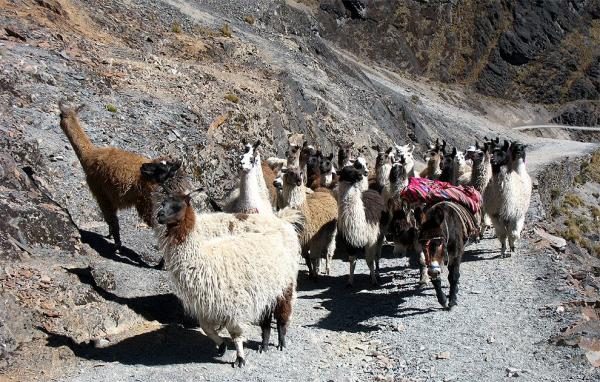 After an hour descend you will have managed the steepest part. At the Inca ruins (4 435 m asl) opens the view of the small side valley where llamas, horses or donkeys quite often graze. This small side valley ends with steep a few hundred meters high walls, so there is no path leading here. 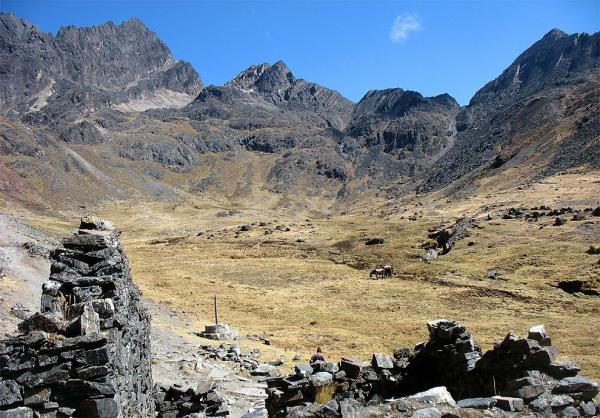 Look back to the ridge of Cordillera Rea

The path drops relatively comfortably along in some places preserved paved Inca sidewalk (this all-day descent on the cobbles with a backpack is quite demanding) relatively high above the valley bottom. Cordillera Real is renowned for glaciated peaks, but this is true mostly for mountains higher than 5,500 meters above sea level. Otherwise, the mountains have dark black color. 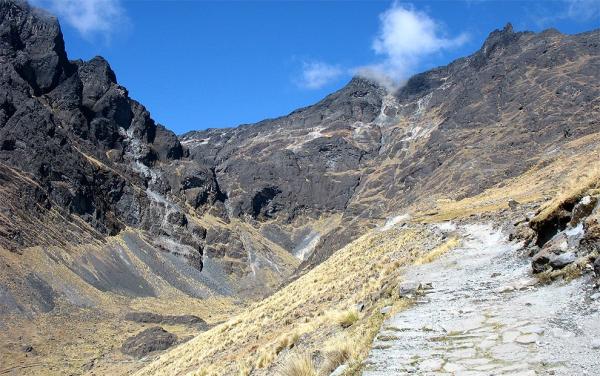 After another 45 minutes of walking the path gets closer to the bottom of the valley through which flows a small stream (so almost 4 hours after the bus drop you off at La Cumbre you get to the water). 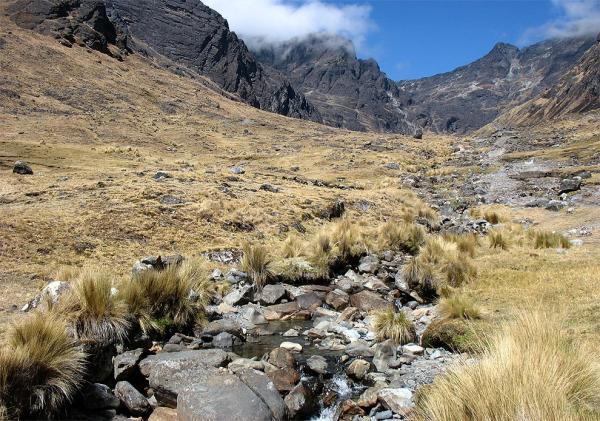 Finally, you arrive to the junction of the valley. You are in Samana Pampa, which are mainly Inca ruins and llama fences. Just below you, however, there are a few houses, so it is not a ghost town. 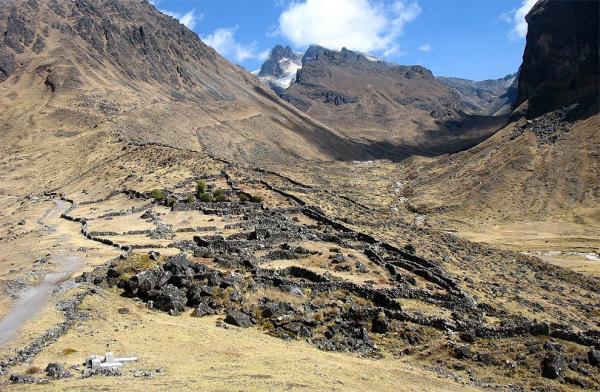 Mountain on the horizon

There is no official trekking path leading in the valley that joined you, but it looks relatively passable. So it could be interesting to undertake walk here with an attempt to cross the pass and get directly under Huyana Potosi. Now awaits you the final stage of today’s first day of the trek – a descent into Challapampa. 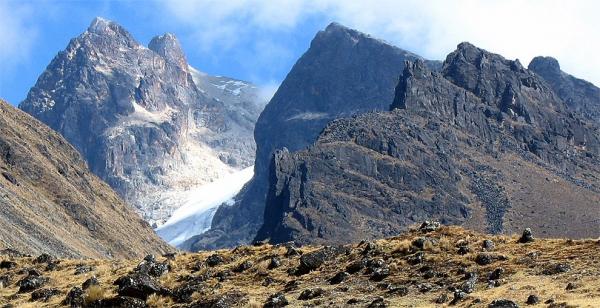 The most famous Bolivian trek leading along the old inca trail is El Choro. Within just a few days you pass several vegetation… continue reading 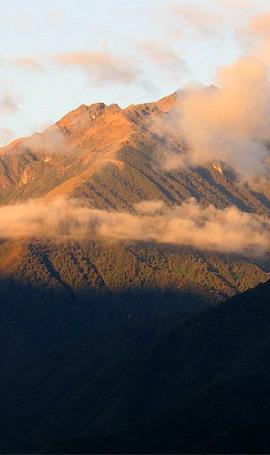 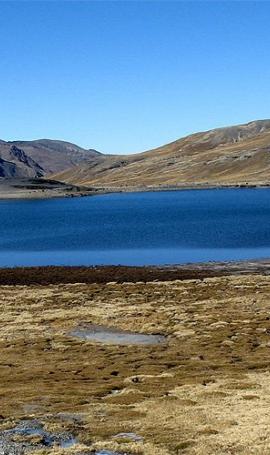 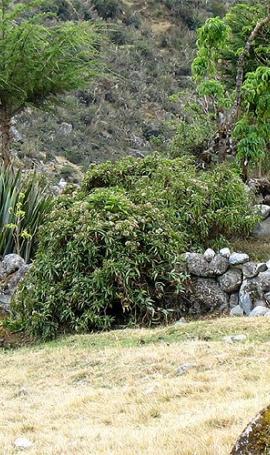 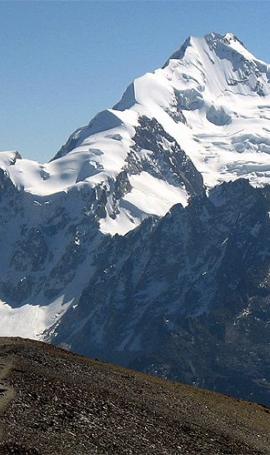 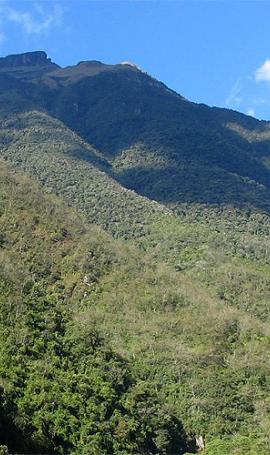 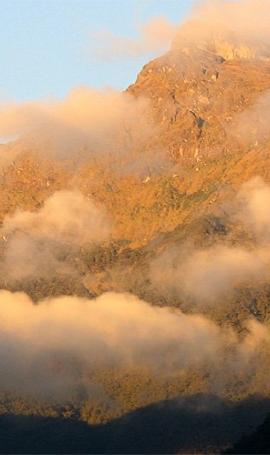 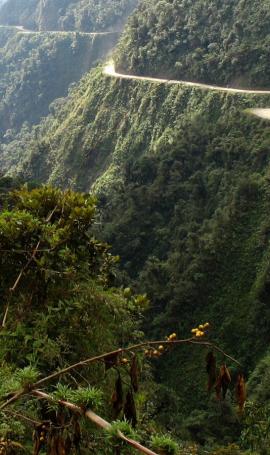 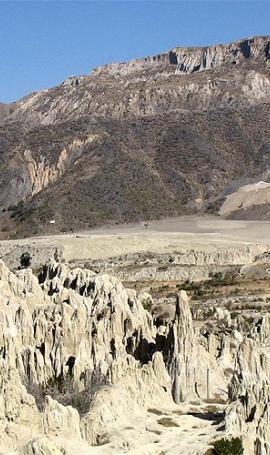