You can manage a tour of the city of Karlovy Vary, the most visited spa town in the Czech Republic, comfortably for a maximum of one weekend a day, as you walk through the surrounding hills and views. There is plenty to see here all year round. In the city, a colonnade with a hot spring for thermal water, Baroque monuments or hot wafers invites you to take a walk. For hikers, there are hiking trails, viewpoints, lookout towers and a cable car in the surrounding hills. In summer, the city lives by a film festival.

Walk through the spa center

Most visitors will be the first to go on a tour of the spa center of the city. Most monuments have a specific spa character, such as colonnades, spa buildings or historic hotels.

A total of five mineral springs spring up in the interior of the largest colonnade in Karlovy Vary: Mlýnský spring, Rusalka… continue reading

The artery of Karlovy Vary is Lázeňská Street, where you will find the elimination of the colonnade with individual springs such as Svoboda, Skalní, Libuše, the spring of Prince Wenceslas I, Ruslka and Mlýnský.

The very center of this spa town is the building of the Hot Spring Colonnade, which is undergoing reconstruction, so the town set up this fountain in front of it, so that visitors have a hot spring at their disposal even during the reconstruction. 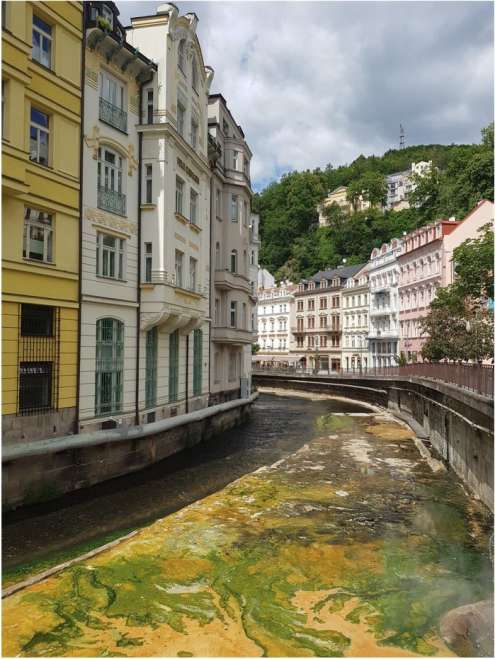 In front of the Vřídelní Colonnade, you can see from the footbridge over the Teplá River how very a mineral spring springs here. The bottom of the river is covered with colored minerals, which create interesting effects. Steam usually rises above the whole place, as the spring is hot and there is also a sulfur odor.

Other sights of Vary

Karlovy Vary is also a city rich in monuments other than just connected with spas. There are many churches, cathedrals and chapels. You can find more in the articles below.

In Karlovy Vary there are amazing monuments of the High Baroque. continue reading 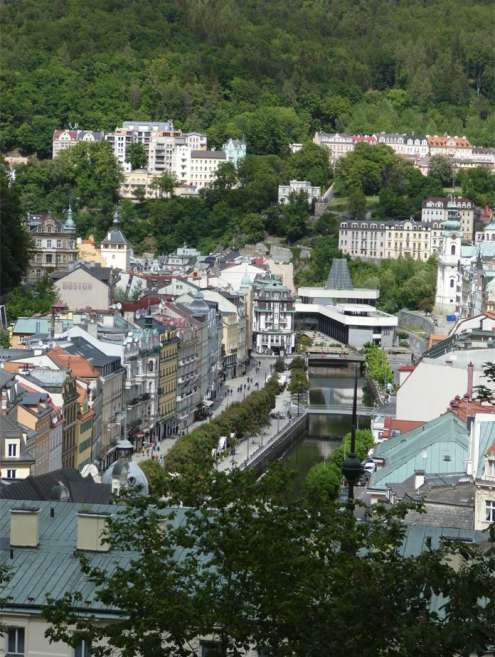 By cable car to Diana

A little further behind the Vřídelní Colonnade upstream of the Teplá River, you will come across a cable car that leads to a hill above the town with the Diana lookout tower at its top. On the way you can enjoy the city below you and if you want to have more time to meditate, go up the blue tourist sign. It will also take you to the top, and you can enjoy the journey while breathing. 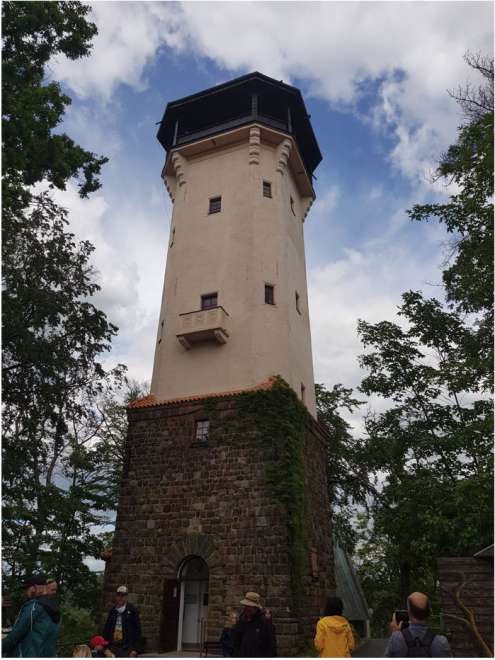 The lookout tower was built over the town in the years 1912–1914. In the past, it changed names such as the Hans Kudlich lookout tower or the Beneš lookout tower. The tower is 40 m high. Even when climbing the top of the Diana lookout tower, you can choose between an elevator or 150 courses. After conquering you will have a view of the city of Karlovy Vary, the Ore Mountains with Klínovec, the Doupovské Mountains or the Slavkov Forest.

From the top of Diana you have the whole city and its surroundings in the palm of your hand. Vary is set in a picturesque valley and is surrounded by hills. And these hills are a popular destination for visitors, providing them with a diverse view of the city deep below.

At the top you will find a nice snack restaurant, but also 50 meters behind the restaurant there is a mini zoo, where not only children can enjoy themselves.

We were lucky and one of the exhibits of the minizoo settled on the roof of the restaurant and showed everyone beautifully and made himself loud.

From Diana you can also see the surrounding views over the city. One such is Goethe's prospect. It is a pseudo-Gothic building of a former restaurant with a lookout tower, which was opened in 1889. The lookout tower has long been a popular destination for tourists and spa guests, but closed during the 1990s. After a long period of decay, the reconstruction was completed in the spring of 2019 and the prospect opened to the public.

On another opposite hill, a transmitter on Vítkov vrch rises to be overlooked. It serves as an orientation for aircraft that land at the airport just behind it.

On the way back to the ridge

If you already have a hard climb of altitude meters, then what to use and take a walk along the ridge of the hill. We chose a shorter circuit along the blue to the cottage U Křížku. There are several such gazebos on the route. If you continue further, you will reach the lookout tower on Doubská hora or the Observatory at Linhart. There are several routes leading back to the city.

Behind the Baroque monuments in Karlovy Vary II.

Behind the Baroque monuments in Karlovy Vary I.