Along the rivers from Veltrus to the Bohemian Central Mountains

Dominika Charvátová
Wrote 119 articles and follows him / her 11 travelers
(1 rating)
Bike One Day Trips
© gigaplaces.com
Suitable for:
Sportsman
Excursionist
They been there:
They want there:

A bike ride just 70 km along the western tip of the Central Bohemian Region is a great trip for culture and stretching your feet in the pedals. The beginning of the journey leads along a plain along the Vltava River in Vetrusy, continues along the Elbe River in Roudnice nad Labem with a stop in Terezín and continues along the plain to Litoměřice. Then the route ascends to the hills of the Bohemian Central Mountains through the Hořidla lookout tower and the end is at the top of Calvary.

The trip begins in Veltrusy, 30 km away, which lies on the Vltava River. You can easily get here by bike by bike, or you can take a trip the day before from Prague along the Vltava on a nice bike path.

On the way from Veltrus to Roudnice

At the Veltrusy Chateau there are beautiful chateau gardens that you can walk. The road further to Roudnice deviates from the river and leads through the districts.

You will continue to drive around the Říp mountain, so there is no shortage of nice views. And from here Roudnice is only a short walk away.

You have Roudnice in the palm of your hand from Kratochvíl's vi­ewpoint, which is located above the town. The road will take us right here and let us enjoy the view of the chateau and the rising Czech Central Mountains behind it, as our next direction of the trip.

Arriving in Roudnice, we move to another river, the Elbe. Roudnice lies on its left bank in the Litoměřice district. The dominant feature of the town is the Roudnice chateau, which the bishop of Prague had built on a rocky promontory at the end of the 12th century as a Romanesque castle. During the Gothic period, the work was expanded and in the 16th century, a Renaissance wing was added.

A tour of Terezín

The next stop is the town of Terezín, especially its fortress infamous as a concentration camp from World War II. Here you can walk the whole area freely and relax with your feet off the bike.

Another stop is Litoměřice, which is located at the confluence of the Elbe and Ohře on the western edge of the Elbe lowlands. Litoměřice is also known as the Garden of Bohemia for its fertile location. Litoměřice lies on the very edge of the Bohemian Central Mountains, which rises just outside the town.

Litoměřice became a royal town between 1219 and 1228. The historical core of the town has been a city monument reserve since 1950, which includes a total of 44 streets and nine squares. The diocese of Litoměřice is located in the town. 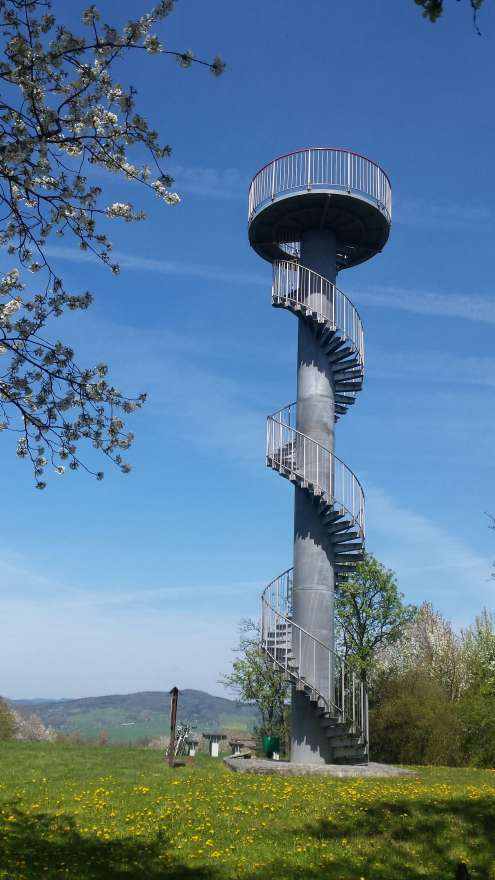 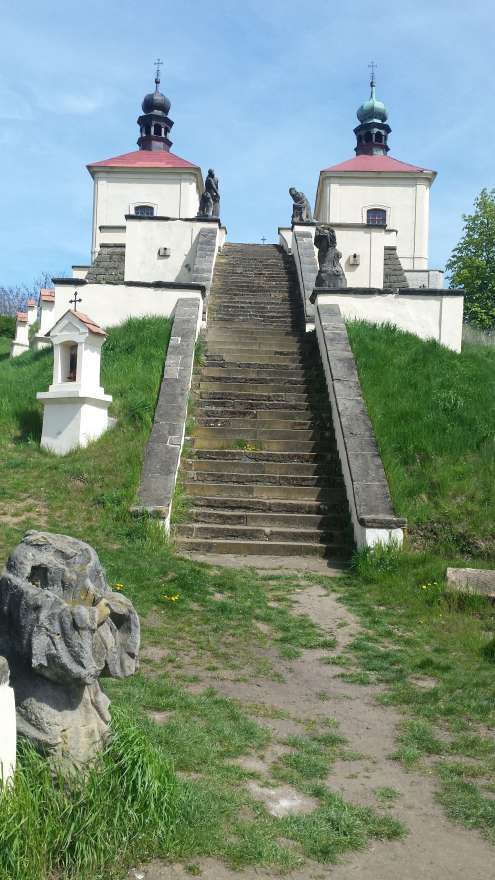 Our final destination is Calvary. It is a Baroque pilgrimage site located on the top of Calvary above the village of Ostrá, which is 1.5 km from Úštěk. The pilgrimage area was built between 1703 and 1707 by the Jesuits. The way to the cross leads to the place, which leads to the lower terrace of the building. From here, a wide sandstone staircase with niches and remains of Baroque statues rises to the top. On the top plateau there are two identical chapels and in the background the tomb of God. Today, this place is frequently visited by tourists all year round, not only for its history, but also as a place with an excellent view of the surroundings and positive energy.

The view from Calvary is worth the climb. It is visible here on the hills of volcanic origin in the Bohemian Central Mountains and also on the town of Úštěk below it.