A tour of Dover

Entrance gate to a British island

Dominika Charvátová
Wrote 119 articles and follows him / her 11 travelers
(1 rating)
Rock formations Castles and ruins
© gigaplaces.com
Suitable for:
Families with children
Families with a stroller
Seniors
Hikers
Excursionist
They been there:
They want there:

The port city of Dover is located closest to the shores of France and therefore the city of Calais. The English Channel is just 34 km away from the cities. In Dover we find a large dock, where both ferries arrive and there is a canal with submarine train traffic. The chalk-white cliffs at Dover are the first to welcome visitors to the British Isles. But what all this town offers visitors can be found in the content of this article. 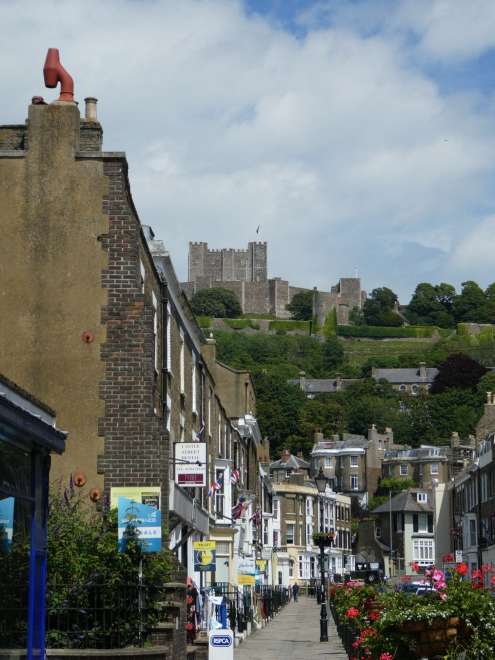 Dover is approximately 2–3 hours by train from London, depending on where you are leaving. The town is quiet and picturesquely British. Here you will find everything you could expect from a smaller city and more. Above the city, a monumental fortress – Dover castle – looks down from the top of the hill above the city. 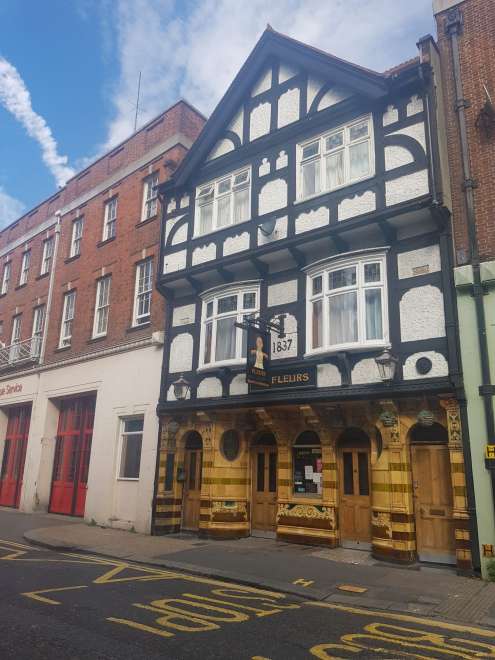 The town is rightly proud of its history, so in addition to the majestic castle, you will also find beautiful stone churches, which are not in short supply in every English town, but also such a historic hangout. The house seems to have been cut from the time of Shakespeare and his Globe Theater stands just undisturbed in a quiet side street surrounded by somewhat mismatched neighbors in the form of an Asian super parquet.

Dover Castle has the same name as the whole city of Dover. The castle was founded in the 12th century by King Henry II. and was described as the „key to England“, due to its defensive significance throughout the history of England. It is the largest English castle.

Monument to the first flight of the canal

Not far from the castle you will find a memorial to commemorate the historically first flight over the English Channel in 1909 by the pilot Louis Blériot. The monument forms the paved shape of an airplane in the hillside.

But as the main focus of our trip, we were looking forward to a walk on the White Cliffs of Dover. Several footpaths lead from the castle grounds to the east. Here you will find several floors of chalk cliffs, which you can take. 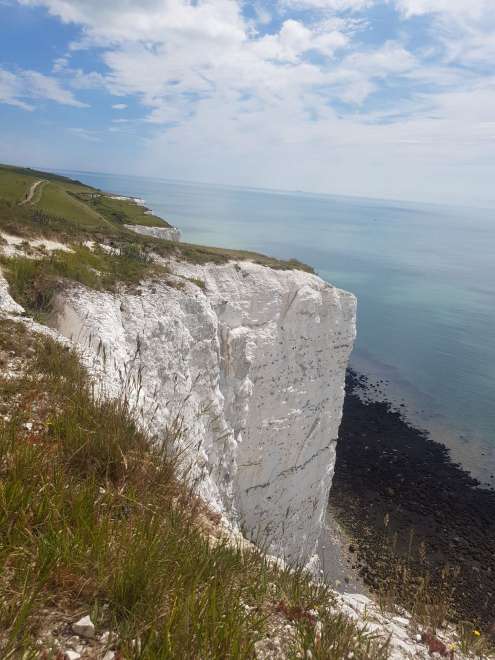 View from the height of the cliffs

Seagulls on the cliffs

Along the way, we are accompanied by seagulls, which float in the free space between the cliffs and the sea level. They glide gracefully in the wind and then deftly land in their excavated nests on the steep slopes of the cliffs. Alternatively, they fly in and pose on the edge of a cliff like the handsome man here.

View of the harbor and the castle

From the edge of the road, over the top of the cliff, you pass the port of Dover, which you have in the palm of your hand. You can easily watch the incoming ferries of huge dimensions and mumble of vehicles around from a distance. The view is far away, so it includes a hilltop castle and the city's pebble beach in the distance.

On the way to the cliffs

The path leads a pleasant walk lining the bends of the cliffs. In the summer months, on the way back around noon, we met a relatively large number of tourists, so it pays to get up.

The goal of our tour on the cliffs was the South Foreland Lighthouse. Here you will find both toilets and a small cute decorated cafe or souvenir shop. 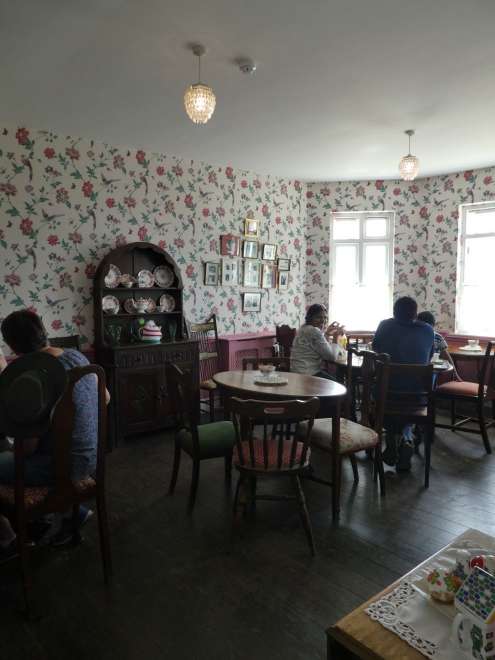 Period interiors of a café in a lighthouse

Even if you don't want to order anything in the café in the lighthouse, I still recommend just taking a look there. The interiors are decorated in the spirit of the 19th century with floral wallpaper on the walls. Of course, there are amazing tea service sets made of real thin porcelain. Who would have expected it in such a secluded place, when even in the center of London they serve you everything in plastic in a bistro in the park.

On a clear day and good visibility, it is not a problem to see across the canal and see the French shores, as we were lucky.

Bike trip in the south east of England

A trip to the cliffs of Seven Sisters