A tour of Cambridge

Dominika Charvátová
Wrote 119 articles and follows him / her 11 travelers
(1 rating)
Sightseeing Cities
© gigaplaces.com
Suitable for:
Families with a stroller
Seniors
Hikers
Excursionist
Travelers
They been there:
They want there:

The breathtaking city of Cambridge, with a reputation far ahead, is a good choice if you have already visited London and want to discover something new within easy reach. But the homeland of the world-famous Cambridge University or an explanatory English dictionary of it offers much to explore. Here you will find countless old dormitory buildings that will take you back in history for several centuries, as well as peaceful river canals with boats reminiscent of Venice.

Church of Our Lady and the English Martyrs

Cambridge is 80 km north of London. You can easily get here by train within two hours. If you don't hold a larger number of people, then I recommend going outside the main summer season. Even so, you can find several nooks and crannies that are not under siege by Asian tourists and enjoy a quiet day. On the way from the train station to the city center, you pass a truly monstrous church that cannot be overlooked. It is the Church of Our Lady and the English Martyrs from the middle of the 18th century. 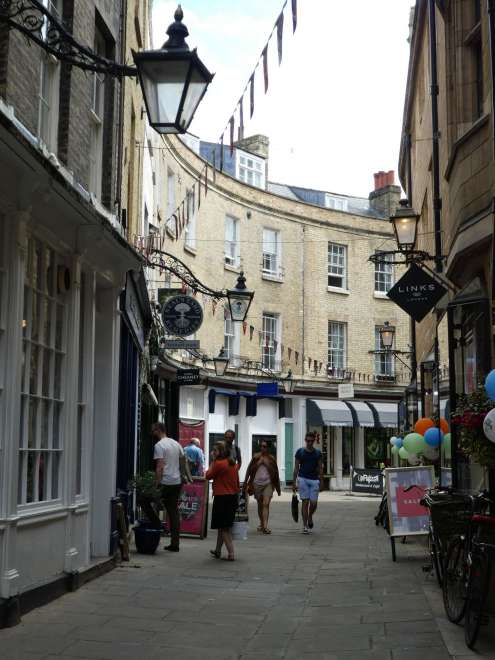 The winding streets of Cambridge

In the heart of the city you will find yourself in a maze of alleys of various widths and curves, where it is a joy to get lost. The atmosphere of the city will take you to the Middle Ages, where brick houses of various shapes complete the whole illusion of perfection. 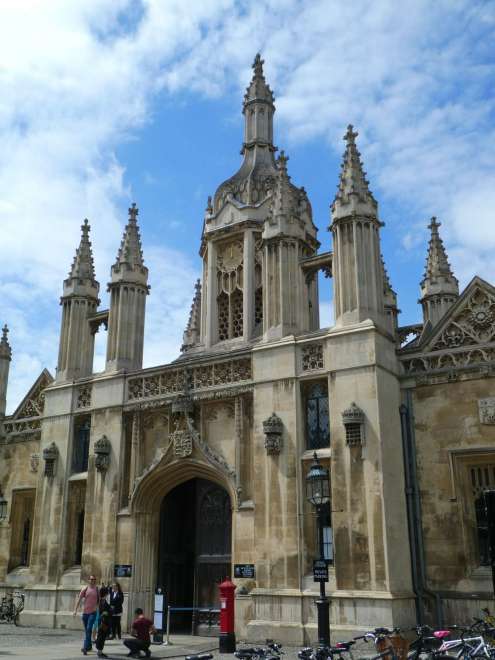 The most famous college from Cambridge University is King's College, located in the heart of the city. There is a separate entrance fee for each dormitory, which varies in price. We had to look at the main gate of the dormitory from the street, because a closed charity event took place there that day. We were a little sorry that we could not see the Wailing Bridge, which is accessible from the courtyard of the dormitory, or during a boat ride. It is a historic arched closed bridge, which in the Middle Ages served as a path for convicts from the courthouse to the prison.

Right next to the main gate of King's College is a monumental Gothic chapel, which Henry VI began to build. in 1446 and its completion took another century. It is a truly admirably majestic building worth seeing.

The main nave of the King's College Chapel. 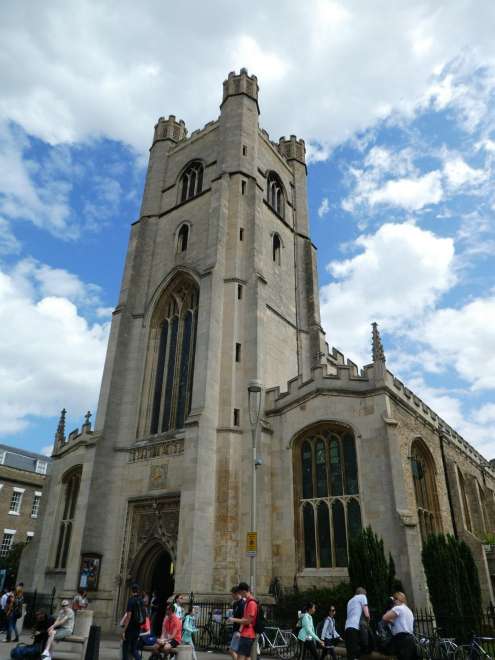 Just opposite the chapel of King's College you will find another majestic monument. It is the church of the University of Cambridge – Great St. Mary. In contrast to the cathedral, it is not so ornate, but its strictly austere smooth walls give it seriousness and authority. 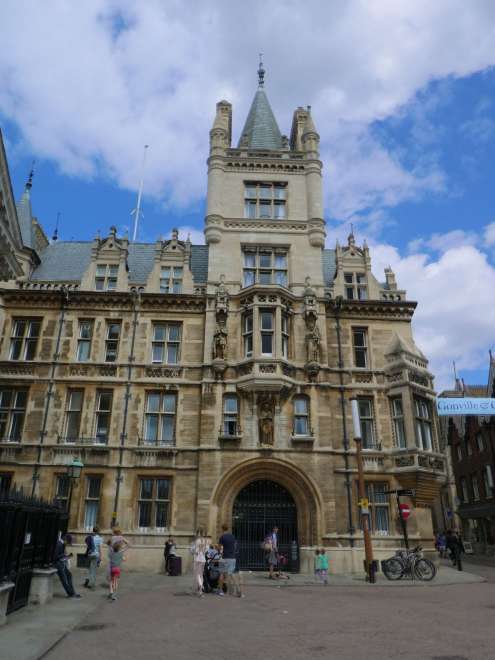 Historic architecture in the city

It is practically impossible to find a building in the city center that would not be a historical architectural gem. This is, for example, the Senate building on the same square, where it stands next to King's College Chapel and Cambridge Church. Here, the history of past centuries really breathes on you from every nook and cranny.

Another of the many tracks is St. John's College, which is just a few steps further down a winding alley of shops on the ground floor. It's a pity that in such a historic city center you will also find international fashion brands instead of local British ones, but I understand that it is also mainly a student city. 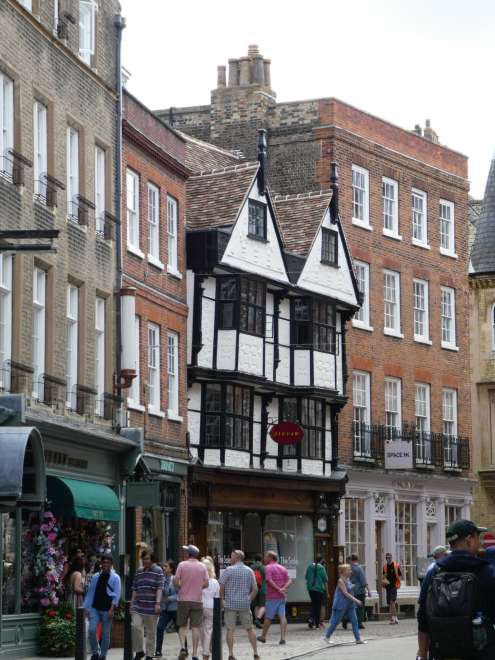 In the city you will find not only magnificent stone chapels, dormitories and churches. Of interest are also such reconstructed medieval burgher houses, which in cascades rise above the street. As if they fell from the time of William Shakespeare.

A boat ride on the river Cam

The River Cam flows through the city, for which the name was adopted only after the city was renamed Cambridge. Especially in the summer months, the biggest attraction here is boat rides, which resemble poor Venetian gondolas. The helmsman also uses a long pole to control the boat, which bounces off the bottom of the river. The price is not low, although compared to Venice, it probably still pays off.

The river flows behind the tracks and surrounds the main historical center of the city. There are countless picturesque romantic stone bridges that cross the river.

Countless bridges over the river provide a cascading view of many of them, and in the background usually rise some of the many historic turrets. In this case, looking at the Garret Hostel Bridge, you can see the new courthouse in the background.

A quieter arm of the river

If you already have enough tourist hustle and bustle in the city center, then there is nothing easier than to hide in the tranquility of a more distant branch of the river, along which there is a footpath that will take you to the southern gate of the botanical garden.

On the very side of the bustle and bustle of the city, there is a small hill in the north, which is a distant reminder that a castle from the Iron Age once stood here. No ruins have been preserved, so you will only find a place with a nice view of the city center.

An oasis of peace and delight for the eyes is the botanical garden, located just about 5 minutes from the train station. Here you will find countless diverse plants, which are placed in the garden with English precision. The walk will take you an hour and a half for sure and will be a pleasant end to the day. Admission is a favorable £ 6 per adult.