Trip to the most beautiful waterfall in Tyrol

Petr Liška
Wrote 2166 articles and follows him / her 195 travelers
One day Hikes
Author: Petr Liška © gigaplaces.com
Suitable for:
Hikers
They been there:
They want there:

The Grawa waterfall is undoubtedly one of the most beautiful waterfalls in Austria and is certainly the widest of them all. It is also very accessible, as it is right next to the main road leading through the Stubai Valley, just a short distance from the cable car leading to the Stubai Glacier. There are several options for parking around the waterfall, and then you can go straight to it on the footpath. From under the waterfall, there is the most beautiful view of it and there is a unique observation and relaxation platform. You can also climb along the waterfall for more viewpoints

Grawa waterfall from a distance

You can see and hear the Grawa waterfall from a long distance away. There are several smaller parking lots in its vicinity, or you can park right on the side of the road.

The nearest parking lot to the waterfall is at the Grawa Alm restaurant (possibility of refreshments). From there, a short descent awaits you to the Ruetz River, which is the main watercourse in the Stubai Valley. The river is very rough here.

View from the meadow

After a while, the path leads you out of the forest to a picturesque meadow. The waterfall is almost within reach.

We are finally here, right in front of one of the most beautiful waterfalls in the Alps. It is impressive mainly because of its width. For those who don't want to scramble up. From here the waterfall is just as beautiful.

Waterfall from the second viewpoint

If we take the tourist route up, several more views of the waterfall await us from different altitudes 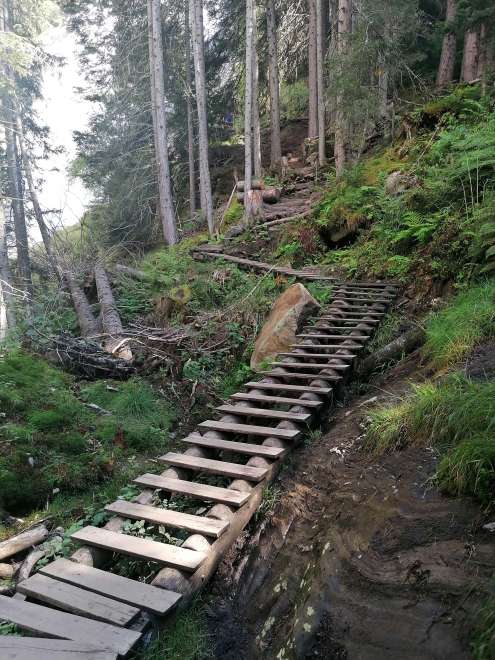 As the surrounding terrain is very wet and muddy due to the splash of water from the waterfall, the path leads on wooden ladders in many sections.

Lookout at the stone

Roughly in the middle of the waterfall is a gigantic rock. There is another lookout for the Grawa waterfall near it.

Ascent to the next viewpoint

Even the surrounding forest with lots of ferns has its charm 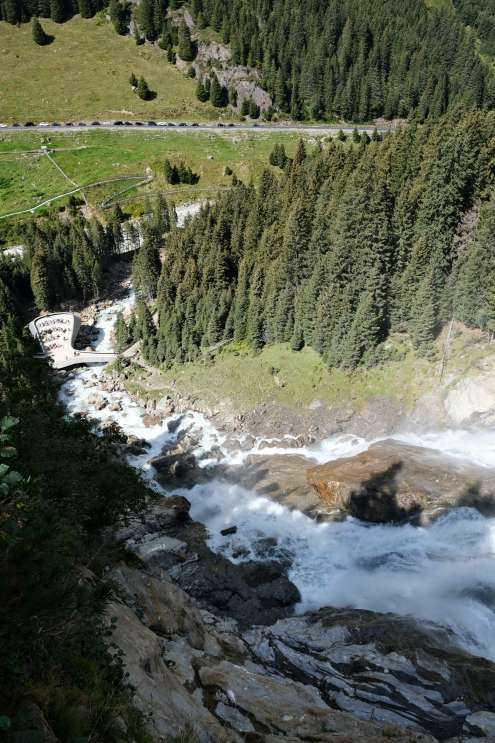 View from the top

Finally, we are almost at the top of the waterfall with a nice view into the depths. The tourist path still leads upwards. Here you can make a really beautiful hike over another waterfall to the Sulzenauhütte

Ascent to the Schaufelspitze (3332 m)

Ascent to the TOP of Tyrol viewpoint

Drive on the Ötztaler Gletscherstrasse

Trip to the Ötztal ice arena

Ascent to Hohe Geige via Westgrat