Old fortress above the valley

The most of tourists pass the one hundred kilometer long road between Gyantse and Shigatse along the river Nyang in one pull. Over the road, however, raises several old ruins of local castles with stunning view to the fertile green valley, which is worth at least a short trip. One of them is a small village with monastery and ruins dzong near the bigger town Bainang.

Driving through the valley of river Nyan

Road S204 leading from Gyantse to Shigatse leads through very fertile valley of river Nyang. The surrounding rocky ridges are 4–5 thousand meters above sea level. Most interesting, however, are the rocky promontories on which are the remnants of ancient fortresses. One of them is in Bainang, roughly in the halfway. 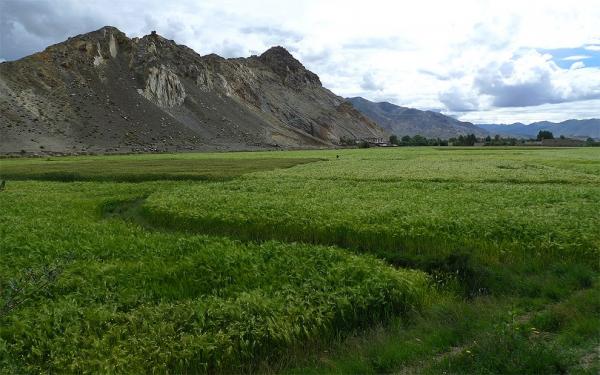 Just a few hundred meters from the modern and industrial Bainang is original Tibetan village that has its own monastery. While walking through its streets you feel as if the world stopped here. 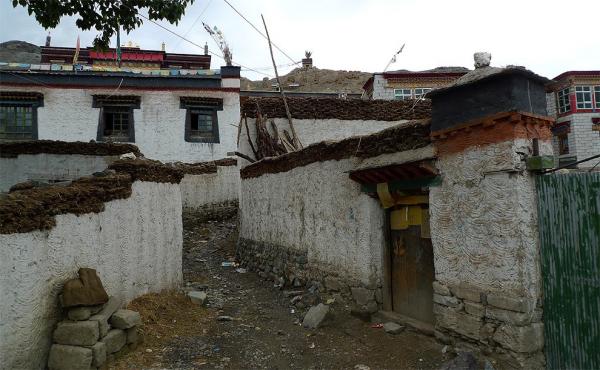 The village center is formed by small but nice monastery. In addition, here also begins the path to the ruins on the mountain ridge. 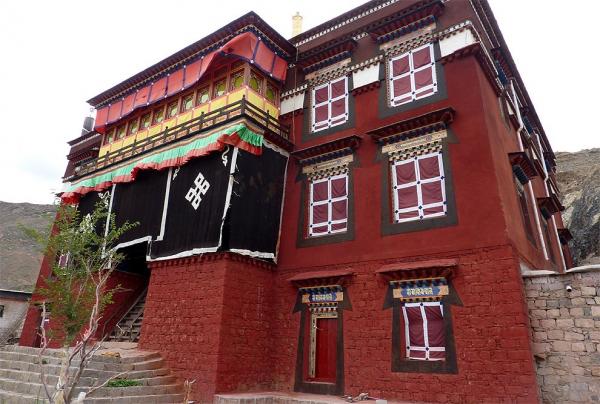 Above the valley of Nyang

Just ascend a few meters above the monastery and a wide panoramic view of the green valley of the river Nyang opens up, see the introductory photo in the photoreport. 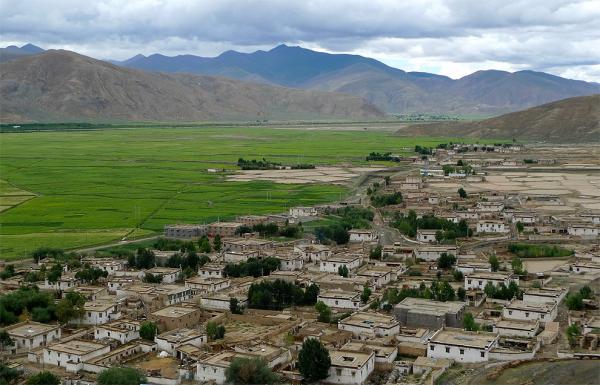 Ascent to the ruin

The ascent along the ridge to the ruins itself is neither a walk, nor a difficult hike. 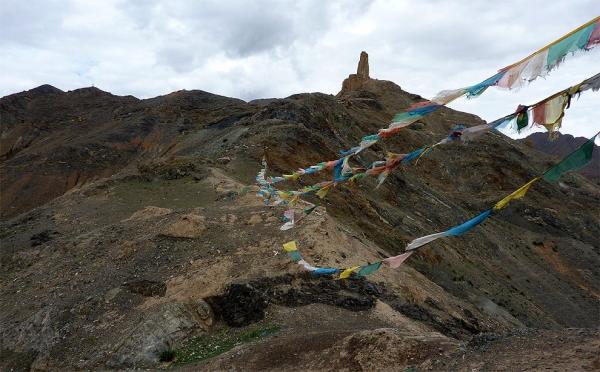 From the ruins (3 965 m asl) is also a view to the other side of the ridge, where modern Bainang is situated. 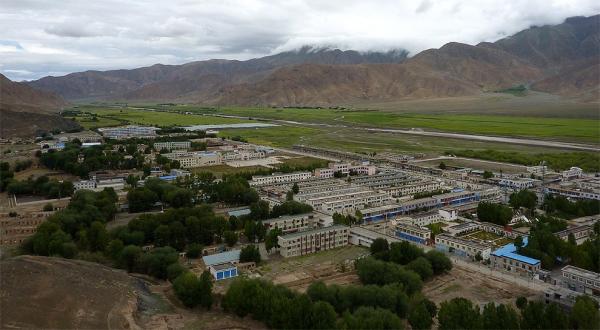 The village in the foothills

Far on the other side of the valley lies below the mountains another nice rural village.

The trip here is interesting mainly due to the fact that you get outside the obligatory tourist routes at least for a while. 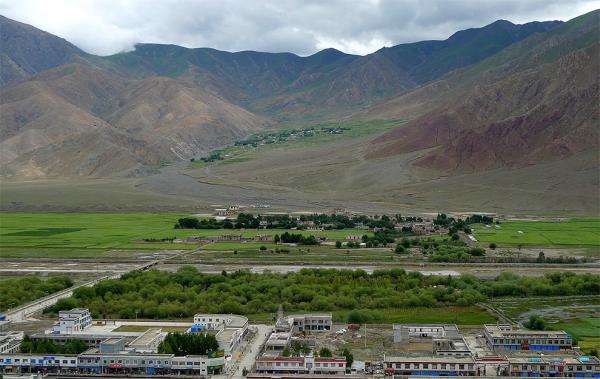 Article: Trip to Gyantse and Shigatse 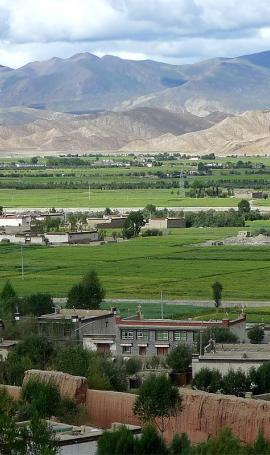 Trip to Gyantse and Shigatse 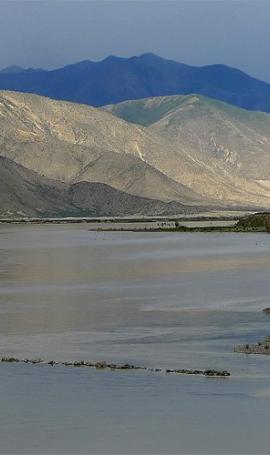 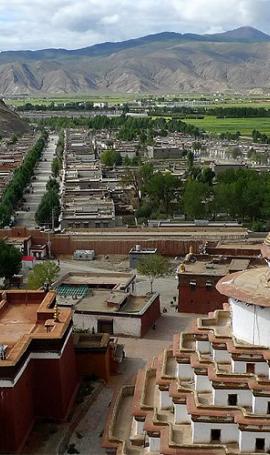 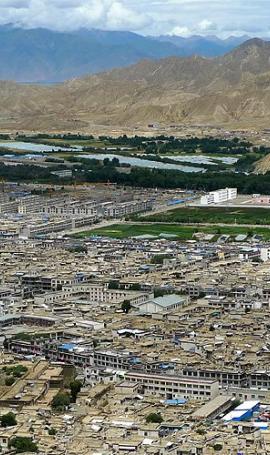 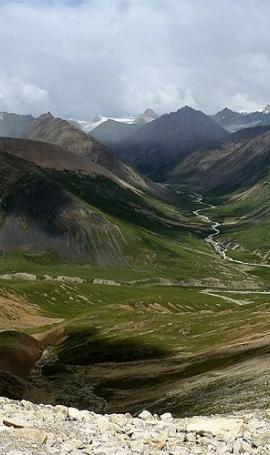 Drive across the Suge la pass 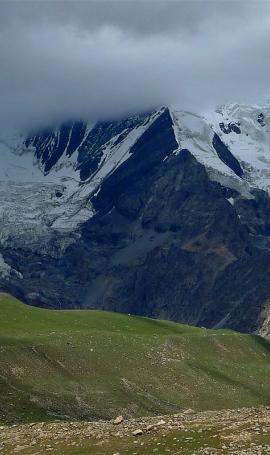 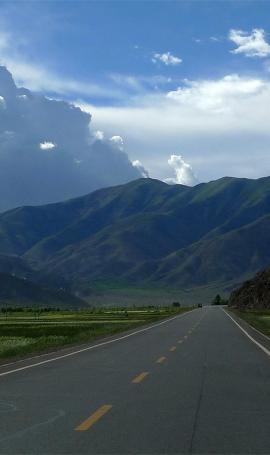 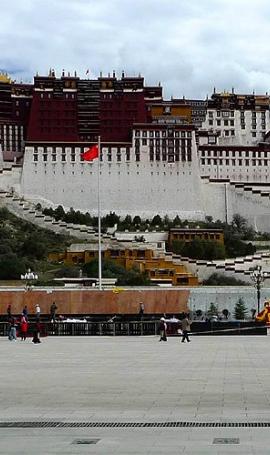