Tour of the mansion in Talatí de Dalt

Or another example of Talayotic settlement

Talatí de Dalt is one of the most important prehistoric settlements in Menorca. The settlement is divided into a public area with a shrine and talayot, and residential areas with talayot houses and warehouses.

After entering the area, the first thing that catches our attention is the water trough originally used to water cattle. 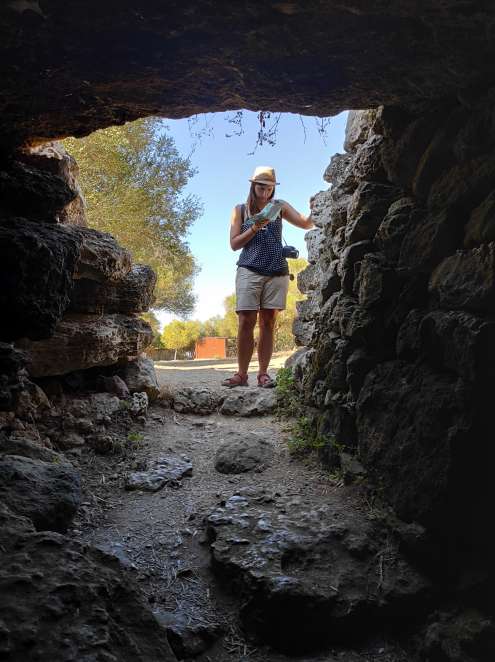 Larger Talayotic settlements had their hypogeum – that is, an artificially created cave used for burying the deceased.

Next to two structures that may have been small talayots, a large well-preserved talayot with other buildings attached to it cannot be overlooked. Talayot apparently had an inner chamber, which is now in ruins.

The local sanctuary, or taula, is one of the largest and best preserved in Menorca. It is unique in its structure, as it consists of two columns, one leaning against the other. This phenomenon apparently occurred by accident when part of the upper part of the T monument broke off and the stone standing next to it collapsed. Excavations in 1960 proved the ritual significance of the site even in the post Talayotic period (650–123 BC), as the remains of fire, bones and wine vessels were found here.

The settlement also contains many remains of Talayotic houses. These houses were usually circular with an inner courtyard and space for animals. The method of construction of these buildings is still visible today.

Talatí de Dalt was the only Talayotic seat where we paid an entrance fee. It should be added that it is really one of the most well-preserved and a visit here is worth it.

Discovering the beauty of the surroundings of Es Grau

A walk through the town of Binibequer

Tour of the fortress of La Mola