Port in the north of Croatia

Rijeka is a port city in northern Croatia and the third largest in the country. It is also the capital of the Primorje-Gorski Kotar County and the seat of the Catholic Archbishopric. It is located in the Kvarner Bay of the Adriatic Sea, east of Istria. Its name is derived from the river that flows through the city. It is an important industrial city with a shipyard, an oil refinery and an oil pipeline terminal.

The city tower with a round tower is a symbol of Rijeka and a good example of a typical entrance point that leads to the fortified city. Today, it dominates the central part of Korza, although it is now surpassed by newer buildings. The original tower was built on the ancient foundations of the coastal city walls, the hour part of the tower was completed in the 17th century.

The main and railway stations are located in the very center of the city, precisely because they have enabled the historical development of the city to its current form. You will find them just a few steps from Korza.

Marine life in the harbor

Harbors are a very popular place for smaller fish and animals. Anchored boats sometimes discharge the remains into the water and this attracts these fish. They showed us a synchronized swim with begging kisses above the surface at sunset.

Yachts in the harbor

A walk around the harbor offers a show of a large variety of vessels. From small boats, through sailboats and luxury yachts to large steamers that cruise the Mediterranean Sea like sailing cities. 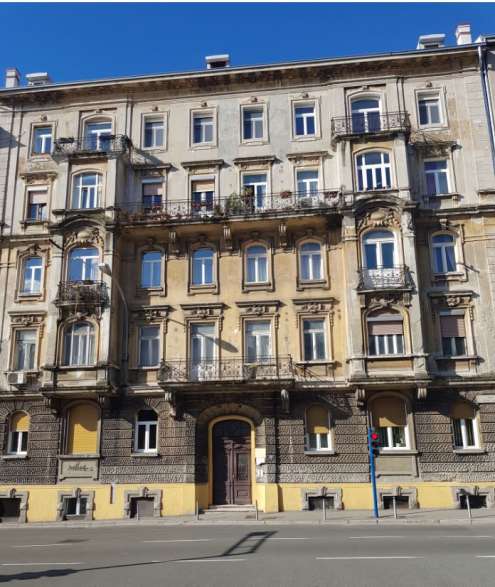 In the historical part of the city you will find many important monuments, whether they are churches, the town hall building or monasteries. In the center are still whole blocks of old buildings from the early 19th century built in the colonial style. Unfortunately, often in a very shabby condition, but some are already undergoing reconstruction. Due to its location on a hill, the town first developed along the bay, and only in later years, with improved technology, houses and luxury villas began to build high above the town on a hillside with a beautiful view.

Due to its location on a hillside and between high rocks, the city has beautiful views. But it also has its dark side, when it needed to solve traffic, the city had to build several tunnels and high bridges that span the entire cut valleys. For example, this bridge Rječina near the castle Trest in the western part of the city, which crosses the river, after which the city got its name.

From the city center, we moved to a height above the city in its western part, where you will find this Franciscan monastery in close proximity and the Trsat castle next door. The dominant feature of the monastery is the white tower of the Church of Our Lady of Trsat. We were here during Easter, and because the Croats have a holiday on Sunday and Monday, we found a place at the morning Sunday Easter Mass. The bells of the church then rang in the valley to the city center.

Entrance gate to the castle Trsat

Just a few steps next to the monastery you will find Trsat Castle, around which the city of Rijaka has been slowly developing since the 7th century. We welcome us at the entrance to the complex, which is freely accessible by this robust stone gate. Inside you will find a small cafe.

The castle is believed to be located at the exact site of an ancient Illyrian and Roman fortress. Croatian nobleman Vuk Krsto Frankopan is buried in one of the churches. Trsat Castle was completely renovated and reconstructed in the 19th century, when the mausoleum of the military commander Laval Nugent was built in its interior.

View of the city from the castle walls

Such a view from the castle walls will give you a view of the city and the port. Below the castle you can see the river Rječina and on the left peeks the monastery.