The biggest attractions of the Moravian Karst

Petr Liška
Wrote 2230 articles and follows him / her 213 travelers
(3 rating)
Nature Caves
© gigaplaces.com
They been there:
+12
They want there:

There is probably no bigger attraction in the Moravian Karst than a trip to the Punkva Cave and the huge abyss Macocha. A walk through the caves, a tour of the abyss and finally a cruise on the river Punkva in the depths of the cave is a really great experience. Don't forget that there is a lot of interest in this trip and if you want to be sure that you will get there, buy tickets well in advance

Entrance to the Punkva Cave

The entrance to the Punkva Cave is in a massive limestone rock. You will also find an extensive modern visitor center. You can get here on foot from Skalní Mlýn or from the tourist cottage Macocha (either on foot or by cable car)

In the first part of the tour, three beautifully decorated domes await you – the Front, Reichenbach and Back House. There is also a beautiful mirror lake and a massive decoration of stalactites, stalagmites and stalagmites

The path of the Punkva Caves

The actual path of the caves is not completely relaxing – long stairs await you here. At the very end, an artificially excavated corridor in the rock leads towards the famous Macocha abyss. In total, it is a kilometer and a quarter of a walk and about half an hour

After leaving the cave, you will get a breathtaking view from the bottom of the abyss Macocha

A pond at the bottom of the Macocha abyss

At the bottom of this 138 meter deep abyss is a beautiful lake. The abyss was created by the collapse of the ceiling of a former huge cave. 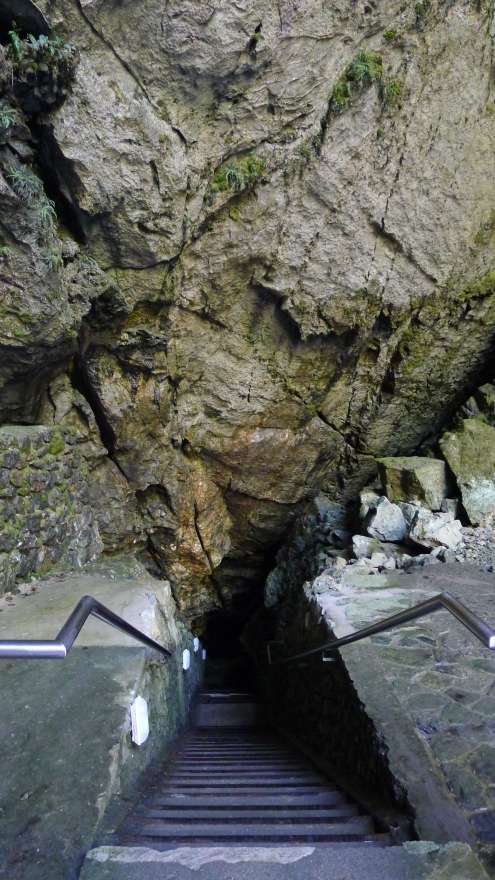 Descent to the port

From the bottom of the Macocha abyss, long stairs lead to the depths to the underground port, where the famous voyage on the river Punkva begins.

Underground cruise on the river Punkva

An underground cruise is probably the highlight of this whole trip. Sometimes you only have the ceiling of the cave just above your head and there is still something to look at.

The cruise has another break, when the ships depart for a tour of the beautiful Masaryk Dome

Finally, daylight appears, we sail to the spring of Punkva

The view from the other side is nice. A visit to the Punkva Cave and the Macocha Abyss is really worth it.

A walk through the empty gutter

Trip to Vranov near Brno

A tour of the Stone Quarter in Brno

Visit to the Slavkov u Brna chateau

Giga List: The most beautiful trips in the Moravian Karst

The Moravian Karst is the most important karst area in the Czech Republic. Trips will take you here mainly to the local beautiful… continue reading

Brno is not only the second largest city in the Czech Republic, but also a great starting point for trips throughout South… continue reading