Fez is the former capital of Morocco, which is still the cultural and educational capital of the country. The city is listed by UNESCO, especially its historic part, in the past the center of the rich and Jewish merchants, today the poorest live here. The city was founded in 789 by the great-grandson of the Prophet Muhammad: Moulay Idriss, who came to these ends to spread Islam. From the 16th century, when the capital was changed to Marrakesh, the gradual decline of the richest city in Morocco began.

In the past, one of the basic defensive pillars of the city, which lost its meaning after the country was colonized by the French and the surrounding area was entirely under their rule.

One of the entrance gates to the historical part of the city, which you have to go through if you want to visit the historic medina, there is also a park nearby, which was unfortunately closed at the time of my visit, but is one of the city's biggest attractions.

In addition to the main bazaar in the Medina, there are several streets in the wider vicinity of the center, which are full of small shops, where you can buy things without crowds of tourists and especially at more affordable prices. In the background you can also see the balconies that were typical of French architecture during the colonial period.

The historic medina is full of shops, at present it is an attraction especially for tourists, you can buy everything from food, through clothes, spices to typical Moroccan souvenirs.

One of the most famous parts of the historic center are tanneries, which have been operating continuously since the city was founded. In order to be able to see them, the locals will be happy to take you to the roofs of their homes, in most cases you will also have to pay for it, but if you are lucky, you can also see them for free. 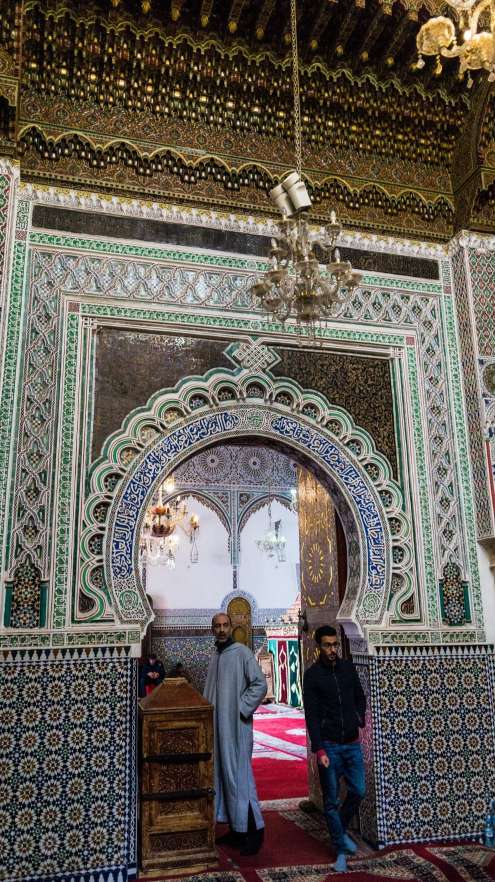 Entrance to the mosque

One of the many mosques in the city, where entry is forbidden, but what they do not recognize Islam, unless you look like a typical Moroccan and have cameras everywhere, then you will be let there. 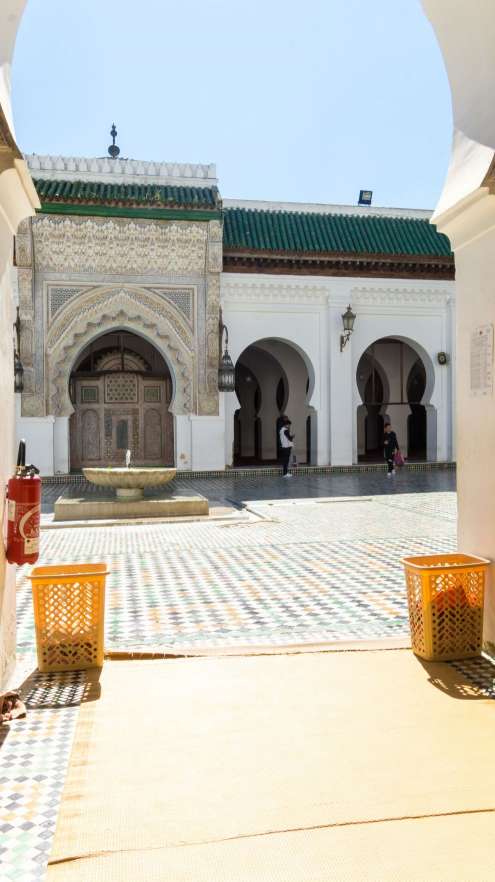 The oldest university in the world, which was founded in 859, which is also registered in UNESCO, but you will not see more than this courtyard from the university, as it is an Islamic university and unless you profess Islam you are forbidden to enter the university. The university is one of the most important centers of Islamic education in the world.

One of the few mosques in the city, which is also a university, but it is possible to overlook its courtyard, where you can see the local architecture.

If you manage to get to the roof, you will see some parts of the medina, which indicate that the historical part is concentrated only in poverty and its best parts are long gone and the richest Jewish merchants have long since left the city and in most cases the country.

Travelogue with children to Gibraltar and Morocco

Driving through the gorge Dades 2

Hike above the gorge of Todra

Outlook road to Oasis of Tineghir

Trip to gorges Dades and Todra