Or the former capital of Menorca

Ciutadella is located at the western end of the island and is, together with Mahon, the most important town in Menorca. It is even the former capital and now the island's most populous city. The city was founded by the Phoenicians in the 4th century and immediately became the seat of the bishopric. The Moors ruled here for several centuries, but then the island was once again annexed to the Crown of Aragon. During the Middle Ages, the city was an important trade center. Most of the current layout of the streets of the old town dates from the 9th to the 11th century. The city was the seat of the British governor of the island and the university of Menorca until 1714. At that time, it was occupied for a while by the British, who moved the seat to Mahon. However, the bishop refused to move, and Cuitadella remained the religious center of the island. 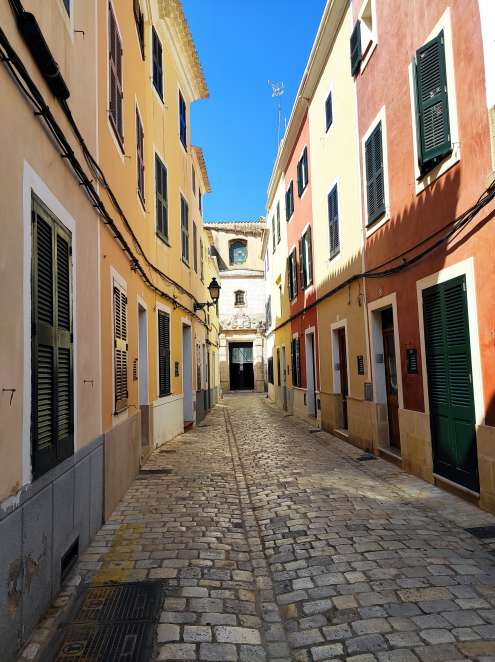 The historic core has retained its medieval character. Here we can find beautiful noble palaces, picturesque streets, churches and a cathedral. Two bastions are also preserved – Bastió of sa Font and Bastió des Governador. This is the reason why the city was declared a national cultural monument. It is considered one of the most beautiful cities in all of Spain.

The construction of the cathedral lasted from 1300 to 1362. It was built from local limestone in the Roman style. Over the centuries, it was destroyed and rebuilt several times, most recently in the Catalan Gothic style. 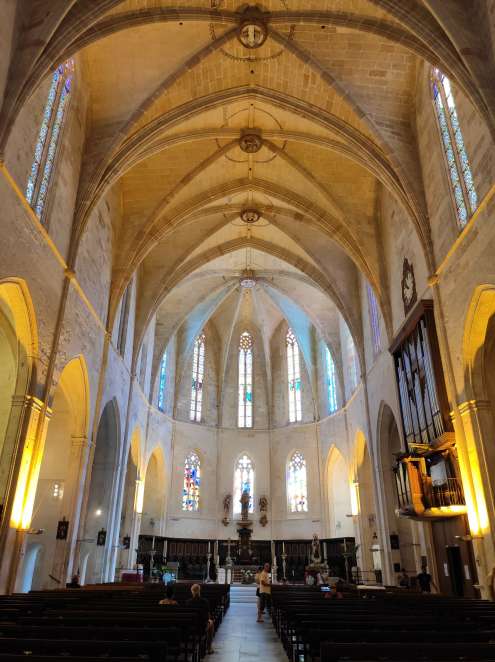 The cathedral is entered through a side entrance and there is an entrance fee. However, despite the fact that the entrance fee is quite high, the ticket is also common to the nearby monastery, in which the museum is located. The interior of the cathedral is repaired. The space is dominated by a new organ that replaced the original one, destroyed during the civil war.

The entrance to the cathedral also includes the spaces behind the church, where there is a sacristy and an exhibition of religious objects.

Moving around the city

If you find yourself in Cuitadella, don't forget to try the local pistachio ice cream, because you won't find a better one anywhere.

Since our ticket included entrance to the museum, we decided to look for it. The Museo Diocesa is located in an extensive monastic complex. After entering the premises, the first thing that catches our attention is the inner courtyard with the garden.

Interiors of the monastery

In the monastery complex, you can see an archaeological exposition, natural history exhibits including a whale skeleton, historically equipped rooms, or, for example, a monumental ceremonial hall. 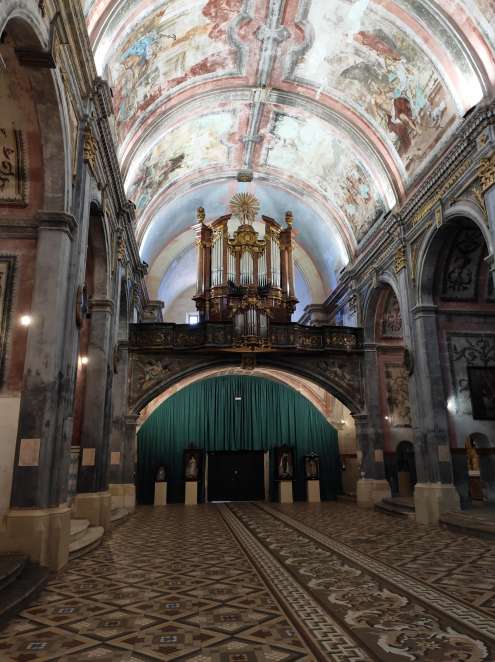 Of course, the church also belongs to the monastery. The one here is beautifully decorated, however, the decoration and the altar are badly damaged from the time of the civil war.

Upon further investigation, we come across the local fish market. In addition to fresh fish, you can also buy fresh vegetables and other products here.

As you explore the city further, you can admire the number of churches. History just radiates from the narrow streets and beautiful buildings here.

Somewhat away from the historical center is the metropolitan museum located in the historical building of the original bastion from 1677. In the museum you can visit an exhibition about the history of Menorca.

However, Cuitadella is primarily a port city. The bay here is narrow and reaches deep into the city.

On the edge of the harbor is the Sant Nicolau castle. The fortress was built in 1680–1682 and served to defend the local port.

From the port of Cuitadella there is a regular ferry to the neighboring island of Mallorca and to Barcelona.

From the museum we reach the largest square, Placa des Born. Here is the town hall and a monumental obelisk from the 19th century. We can also admire a beautiful view of the local harbor.

Of course, the square is dominated by a huge obelisk. However, the noble houses that surround it are no less interesting. Some of the noble houses in Ciutadella still belong to important families who either live here or allow tours of their residences.

Visit to the necropolis in Cala Morell