Or Štramberk is not just a Trumpet

Terka Petingerová
Wrote 77 articles and follows him / her 5 travelers
(2 rating)
Caves Cities
© gigaplaces.com
Suitable for:
Excursionist
They been there:
+4
They want there:

Štramberk is a unique Moravian town with a unique atmosphere. Wedged between the hills, with its wooden houses, the scent of Štramberk ears and the Trumpet towering majestically over the city, it looks very picturesque.

Štramberk is interwoven with picturesque streets, houses and gardens, which overlook the dominant feature of the town, Štramberská Trúba.

Štramberk Castle was probably founded in the 13th century. In 1783, part of the castle collapsed and was not repaired again. Its walls were dismantled into other buildings. In the years 1901–1903, the cylindrical tower was saved and rebuilt into a lookout tower – Štramberská Trúba. The walls were also partially repaired.

View from the Trumpet

We put on our veils and climbed the Trumpet. The view here is really fabulous, but the most interesting was the view of the town. 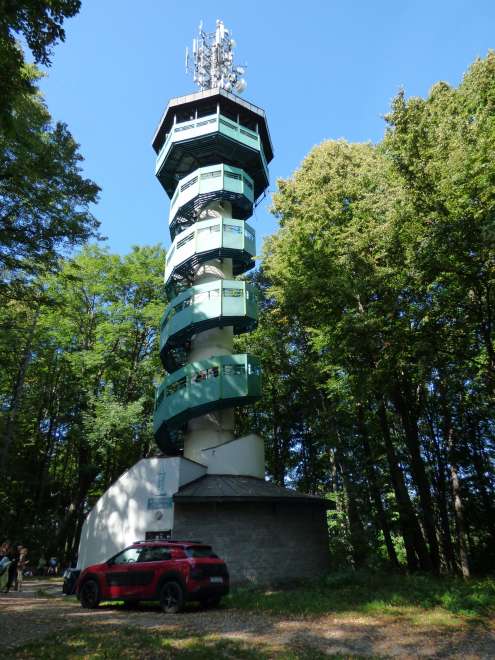 From Trúba we continue along the blue tourist sign to the Bílá hora hill with the lookout tower of the same name from 2001. Its author found inspiration in the structure of DNA – the staircase of the lookout tower, which has 136 steps, wraps around a concrete column up to a height of 26 meters.

The lookout tower offers a nice view of the highest peaks of the Beskydy and Hostýn Hills, Novojičínsko, Oderské vrchy and the Ostrava Basin. At present, the view is already beginning to be obscured by trees.

Mining in the former Kamenárka quarry ended in 1880. It is a significant outcrop of Štramberk limestone, in which over 600 species of Mesozoic fossils were found. At present, it is protected as a natural monument, as together with the NPR Šipka it is the only place of occurrence of the wall lizard and the reintroduced butterfly of the red-eyed ash in the Czech Republic.

The last thing we would expect here was the botanical garden. The Botanical Garden was established here in 1999 in the former Dolní Kamenárka quarry. Both drought-loving plants and species bound to the limestone subsoil and wetland plants around the lakes grow here. It is a beautiful, quiet place. In the quarry area there is a stone labyrinth and the Pilgrimage Cave, discovered in 1999.

On Štramberk Square, it is full of factories and stores of Štramberk ears that smell from afar. Various cultural events also take place here. We came across a competition of marching bands together with a competition for the best goulash.

The Šipka Cave is an important archeological site. In 1880, during an archaeological excavation, Karel Jaroslav Maška discovered Šipecká's jaw – a fragment of the jaw of a Neanderthal child from about 40,000 BC The cave is freely accessible.

View of the city

From the Šipka cave is also one of the most beautiful views of Štramberk. 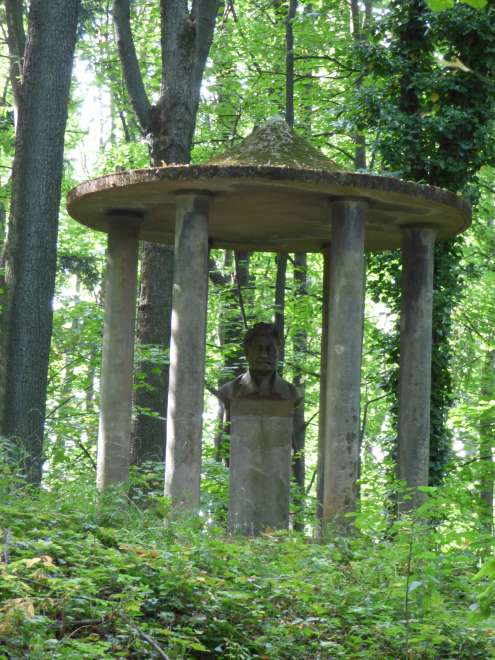 Šipka Cave is located in a „park“ called Národní sad. It is a so-called gallery in nature – there are statues, busts and memorial plaques paying homage to important Czech personalities. The gallery was inaugurated in 1922, but over the years the original sculptures have been replaced by copies. In the photo you can see a bust of Leoš Janáček, looking towards his native Hukvaldy.

An unofficial footpath leads from the National Park to the edge of the Kotouč quarry. The quarry was founded in 1881 and is still active. The quarry has already cut most of the Kotouč hill, before 1959 the top part, on which in the past there was a prehistoric and probably Slavic fort, disappeared, and where in the 17th-18th century. Jesuit pilgrimage churches stood in the 19th century.

Attractions of the town of Kopřivnice

A tour of Starý Jičín Castle

North of the Beskydy Mountains and south of the Odra River you will find the picturesque Podbeskydská Uplands. You will find a… continue reading