Only seven kilometers away (along the road or the seafront promenade) from Marmaris is located in a nice cove massively growing town of Icmeler. It was earlier an alternative for those who wanted to leave the bustle of Marmaris. But it looks now similarly, however in a slightly smaller scale. So those who want to have peace must continue to Turunc, Kumlubük and further. But even so, there is a better beach than in Marmaris and it is just a few minutes in a dolmus to get here.

From the promenade leading from Marmaris there is an amazing panoramic view of the entire bay of Icmeler. The beach is about a kilometer long and is in most places densely planted with deckchairs of the adjacent hotels. The surrounding mountain panorama is nice, but in comparison for example with neighboring Turunc it is decidedly less impressive.

The look to the opposite direction than to Icmeler is of small beaches neighboring to the beach promenade. You can also see in the picture the road leading to Marmaris, which leads  through pine forest relatively high above sea level.

The beach in Icmeler

Icmeler was shown in older guides as an oasis of calm. However, this is no longer true. There are lots of tourists even at the end of the season. But the beach is here definitely wider and better than in Marmaris and local hotel buildings give certainly more pleasant and airy impression. Unfortunately, some hotels are here also too monumental and spoil the overall atmosphere.

View from the beach

The views from the beach of the islands and mountainous surrounding coastline are very nice.

There is a lane dedicated for cyclists in Icmeler on the boardwalk, so their riding is much more pleasant than in Marmaris. There are the most of shops and restaurants around the promenade.

Also here are the canals withdrawing water from mountain streams when it rains. The surroundings around them are quite picturesque. 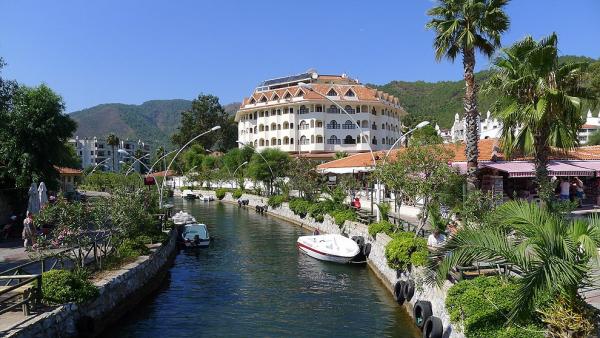 The most beautiful view from Icmeler is of almost 550 meters high rocky ridge soaring on the south side of the cove.

There is quite dense water traffic in Icmeler – boats departing to the nearby coves, boat taxis to Marmaris for 10TL (2013 ) or yachts sailing along this beautiful coast. 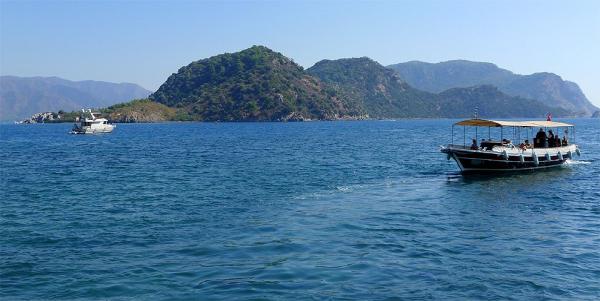 The harbor is quite picturesque – there are rather smaller boats than very large ships.

From the pier in the harbor is the most beautiful views of the imposing cliff rising directly more than half a kilometer high from the sea. 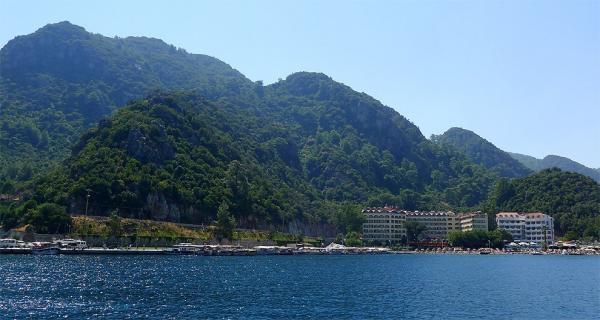 From the harbor pier you can see across the bay to the town and clearly visible difference between public beaches without sun loungers and people and private hotel beaches that are literally lined with sun loungers. 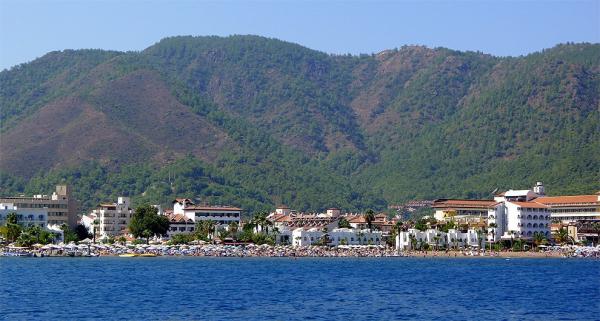 Beautiful views are also of the open sea with the islands.

Marmaris is destination mostly for tourists preferring all inclusive package tours, but it is possible to undertake here also… continue reading

Boat trip from Marmaris I.

Beach and promenade in Marmaris

Visit of the old part of Marmaris

Walk in the port in Marmaris