A tour of the Sázava Monastery

Terka Petingerová
Wrote 75 articles and follows him / her 5 travelers
(1 rating)
Sightseeing Religious buildings
© gigaplaces.com
They been there:
They want there:

The Sázava Monastery was founded in the 11th century. Prince Oldřich and the hermit Prokop were the main contributors to his birth. At that time, the monastery was the center of the Old Slavonic liturgy. In 1096, the local monks were expelled, the monastery was taken over by the Benedictines from Břevnov, and since then only the Latin liturgy has been cultivated here. The monastery was abolished in 1785 and its buildings (except the church) were rebuilt into a castle.

The oldest part of the monastery

In the monastery garden are the foundations of the original church of St. The cross consecrated in 1070. The church was unique because it was a so-called tetraconchu, or a building with a floor plan similar to a four-leaf clover (a square with four apses). This type of construction was typical especially for Eastern Europe.

In the chateau garden, in addition to domestic woody plants, we can also find a specimen of a less common woody plant – Gleditsia triacanthos – which cannot be overlooked, mainly due to the large pods.

At the beginning of the 14th century, the construction of a new church in the Gothic style began. However, it was never completed. The construction was interrupted by the Hussite wars and the local monks were expelled.

During the 17th and 18th centuries, a new Baroque church was built. Other monastic buildings also underwent a Baroque reconstruction. 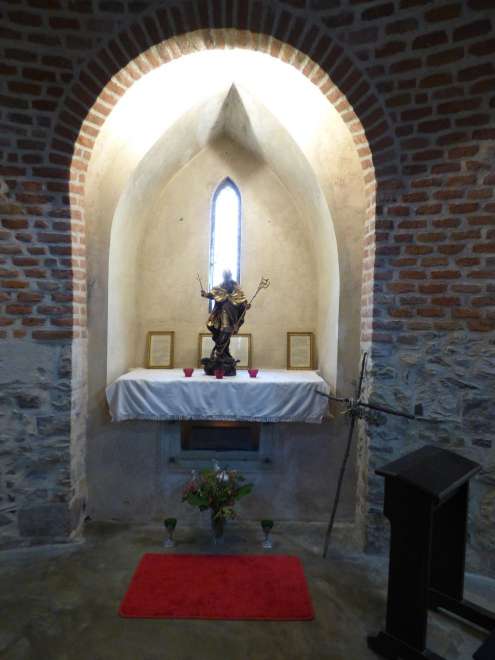 In the crypt of the baroque church are the remains of St. Prokop. 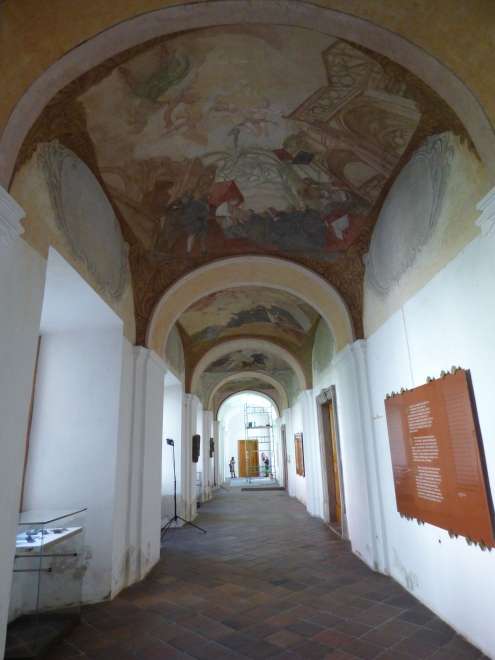 The Hall of the Cross

The cloister is decorated with frescoes. However, they are largely covered by a very thick layer of white paint. For this reason, gradual restoration work is underway here.

The frescoes have different motifs. In addition to biblical motifs, we can also see, for example, St. Procopius with a devil plowing a furrow.

Each monastery has its own garden of paradise and Sázavský is no exception. The local cloister was formerly the arcade leading around the Garden of Eden. 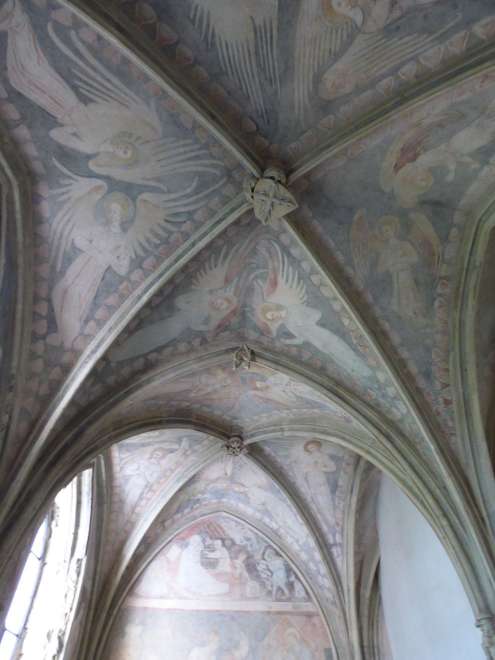 The local chapter hall is the only room where the paintings have been preserved almost without damage. In this room you can also see where the original terrain of the floor was, as several steps lead to it from the cloister.

Sightseeing trip in the Sázava valley

A tour of the Rataj nad Sázavou chateau

A tour of the Komorní hrádek castle

A tour of the Smokes

On a short section of the Sázava River you will find four interesting monuments – the majestic Český Šternberk Castle, the… continue reading

Giga List: The most beautiful trips to Dolní Posázaví