Tour of the mysterious cemetery in Bautzen

Petr Liška
Wrote 2214 articles and follows him / her 204 travelers
Other Sights
Author: Petr Liška © gigaplaces.com
Suitable for:
Excursionist
They been there:

If you want to visit some interesting and mysterious place in Bautzen where there are practically no tourists, head north of the center to the local cemetery – Nicolaifriedhof. There is a church ruin – Nikoleikirchruine, reminiscent of the atmosphere of the ruins of monasteries in Ireland. In addition, there are interesting views not only of the castle 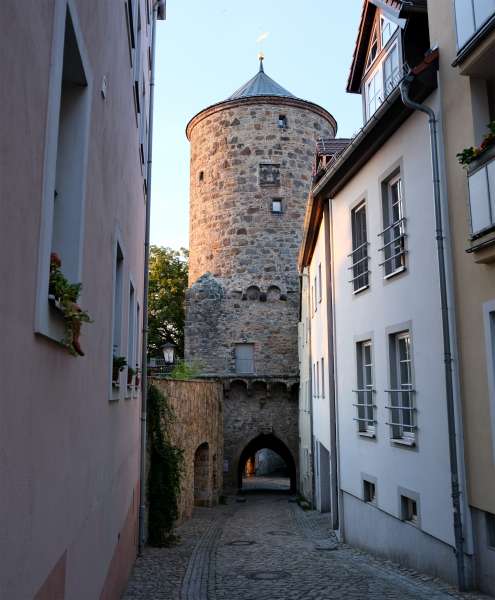 From the city center, head north along Nicolaipforte street until you reach the Nicolaiturm tower after a while. The cemetery is right behind it.

At first glance, the cemetery doesn't look that interesting, but that changes when you start exploring the ruins of the church here.

Ruins of a church

The church was already built in the 15th century. The church was damaged several times during the siege of the city and also partially burnt down. Today you can find gravestones and a small chapel inside the ruins.

Interior of a church ruin

View of the castle in Budyšín

As the cemetery is built on a rocky promontory, it also offers a nice view of Buda Castle, which is located a little further away.

View of the rock lookouts

Directly below the cemetery is a bend in the Spree river and behind it are rocks from which there is an excellent view.

After the tour, head down the pretty stone steps and continue on to the rock lookouts

A visit to the Spreebad Bautzen swimming pool

Road to the North Pole