On the island of western Bohemia

Dominika Charvátová
Wrote 119 articles and follows him / her 11 travelers
(1 rating)
Cities Walks
© gigaplaces.com
Suitable for:
Car tourists
Families with children
Families with a stroller
Seniors
Hikers
Excursionist
They been there:
They want there:

Just 40 km from Karlovy Vary and a stone's throw from the German border, you will find a city ideal for visiting in the afternoon. A pleasant walk through the town of Cheb has a lot to offer thanks to its rich history, but it is also a picturesque West Bohemian town with colorful houses on the square. The town lies on the river Ohře, along which you can walk on both banks.

The heart of the town is the central square of King George of Poděbrady, where the Cheb Museum is an interesting building. It is housed in an important burgher house, which is called Pachelbel's. The house dates from the 14th century and is famous especially for the fact that Albrecht of Wallenstein was murdered here.

On the square we find a total of 51 important historic buildings arranged in a rectangle. One of them is the Cheb town hall with a distinctive clock tower and a yellow facade. Inside you will find a fine art gallery. In front of the town hall is the fountain of the knight Rolandado from 1591, which symbolized the market rights of the imperial cities. The people of Cheb called him „Wastl“.

The historic pearl of the square can be found at the bottom. It is a picturesque group of eleven – originally medieval merchant houses, ie the legendary Špalíček. 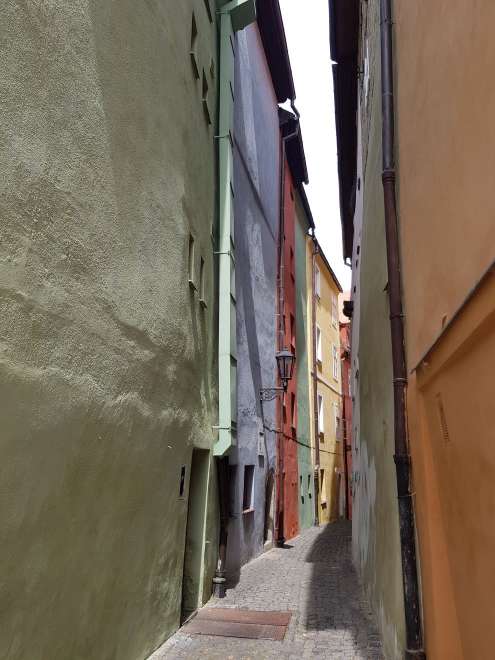 Probably the most famous and narrowest street in Cheb can be found just between the colorful houses of Špalíček. It is a truly picturesque spectacle and a nice historical experience. 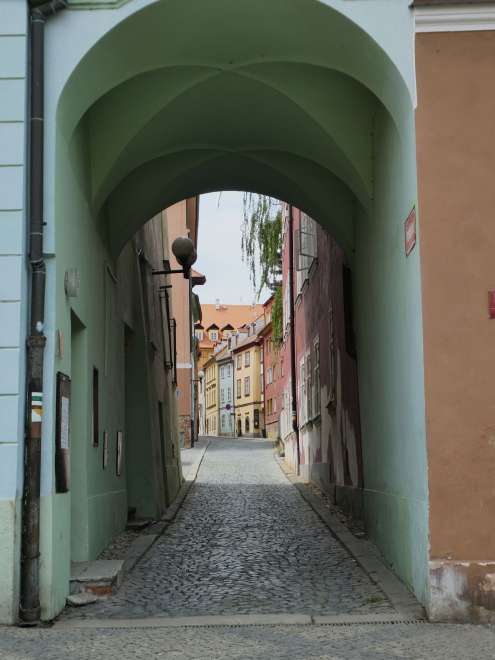 There is really something to look at and enjoy in Cheb. There are countless hidden corners full of colors and small houses glued together.

Further down the hill below the square, at the crossroads, you will find this fountain with a sculpture of master, companion and apprentice by Adolf Mayerl, which was unveiled in 1926. The grille is decorated with 33 emblems of individual guilds.

When visiting the city, you should definitely not miss the Romanesque Church of St. Nicholas and St. Elizabeth, which was built in the 13th century. You will find it on the way from the square further down the hill towards the river.

Another dominant historical monument is Cheb Castle. Romanesque Palatinate in Cheb with a preserved tower and a two-storey chapel and the remains of a palace built for Emperor Friedrich Barbarossa around 1180. At the castle we can visit the Black Tower, which will surely interest you before entering the castle. It got its name thanks to the characteristic color of volcanic tuff, which was used as a building material for its construction. The Black Tower was built at the same time as the castle and is now considered to be the oldest standing Cheb building. Cheb Castle can be found in the historic center of the city on the banks of the river Ohře. 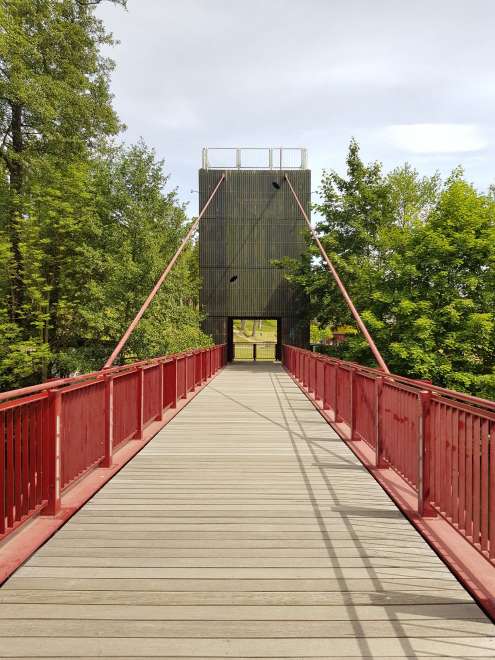 A walk along the Ohře River and around the athletic stadium will take you to the bridge lookout tower, which was built in 2006 according to the design of Ivan Němec and David Vávra as part of a steel footbridge over the river for pedestrians. The lookout tower is 10.5 meters high and after climbing 51 steps you will have a view of the nearby river.

View from the observation tower to the stadium

From the tower you have a beautiful view of the river and the footbridge across it, as well as the athletic stadium, which has Cheb Castle and the church tower in the background.

The cross of Princess Pascalina

The most famous island of the Czech Republic is occupied by the world-famous Karlovy Vary. It is famous mainly for its spas –… continue reading