A walk around Vyšehrad

View from the walls

Dominika Charvátová
Wrote 120 articles and follows him / her 11 travelers
(1 rating)
Castles and ruins Walks
© gigaplaces.com
Suitable for:
Families with children
Seniors
Hikers
Excursionist
They been there:
+14
They want there:

On the right bank of the Vltava rises the second largest castle in Prague, the historic fortified settlement of Vyšehrad. A walk here to its walls, which rise to 230 meters above the river, attracts not only couples in love. The castle, which dates from the second half of the 10th century, is an integral part of Czech history. According to legend, it was founded by Prince Krok, chosen as the seat of King Wrocław II in the 11th century, who also established the Vyšehrad chapter here. At present, you will also find a national cemetery here. 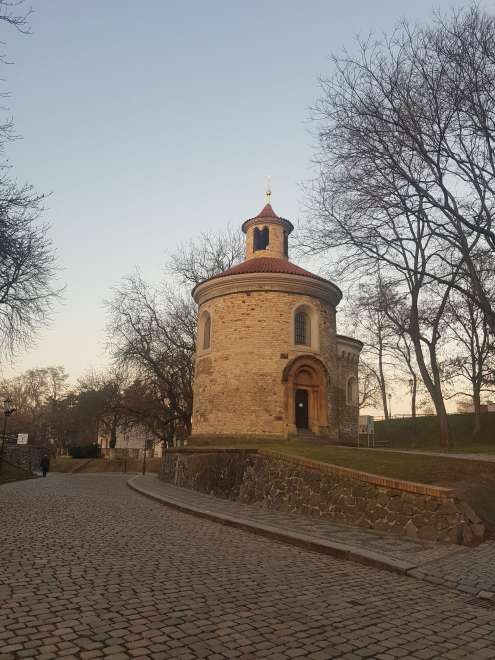 It is best to choose to come to Vyšehrad from the metro station of the same name. First, you can see the Nusle Bridge and the Nusle district below it in the valley. At the same time, it is only a few steps to the fortification gate, which guards the entrance to the entire complex. After passing through the gate, head further along the path that leads around the rotunda of St. Martina. It is the oldest preserved rotunda in the territory of Prague and at the same time the oldest building in Vyšehrad. It was built during the reign of Wroclaw II. in the 11th century.

From the rotunda turn left and after a few meters you will find yourself on the walls themselves with a beautiful view of the Vltava River, the Podolí district and also the vineyard below you.

View of the Vltava

The view from the region through the castle offers a view of the river with boat docks and you can see all the way to Braník. 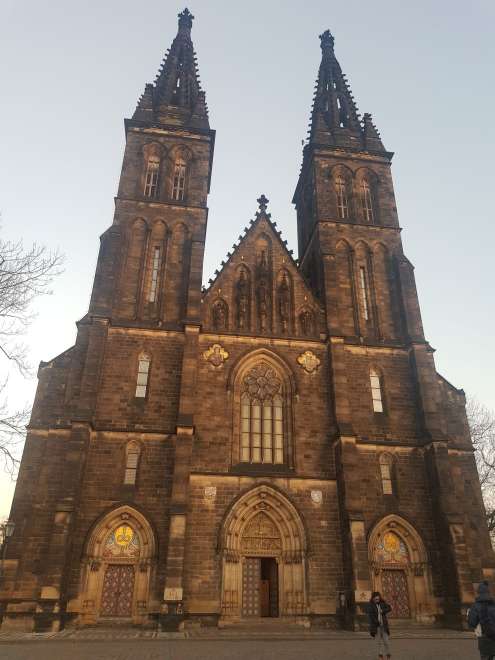 Church of St. Peter and Paul

After a few steps on the walls, the dominant feature of the whole of Vyšehrad begins to be uncovered, and that is the church of St. Peter and Paul. It was founded by King Wroclaw II. The renaissance reconstruction took place around 1575. Today, the church is after a pseudo-Gothic reconstruction according to Josef Mocker from 1885 to 1887. The front towers were built in 1903 according to the project of the architect František Mikš. 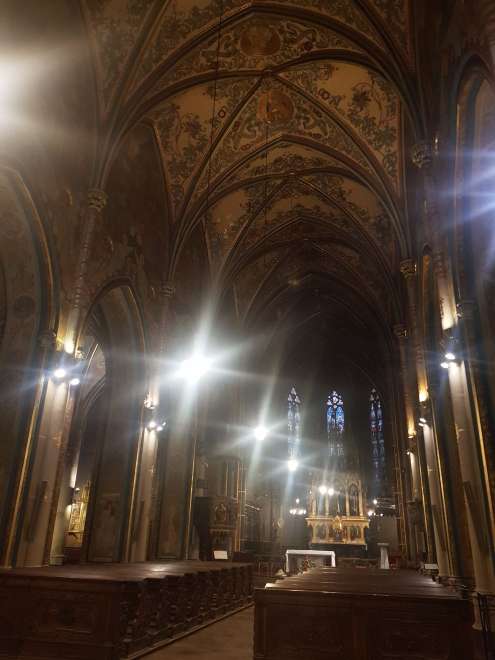 The interior of the church of St. Peter and Paul

Admission to the church is free, so you can peek at any time and gain some peace in the middle of the city.

In front of the church there is an entrance to the Vyšehrad Cemetery or "Slavín Cemetery near the Church of St. Peter and Paul in Vyšehrad ”, which has been a national burial ground since the 19th century, a resting place for important Czech personalities and their families. You will find important actors, singers, scientists, politicians, playwrights, writers and athletes.

The walls run around the entire Vyšehrad complex, so you can walk around them and get views in different directions. On the other side of the Vltava you get a view of Nusle and a duvet of red roofs.

At the nearby building of the New Provost's Office you will also find a maze paved in the area in front of the church.

View of the railway bridge

Before the very journey from Vyšehrad down to the river on the embankment, you can enjoy the views towards Petrin Hill, Prague Castle and the railway bridge below you. In Vyšehrad you will also find this smaller open-air theater, used in the summer months. 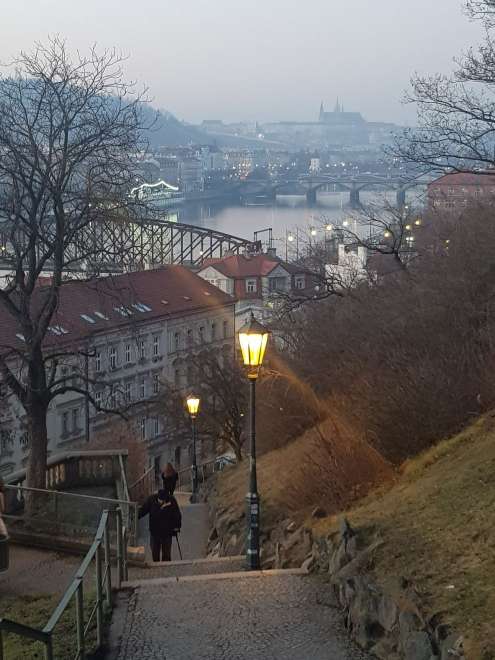 Stairs from Vyšehrad to Náplavka

You can get down to the river very quickly, but unfortunately not barrier-free. There are relatively steep stairs leading up the hill. Along the way you can enjoy the view of Prague Castle and the bridges over the Vltava in the window.

Mirroring of the railway bridge in the Vltava

At dusk, the last remnants of light from the sun setting behind Petřín Hill are reflected on the Vltava. You can thus observe perfectly impressionist living works that nature paints on the surface.

Walk from Charles Square through Charles

How to enjoy Prague untraditionally

The view from the Petřín lookout tower

A tour of the St. Agnes Monastery

A tour of Hradčany Square