On bike to the Cape Choboi

Olkhon is the largest island on Baikal and there are the most sacred places of buryats at the same time. Maybe that's why it is also called the heart of Baikal and the visit is definitely worth it! The center of Olchon is the village of Chuzir (about 1000 inhabitants), where you can find accommodation and arrange transport by boat. In addition, you can rent a bike here, which can be an ideal means of transportation around the island. Especially nice is a trip to the northernmost point of the island „Cape Choboj“, to which are, like to a lot of other places on the island, related legends.

Directly on the beach in Chuziru there is one of the most photogenic places on lake Baikal and the most sacred place of Buryats – Shamanic rock. Several hundred meters away you can also camp out on the sand beach or spend the night in an accommodation establishment in the village, where you can also borrow bicycles. 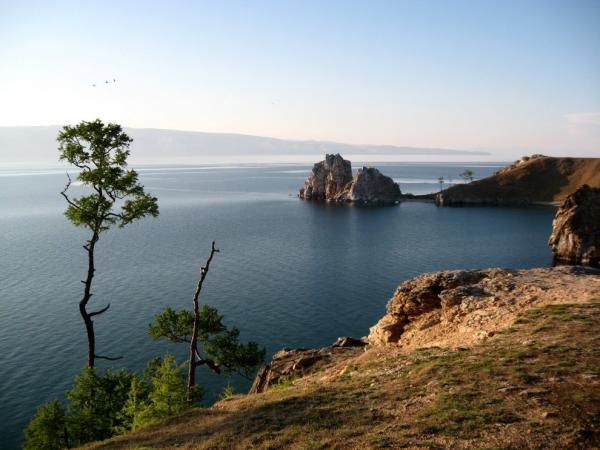 On the way to the northernmost point of

From Chuziru leads a „road“ to the north – nice dirt road along the west coast. It passes through several „villages“. However, the possibility to buy something is limited, because the villages are only a few houses altogether. 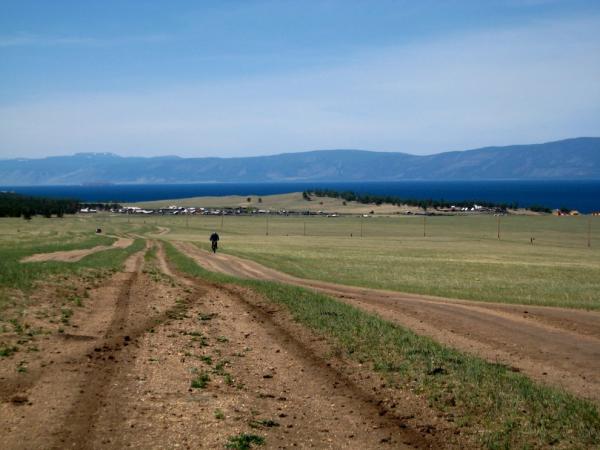 Along the way we find telltale signs that we pass through the sacred places of Buryats. Beautiful views of the blue waters of the Small Sea channel and the mountain peaks on the other side open. 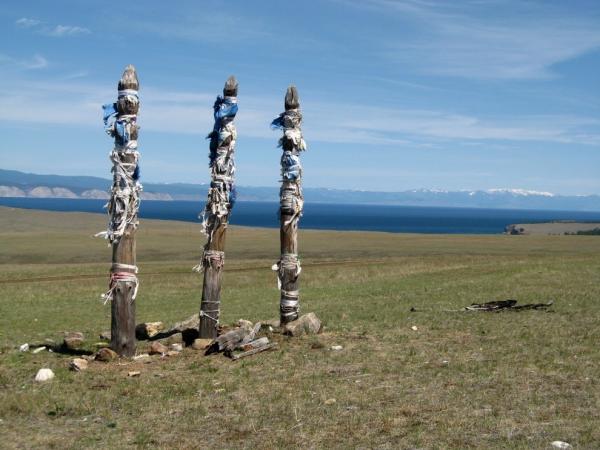 About 10 km before the destination we pass through „Pescanaja“. This name is apt, because it is necessary to overcome the area with small sand dunes, where cycling is quite difficult. There are also several tumbledown fishing lodges. The path rises behind them and before entering the forest we have the houses at our fingertips. 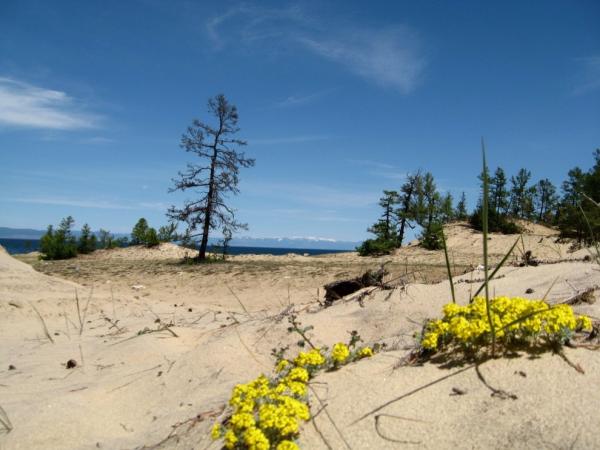 Already close to the destination appear also the views of the eastern side. You can ride to the cape „Sunte-Levij“ from where appears in the distance behind the steep cliffs the peninsula „Holy Nose“ and also „Uskani islands“ can be seen in good visibility. A few kilometers behind then remained the highest mountain in Olchon, which deserves a separate trip. There is only a small hill with no more than 10 minutes ride remaining to the destination. 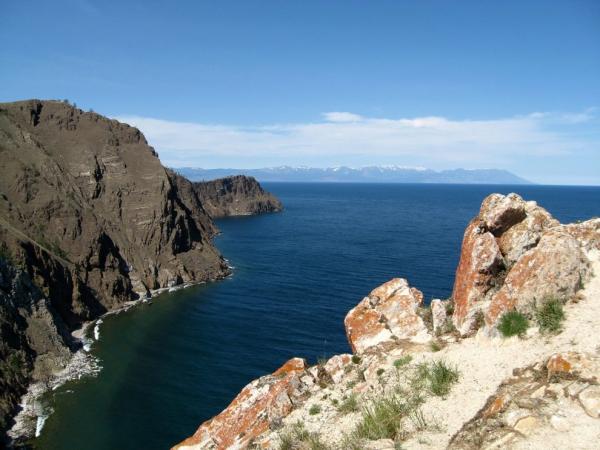 Cliffs are approaching to each other and end exactly with the cape Choboi. You cannot go more to the north on Olkhon. You can enjoy the beautiful views of the blue sea and „Pribajkalsky ridge“, behind which one of the siberian great rivers – the river Lena springs. The way back to Chuzir takes about 35 km by the same route. 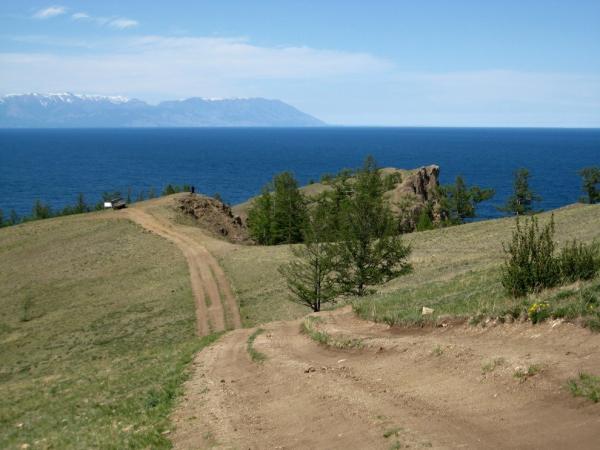 Trek from Sumak to Arsan

Trek in Valley of Sumak

Ascent from Nilovka to pass Shumak

Hike through the valley of Middle Irkut

The ridge with pass Gorelova