Donovaly is located on the border between Velka Fatra (“Great Fatra”) and Nizke Tatry (“Low Tatras”). Part of the Low Tatras near Donovaly is called Starohorske vrchy (“Old mountains”) and provides possibilities of quite short and easy trips, during which you can enjoy beautiful views of the surrounding mountains. This hike has its charm in every season, but in early spring are meadows dotted with thousands of just blooming saffrons, which please not only lovers of botany.

Donovaly is relatively well-known ski resort, which lies on the main road between Banska Bystrica and Ruzomberok. It is a convenient place to start hike either in the direction to the Great Fatra or to the western part of the Low Tatras. There is a good bus connection and you can easily park here or find accommodation. Bear on the column suggests that the surrounding forest is inhabited by different animals including bears. 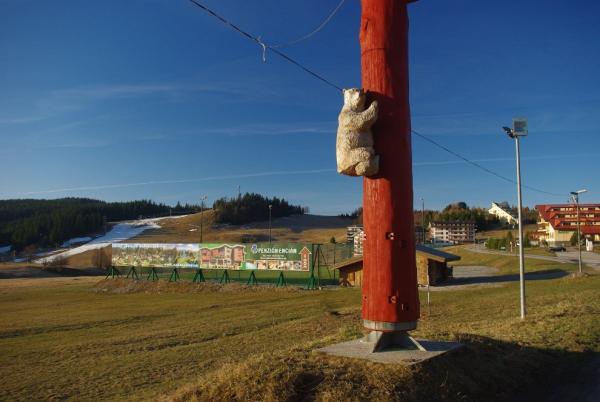 We set out along the red trail, which leads first along the road. After a few hundred meters begins to appear behind mountain meadows the main ridge of the Great Fatra. But we soon, however, lose the sight of it, but we will enjoy the views of it later during this hike. 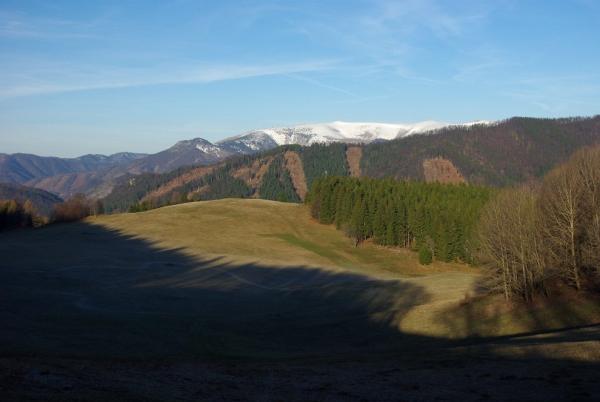 We bypass a small hill and across the meadows, where you can ski in the winter, we will see a substantial part of village Donovaly. Above it rises the hill Zvolen. On the right hand side to the east is then partially hidden behind the forest the main ridge of Low Tatras. 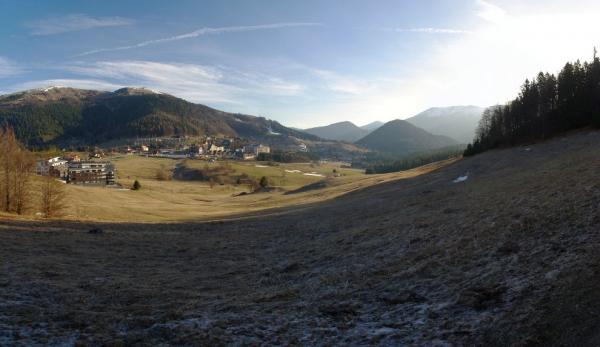 Directly above the village rises the massif of 1400 m high Zvolen. It already belongs to the Great Fatra and if we walked from Donovaly along the red trail to the other side, the ascent to its top (where also a cableway leads) would have awaited us. 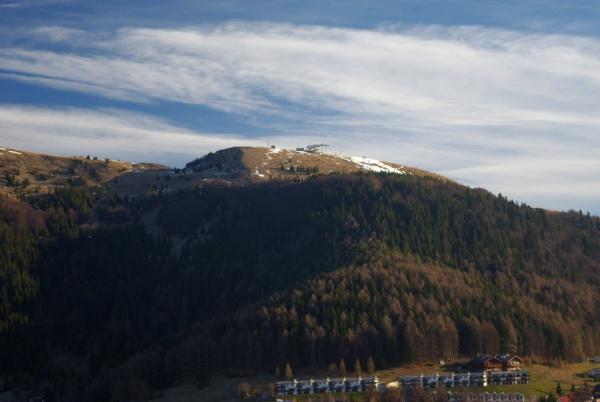 We continue on to the local area Polianka. There is a small church. From here the way leads mostly through the woods and we will not enjoy the views for about an hour. 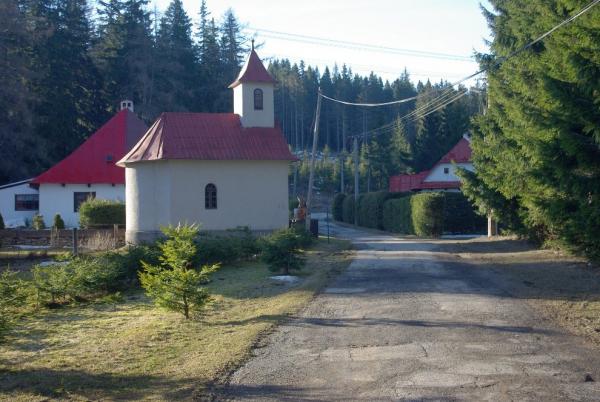 We will bypass the top Barania hlava (“Ram´s head”) in the forest. On its other side there are stone seas and we set out to the meadow behind them. Now awaits us a short ascent to the beautiful mountain meadows, from which open stunning views for example to the ridge of the Great Fatra.

We are at the top of Kecka. It takes here from Donovaly maximum of two hours, but the views are breathtaking in all directions. In the east we can see the massif of Zvolen with Donovaly and further to the right (north) the northern part of Great Fatra (Smrekovica and Skalna Alpa). In the back to the right then solitary rises Velky Choc.

The ridge of the Low Tatras

Before us we can see through the meadows Kozi Chrbat (“The Goat´s ridge”) and behind it rise majestically the last peaks of the main ridge of the Low Tatras (Prasiva, Velka and Mala chochula). Entirely on the very left then peek out the snowy peaks of the end of Western Tatras. If we turn more to the south, we will see in haze in the distance other central Slovak mountains (Veporske vrchy, Polana and Kremnicke hills in the southwest).

In the very early spring, just after the snow comes down, purple spots begin to appear on the sunny meadows. This is a proof that thousands of saffrons begin to bloom. They enhance the unforgettable atmosphere of the surrounding meadows. 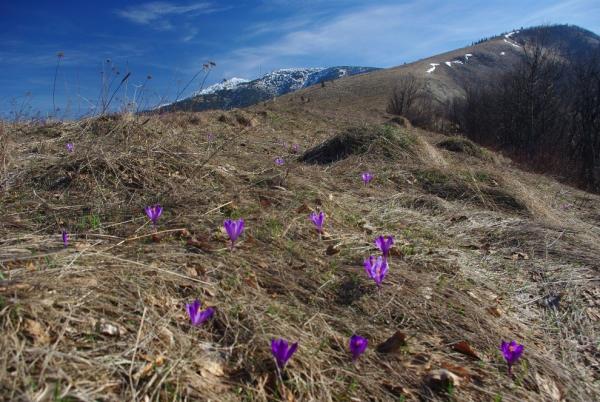 If we have enough time and energy, it is then worth to ascend to Kozi Chrbat (“The Goat´s ridge”). The ascent should take us for about half an hour and we will be rewarded by another views of the main ridge of the Great Fatra with Zvolen in the foreground. We can get back by the same way or descend into Hiadelske sedlo (“Hiadel pass”). and then back to the road to Korytnica. More experienced hikers can continue in the direction to Prasiva to the main ridge of the Low Tatras. 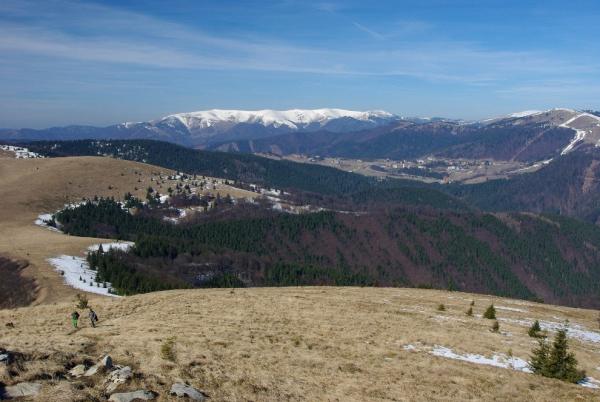 Hike across Prielom pass to the Polish ridge